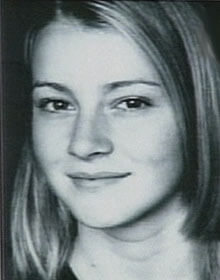 On Tuesday, the sixth and final remaining manslaughter charge in the Boxing Day shootings that killed 15-year-old Jane Creba and wounded several others in 2005 ended in acquittal. Two others, who actually fired weapons, had previously been convicted of second degree murder. G.C., whose full name is withheld because he was a minor at the time of the shootings, was, like the five manslaughter defendants acquitted before him, being charged with having a “common unlawful purpose” with the shooters, despite not carrying any firearms. With good reason, the Crown is now 0 for 6 in these manslaughter prosecutions.

Though, like many observers, I lamented the outsized attention these shootings received, I can understand why they caused such a stir. This was, after all, a shooting with indiscriminate victims, in a major urban center, during a national holiday, and the details of Creba’s death are both heartbreaking and infuriating. Nevertheless, the Boxing Day shootings didn’t warrant anything like the hysteria that ensued. Despite being part of a larger wave of gun violence in Toronto, incidents like this were hardly commonplace, and other shootings that killed bystanders received a small fraction of the attention because their victims failed to elicit the same degree of nationwide sympathy. It may not immediately seem like it, but Tuesday’s acquittal amounts to a small measure of justice, and a necessary pushback against the culture of panic.

G.C. was a gang member who freely chose to associate with Creba’s killers; that he is, or at least was, an unsavoury character seems quite clear. Also clear is that the Crown overreached, almost certainly in response to the public outcry. “A person cannot be guilty of manslaughter merely because he was present when his companions committed murder,” explained Justice Anne Molloy. “He must have some actual connection to the wrongdoing.” How depressing that this need even be said.

Though our media and politicians have yet to fully succumb to — or perhaps just failed to master — the lurid exploitation of tragedy that’s so common in the United States, we aren’t immune to its effects. The overwrought response to Creba’s murder — from public hysteria, to media fulminations, to governmental overreach — isn’t all that different from responses to terrorism, in which extremely rare violent acts warp our perspectives to the point where we lose sight of anything beyond our primal reactions. It’s hard to tell if G.C.’s flippant post-acquittal behaviour showed a lack of remorse, or merely understandable relief. In either case, he never should have been tried, and his release is a welcome rebuke to a troublesome trend.