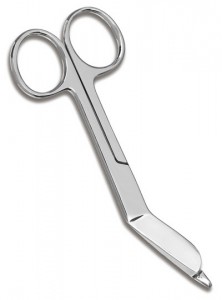 To snip or not to snip? Circumcision is a divisive procedure, and current science offers little help in the decision.

A few years ago I was assigned a story about circumcision for a national women’s magazine. My research into the topic took me far beyond medical technicalities—circumcision in Canada is a controversial topic, surrounded by heated debate across provinces, religious lines and parental preference.

I conducted interviews across the board—from a doctor in Nova Scotia, where the practice is banned in hospitals, to a private clinic in British Columbia that will perform the practice. The Canadian Children’s Rights Council considers circumcision genital mutilation.

But the story never ran. As it got to the fact-checking stages, the research confounded the editors: one study says the pain experienced by boys during circumcision is reason alone not to do it. But how they proved the level of pain in people that could not yet communicate was unclear. Most medical associations say there is no scientific or medical purpose for the procedure, while one study found that circumcised boys have a lower risk of contracting HIV/AIDS.

While it’s true that circumcision is not a medically necessary operation, it’s one that many parents strongly favour. Their reasons range from supposed health benefits (most of which are exaggerated) to being similar to Dad when it comes time for a biology lesson. But should they take a clear look at what the practice means and evaluate their previous conceptions?

Doctors are hoping this is what will happen—most agree that while circumcision is a personal choice, medical risks shouldn’t be considered part of the debate. As far as they’re concerned, the benefits to being circumcised are minuscule.

But parents of newborn boys are daunted by the decision—or in many cases the lack thereof. No Canadian province will cover the price of circumcision, and in provinces like Nova Scotia, Prince Edward Island and British Columbia, you’ll pay a price for the private procedure—anywhere from $50 to $100.

What’s important to remember here is that individuals, in the end, are in charge of their own bodies. But babies don’t have that luxury. Their bodies are in the hands of parents who have had years to form their own conceptions about circumcision and baby boys.  Though science shows that there’s no real benefit to circumcision, that won’t deter the tides of tradition. Instead, should doctors be forced to provide circumcision to families who request it in much the same way they shouldn’t allow political or personal belief to dissuade them from performing other procedures? Where do we draw the line on what’s cosmetic, “unimportant” and unnecessary?