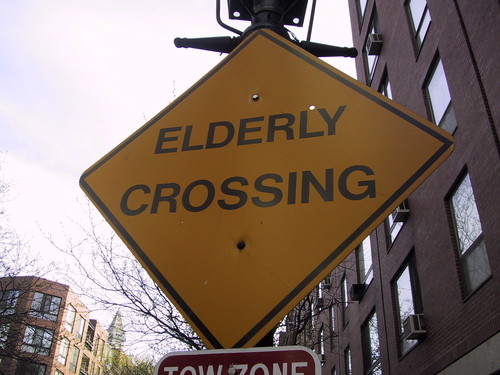 One of the options the C.D. Howe Institute sees to avoid a major hit to the workforce as the Atlantic Provinces's populations age is to discourage early retirement and to offer incentives to working longer like allowing RRSP contributions later in life.

We’ll all get older, and start to slow down. It’s just a fact of life. But in the Atlantic Provinces, the population as a whole is getting older, and that’s going to lead to tough times ahead unless the provincial and federal governments step-in and make some changes.

A report released Monday by the C.D. Howe Institute says the region could face a shrinking workforce as soon as next year. As the baby boomers retire, the old-age dependency ratio (people aged 65 and over relative to the working-age population) is rising. This, coupled with low birthrates, high out-migration, and a declining workforce means there will be more people using public programs, like health care, than paying in to them.

Young people grow up, go to school and leave the Atlantic provinces in droves. I know this because I’m one of them. I lasted longer than some of my friends, and only headed West, earlier this year. A lack of meaningful employment and proliferation of low-paying jobs sent me packing.

Most of the people I graduated from high-school with also left within a few years. We didn’t stay at home to work, pay provincial and municipal taxes, or buy homes. Our children won’t be attending publicly funded schools so there’s a savings, but it’s really nothing compared to the rising health care costs as the population ages.

This poses the question: if there were no jobs for those of us born in the Atlantic Provinces, why would anyone want to move there from the rest of the country or abroad? According to the Howe Institute’s report, they don’t. In the last 25 years, out-migration has topped in-migration consistently, with the exception of  2007 when the two were almost equal.

The Howe Institute has suggestions to avoid a future where the Atlantic provinces are trapped under an enormous tax-burden caused by too few workers and too many people seeking health care and government pensions. They include motivating people to retire later by changing tax laws on pensions and RRSPs, prefunding pharmacare programs, and attracting more immigrants with the Provincial Nominee Program.

Aside from the PNP, these options sound like possible temporary fixes — they won’t change the fact that people will retire eventually, and there has to be someone there to take up their job when that happens. The real solution is to offer the remaining young people a way to build a life for themselves in the Maritimes, instead of heading for Toronto  or Fort McMurray.