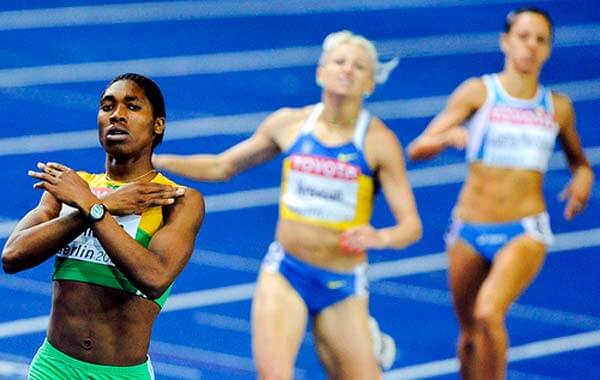 The treatment of Caster Semenya is a disgrace. The 18 year-old South African runner, who is currently the object of “gender verification testing” after winning the world championship 800-meter race in August, has had her most private medical details paraded before the international press in what can only be described as an exceptionally ugly episode of gender panic. Last Friday, Australia’s Daily Telegraph cited an anonymous source claiming to have the results of the “gender test,” and then early this week came word that Semenya has gone into hiding to escape the uproar, was receiving counseling for the ordeal, and one source—again, anonymous—said she was in fact on suicide watch. Some of the media hubbub about the case has been merely embarrassing; some has been hideously offensive; but all of it has been undignified.

This sickening feeding frenzy has got to stop, and heads better roll at the International Association of Athletics Federations, the obvious source of the leaked results (genuine or not). At the moment, the IAAF has refused to confirm or deny the Telegraph report. The confidentiality of medical records is simply a cardinal rule, and to break that confidence is not just hurtful, it can be dangerous (If people don’t trust their doctors to treat that information seriously, they fail to disclose medical details and lives are put at risk). Yesterday, South Africa lodged a complaint with the United Nations over Semenya’s treatment at the hands of the IAAF and their squad of ovary police. It’s possible to have a (long-overdue) conversation about gender, sport, science, and modern medicine, and the collision course these disciplines find themselves on. We don’t have to destroy some poor teenager’s life to do so.