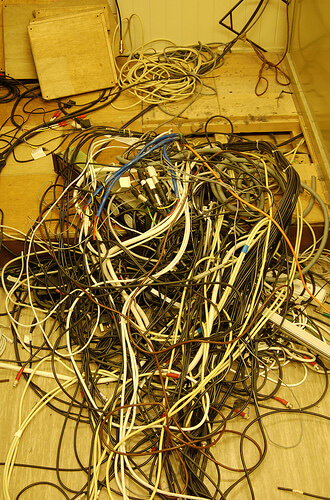 The Canadian Radio-television and Telecommunications Commission announced today new rules for how internet service providers are allowed to monitor, control, and throttle your internet access. After years of ponderous thought on the issue of how much control ISPs can wield over their customers’ web access, the CRTC has ceded the issue to the internet providers themselves, deciding that “transparency” is a suitable substitute for regulation. Now, with 30 days’ notice, ISPs get to set the rules and enforce them, and it’s up to the public to complain about oversteps and unfair consumer practices. With proven, repeat-offender oligopolists like Bell, Telus, and Rogers in charge, what could ever go wrong? Reports the CBC:

“It approves all of the throttling practices that ISPs currently engage in. It requires consumers to prove something funny is going on and consumers don’t have the means to figure out what ISPs are doing and they don’t have the resources to bring that to the commission’s attention,” said PIAC counsel John Lawford.

“There’s a lot of fine-grained double-speak here. There is no requirement for any of it.”

“Basically the CRTC has left the wolves in charge of the henhouse,” he said in a statement. “ISPs have been given the green light to shape the traffic on the internet toward their corporate interest. This decision is a huge blow to the future competitiveness of the internet.”

The real kick in the teeth is that the U.S. Federal Communications Commission is apparently poised to introduce a set of net-neutrality-positive laws into Congress as early as tomorrow, and last week two congressional reps introduced the Internet Freedom Preservation Act of 2009, which would catapult our neighbours to the south far ahead of Canada in terms of ensuring broadband availability and openness.