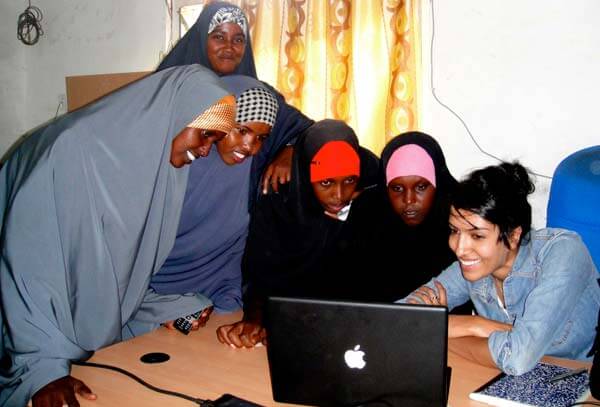 This coming week I will be covering the 6th UNESCO Youth Forum in Paris. In preparation for the event, youth delegates have been participating in an online forum and discussing a variety of issues which affect youth during this global economic (and social) crisis.

Naturally, one of my preferred topics is along the lines of information and communication technology (ICT) and social media. As I discussed last week, ICT and social media, slowly, but surely, are allowing people to reverse the dominance of Western information. As tools are developed to allow active translation of English websites into even the most obscure dialects, those with basic education are tapping a source of previous privileged wealth.

Social and economic investment via ICT (such as the internet and mobile phones) is another key purpose. However, while the Internet is bringing us together, there remains the contentious “digital divide.” As Sylvia Namukasa, a UNESCO youth delegate from Uganda comments, “In Uganda, ICT only favors the urban youth who can access computers, unlike their rural counterparts, many of whom have never had a chance to look at a computer.”

We need to actively work against this disparity. Instead of pouring our hard-earned savings into charities, which continue to laud free goods on people who have no need or want for them, Canadian youth, in particular, should consider investing in their technologically able and inventive counterparts.

Across the ocean, people in the “developing world” are turning technology into an economic revolution with life-altering effects for the poor. Technology allows “us”—Westerners saturated by the stereotypical images of starving Africa—to circumvent the popular aid mantra and go for the real deal: delivering solid work into the arms of people who need it, or assisting those in acquiring the necessary knowledge to build the structures of a functional economy.

One excellent example of just how ingenious we can be with our money is exemplified in Samasource. The organization, founded by an Indian woman living in California, delivers small bits of computer-based work to women, youth and refugees living in poverty. TMS Ruge, the Ugandan co-founder of Project Diaspora, inspired by the need to invest back in his home country, has jumped on board. He currently has a team of web developers assisting with US-based contracts. While simplifying his own work, he delivers added income to individuals without the opportunity to join the formal work sector. I can guarantee this has a deeper impact than free malaria nets or second-hand clothing, both which eventually sneak out of the household and find their way into the informal economy anyway.

Txteagle is another example of how outsourcing via ICT can be revolutionary to people in poorer countries. From translation to conducting surveys, households confined to rural areas of Kenya have the opportunity to increase their livelihoods with tasks that integrate well into their daily lives—like taking care of livestock and doing domestic work.

For those of us who are not at the point of having work to outsource, there exist organizations that develop ICT in areas generally considered unreachable. For example, in Northern Uganda, I stumbled across a humble organization called Battery Operated Systems for Community Outreach, or BOSCO. By connecting up internally displaced persons to the internet, BOSCO has initiated a new means for refugees to acquire funding for locally-initiated development projects. For example, getting the necessary resources for solar-power in a town that had only, until then, functioned by costly paraffin lamps.

Or take AppAfrica. East African tech entrepreneurs and innovators develop software that allows huge changes to those isolated in rural Uganda with only cell phone access (and yes, almost everyone has a cell phone). One example, Question Box, is a means to democratize information, which further fosters economic development. People call in with all types of questions, such as “How can we control soil erosion in our village?” or “Can a mother pass HIV on to her child?”

As I gear up for this UNESCO Youth Forum, I want to encourage young people to consider the “snowball” effect of investing in work opportunities via ICT or technology itself. One woman making a dollar or two extra a day via Txteagle can now afford to buy malaria nets (stimulating the local economy) and send her children to secondary school. Her children, in turn, will grow up in the atmosphere that we have all come to understand and which secures, in part, democracy and government accountability: hard work pays off; we are accountable to the decisions we make.