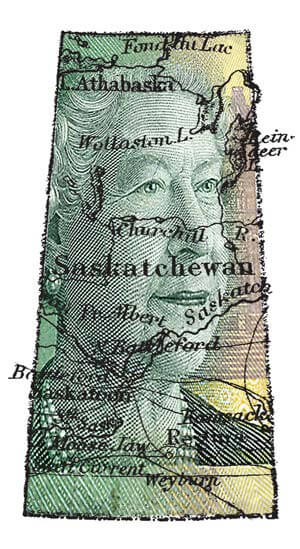 Can $20,000 payments to recent grads prevent Saskatchewan from becoming the "Land of the Living Old"?

It hasn’t been easy being Alberta’s neighbour these last few years. While Canada’s economic wunderkind enjoyed double-digit growth, next-door Saskatchewan saw the near-disappearance of the family farm and watched 35,000 residents in five years flee to other provinces. So when the Conservative Saskatchewan Party swept to power in 2007, promising a $20,000 tuition rebate for recent graduates who settle in the province, it looked like the final desperate act for a province one blogger dubbed “land of the living old.”

The generous rebate “signals to post-secondary graduates from across the country and beyond that Saskatchewan is the best place to establish their careers and pursue their goals,” Saskatchewan’s advanced education, employment and labour minister, John Norris, says. The program originally started up in January 2008, promising rebates to just grads of Saskatchewan universities, but it has since been extended to out-of-province graduates of post-secondary institutions, thanks to the province’s thriving economy. The rebates do have a few catches. The money is paid out gradually over seven years and graduates of shorter, cheaper technical programs actually receive around $3,000 to $6,000. But the biggest catch of all is that the full bonus is available only if students graduated in 2010 or later. Graduates from 2006 are only eligible for a mere $5,000.

For many, though, Saskatchewan offers something better than a generous rebate: jobs. As most provinces panic over rising unemployment, Saskatchewan jobsite saskjobs.ca shows more than 6,000 unfilled jobs. For the approximately 460 out-of-province arrivals from the graduating class of 2008, who received their first cheques this spring just as Canada’s youth unemployment rate hit an 11-year high, Saskatchewan may be just the perfect cure for the recession.

The province has yet to decide how long it will continue with the program and whether the bonus will keep people in the province, especially if Saskatchewan’s economy begins to suffer, is also an open question. But for now it looks like Saskatchewan—which lured many original residents with a bargain of 160 acres for $10—is once again the land where opportunity is as wide open as the prairie. That should at least make for a better slogan.