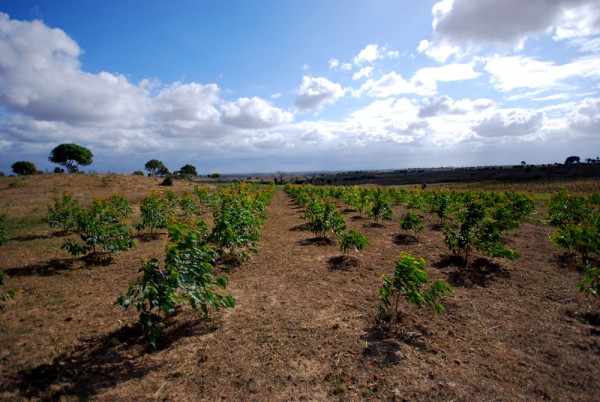 Birthplace to some of the continent’s most varied and breathtaking landscapes, Kenya is also facing one of the highest deforestation levels in the world. Between 1990 and 2005 alone, the country lost 500,000 acres of its indigenous forests.

Famous for its white beaches and warm ocean, Kenya’s infamous coast is particularly hard-hit. Faced with few alternatives, people continue to turn the indigenous forests into charcoal for fuel for cooking or lumber for sale. According to KOMAZA, a local NGO working in environmental conservation, charcoal consumption in the coastal region alone is estimated at $173 million. A universal scene across the country is women selling the product in big, white burlap bags from the roadside.

Meghan Bailey, a young Canadian and recent graduate of Carleton University, is trying to counteract this lethal trend. In partnership with KOMAZA and another local organization, the Coastal Rural Support Program Kenya [CRSP(K)], she is developing a micro-forestry programme that will help revive the country’s dying forests.

“Deforestation is a huge looming issue, especially in coastal Kenya, to such an extreme extent that it’s affecting weather patterns. Until we get deforestation under control, soil becomes less fertile, and rain becomes less both in consistency and quantity,” she explains.

Bailey has helped found 21 “sample” tree farms in 18 neighboring communities. These new “family farms,” run by successful local farmers, are key to changing local habits: they remain the living proof, and inspiration, that growing trees is something community leaders are willing to invest in and can profit from. 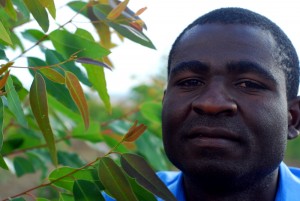 I visited one of these start-up microforests in Mariakani, a region in Coast Province. Dio Omari, a young farmer, had been told about the project by his father. Together, they planted 320 eucalyptus trees. Looking out over his vast property—denuded of all trees save this plantation—one sees the potential for a revitalized countryside.

With twenty-two members in his family, Omari hopes that the microforests will become a profitable venture. KOMAZA has promised to buy all the wood products he produces. In turn, Omari says he will use the revenue to pay his children’s school fees and buy more seedlings. Not only will he benefit financially, but the trees will help stem soil erosion on his hilly property.

By the end of next year, Bailey hopes to get 250-350 family farms up and running. Not only do these farms have the potential to save Kenya’s coastal forests, but they are also a significant source of income for poor farmers, most living on less than $1 US per day. KOMAZA believes that farmers can expect an estimated US$1,500 through charcoal sales within the first two years, and whole tree sales at the end of six and eight year growth cycles. Moreover, while it requires labor-intensive inputs at the beginning of the growth cycle, during the following years, farmers can grow crops full-time.

By 2017, CRSP(K) and KOMAZA expect a total of 2,800 microforests. These forests will produce an estimated 900,000 commercial trees, which will replace the equivalent of 49,800 indigenous trees per year. The government, in an effort to support this movement, has also vowed to plant 7.6 billion trees over the next 20 years.