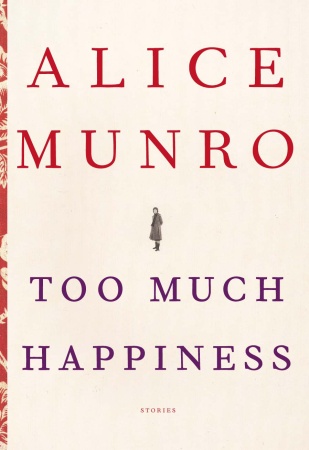 Alice Munro, one of the giants of Canada’s literary scene, has always been a tremendously sensitive and humane writer; in turning down yet another nomination for the prestigious Giller Prize, she’s proven to be an equally sensitive and humane cultivator of Canadian writing talent. Having already won the Giller twice—for The Love of a Good Woman and Runaway—Munro said that she would withdraw her new book, Too Much Happiness, from the arena in order to give a younger generation of writers a kick at the can, her publisher told the Globe:

“Her reason is that she has won twice and would like to leave the field to younger writers,” Munro’s publisher, Douglas Gibson, confirmed this week. “In my role as greedy publisher I pointed out that the Giller Prize produces so much publicity, that even to be nominated for it is tremendous publicity,” he said. “But her mind is made up on this. Alice preferred to withdraw from the competition.”

You could argue that withdrawing at this point whiffs of condescension, robbing other writers of the thrill of throwing their work into the arena with her and (however unlikely) prevailing. But knowing what we do about Munro and her books—every one is her “last collection before retirement,” until the next book comes along—I think this is a more generous and gracious move. She doesn’t appear to write for glory or money or prizes. She writes because she can’t not write. The spot that Munro’s withdrawal leaves open will be worth much more to someone else, maybe a writer with less exposure and fewer sales who nonetheless has something remarkable to say.

I look forward to more books from Alice Munro, who at 78 is still prolific. But like all ecologies, artistic and literary environments need new growth and development, and in stepping aside like this, Munro has shown her support for that natural and necessary evolution.