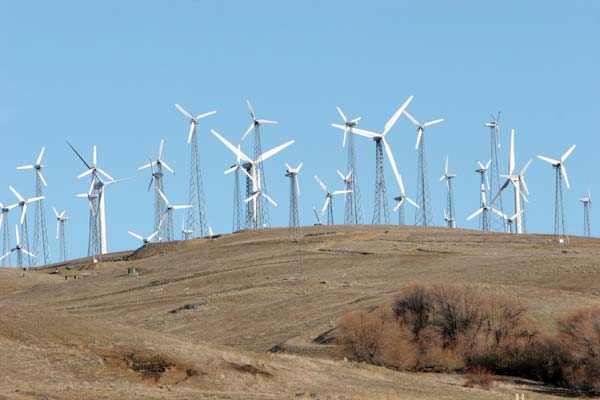 Could wind turbines like these be harmful to your health? The scientific consensus is far from clear.

We love it when health concerns are taken seriously…

The last time you talked to your doctor about a strange set of symptoms, he or she probably didn’t write a book about it. But when Dr. Nina Pierpont of New York State got wind (pun intended) of dozens of residents living near wind turbines who reported tinnitus, headaches, insomnia, dizziness, heart palpitations, rage, and more, that’s exactly what she did. Her book, Wind Turbine Syndrome, originally scheduled to be self-published later this year, explores the disorder of the same name. Pierpont argues WTS’s symptoms are the predictable effects of infrasound (below the range of hearing) and low-frequency sound, while other experts say they are another manifestation of vibroacoustic disease.

Dr. Robert McMurtry, professor emeritus of surgery at the University of Western Ontario, estimates the number of people who could be affected by WTS range from 3 to 50 percent of the local population. He and others argue that a government agency should be set up to investigate complaints about turbine noise, and in the meantime a moratorium ought to be placed on their construction and operation until health effects are understood. Pierpont would agree: “Keep wind turbines at least two km away [from residences] on the flat,” she writes, “and 3.2 km away in mountains. These are minimum distances.”

One problem: WTS so far is based more on gossip than on science. Pierpoint’s entire project resulted from interviews with 38 people from 10 families, all of whom approached her to complain. “They’re all basically anecdotal,” says Toronto acoustics expert Dr. Ramani Ramakrishnan. Pierpont’s research has not been published in peer-reviewed journals though it has found a home on the websites of dozens of anti-wind-energy groups, including Save the Bluffs, a Toronto group that opposes Toronto Hydro’s hopes to install wind turbines in Lake Ontario.

But while WTS is short on solid science, some work has been done on the impact of wind turbine noise. One 2007 study out of Sweden found that out of 754 residents who lived an average of 780 metres from turbines, the only issue significantly correlated with turbine noise was annoyance (and that at only about 4 percent).

In the meantime, the only clear thing is that we cannot wait. The urgency of climate change demands that we continue to build wind farms and learn and modify them as we go.