LISTEN: “200 Years Ago” from Tim Hecker’s An Imaginary Country 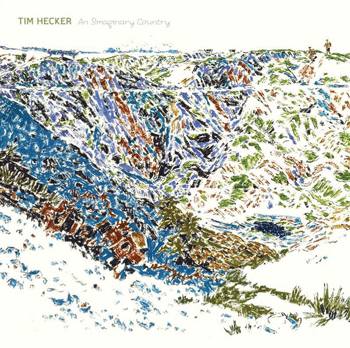 On September 30, 2006, as part of Toronto’s interactive art celebration Nuit Blanche, Montreal musician Tim Hecker hid 10 speakers in the branches of a tree across from the Mercer Union art gallery. Each chattered erratically, spitting out bursts of sound sourced from his composition “Whitecaps of White Noise.” “It was an organic way to reconstruct a stereo mix within the tree,” he said afterward. The effect was a surreal merging of the natural and the electronic. “Apparently some woman spent her night on mushrooms there.”

A fascination with nature has inspired Hecker’s work since he began recording under his own name in 2001 (previously he recorded as “Jetone”). He’s composed suites in honour of desolate tundra and vibrant boreal forests, odes to water, and hymns to the Rocky Mountains. “I grew up in B.C., surrounded by rugged natural beauty,” he says. “It was compelling to have the ocean so close with immense waterways connecting small rustic islands.”

With titles like “Borderlands,” “Pond Life,” and “The Inner Shore,” on his recently released sixth album, Hecker maps the features of his native landscape onto each arrangement. Each song’s swirling harmonies conjure up vast ice floes, deep rainforests, and rippling shorelines. Underlying these ethereal sounds are his megalithic bass lines, like layers of rock and earth. With his latest album, Hecker has become to the Canadian landscape what Holst is to the planets or Tchaikovsky to the seasons.

In his sound, Hecker is fixated on the natural, but in method he favours the synthetic. Even when he records with a guitar or organ, a computer heavily processes each note. “I enjoy the ambivalent deadlock between techno-natural hybrids,” he says. In a 2002 essay, Hecker imagines “a middle ground between nature and technology, acoustic instruments, and synthesizers.” He envisions a time in the future when artists will use electronic instruments stripped of their rigid machine logic, guided by more organic processes better suited to the fluidity of human imagination.

In the meantime, as he strives to evoke the beauty of Canadian nature, Hecker bends and moulds electronic sound into new, more fluid forms, likening his composition process to sonic landscaping, fashioning chattering trees that one could trip out to.