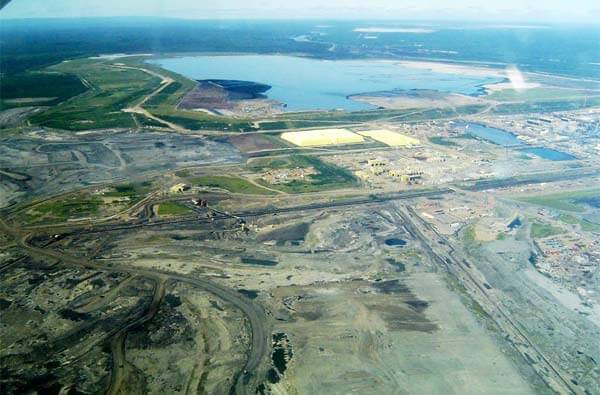 [This is the first in a three-part series on the Alberta tar sands. Also note: EcoChamber will be moving to Mondays starting today.]

There is a sense of progress in the air. For the first time in over a decade, G8 countries and developing nations, including China and India, have agreed to reduce their emissions in absolute numbers. But as this global parade marches on, Canada is being left behind as our emissions continue to climb.

The G8 Summit, lead by President Obama, last week finished talks in Italy with industrialized nations and emerging economies agreeing to an 80 per cent emissions cut by 2050, as well as a 2° C threshold. There is still much work to be done, including establishing the essential base year for reductions, the debate ranging from 1990 to 2006 levels. However, for the first time there is American leadership on our climate peril that is driving change not only domestically, but internationally.

“I know in the past, the United States has sometimes fallen short of meeting our responsibilities. So, let me clear: those days are over,” said Obama last week in L’Aquila, Italy.

In the United States, since Obama took office, C02 has been declared officially a danger; $60 billion is being pumped into renewables; and the House recently approved the Waxman-Markey climate bill that will change American fossil fuel reliance, as well as spell out action internationally at the Copenhagen Climate Conference in December. Which is not to say there hasn’t been criticism of the Obama administration and the climate bill itself, but these are the first signs of action by a political leader on our global meltdown.

But where does all this political change in climate change leave Canada? According to the WWF’s 2009 Climate Scorecards, dead last.

Canada ranked last out of all the G8 countries for its climate performance. In 2008, the U.S. held this spot. But since Obama took the lead in climate initiatives, Canada is now the one stalling progress.

“Canada’s per capita emissions are among the highest in the world (next to Russia)” states WWF.

We currently emit 24 tonnes of C02 per capita and, despite being one of the first countries to sign the Kyoto Protocol, we are one of the furthest from our Kyoto target. The Kyoto Protocol required a 6 percent emissions decrease by 2012. Since the Accord was established, we have increased emissions by 26 percent. One of our biggest emitters is the Alberta Tar Sands project.

With Middle East and African oil presenting problems of price fluctuations and political uncertainty, Alberta’s unconventional but secure sources of oil are looking increasingly attractive to global markets. However, production of one barrel of oil from these bitumen deposits produce three times more greenhouse gases (GHGs) than conventional oil. The project pumps out 27 million tonnes of CO2 emissions per year, or 16% of the total emissions of Canada.

And the government only has plans for expansion. The project is expected to multiply as much as four to five times by the year 2015 to meet growing demand. That’s 108 to 126 megatonnes of GHG poured into the atmosphere annually. That would make the tar sands the single largest industrial contributor of greenhouse gases in North America.

Reducing GHGs by 80 percent, as Canada pledged last week to do, while planning to expand the tar sands project, is simple math that does not add up. We can’t have our cake and eat it too – or in this case, have our bitumen cash crop and claim sustainability. Even if our only emitting producer were the tar sands project and we lived in some eco-utopia otherwise, we are still overextending our GHG emissions with further development of this project.

Yet in last Saturday’s Globe & Mail, in an interview with Prime Minister Stephen Harper, he said: “A realistic commitment (in the battle against climate change) is consistent with growth in the oil sands.” Frankly, no, it’s not.

[Next week in Part 2 of 3: why carbon-capture and storage is no silver bullet solution for the tar sands]