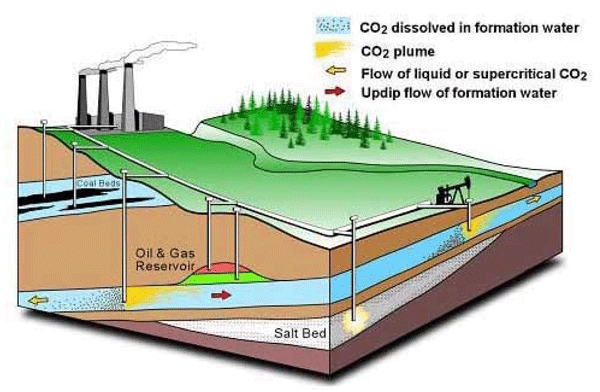 [This is part two of a three-part series of posts Emily is writing on the tar sands. Last week’s post is here.]

It’s scary sometimes how science fiction can parallel with reality. The Tar Sands dilemma has come to do just that. As we seek to find a solution to our intensive emissions, here in Canada we are putting all our eggs in one basket, with carbon capture and storage, in a scheme that resembles the story of Isaac Asimov’s Foundation series more than a realistic plan for the future. 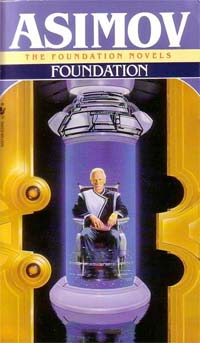 The book trilogy by Asimov closely resembles that of our climate peril. In both, humans are aware that a catastrophic event is near, and attempt to plan for it (In our case, the catastrophe is the global meltdown that the tar sands heavily contribute to). In the Foundation books, they store knowledge for a new civilization to build upon. Down here on earth, we are instead attempting to store problematic CO2 deep inside the earth where it will (supposedly) remain. In both scenarios, we don’t know if disaster is ultimately averted or not. The problem is, one is a work of fiction, and the other is a real question of urgent public policy.

Carbon capture and storage (CCS) has been proposed as a catchall solution to runaway climate change by the Canadian government. The problem is, we simply don’t know if it actually is a solution, and there are too many risks involved to treat it as the silver bullet that will save us.

The idea behind CCS is that through integrated technology, carbon dioxide can be captured directly from industrial sources — including coal plants and the oil sands — treated, liquefied, and pumped deep into the earth where it will do no harm. Something that would have seemed like science fiction 20 or 30 years ago is now seriously being considered by Canada’s political leadership.

The federal government and the government of Alberta are together pouring $3 billion collectively into this project. By 2015, the province hopes to have five or six CCS project on the run, pulling 10 million tonnes of CO2 a year from our air.

But CCS technology is in its infancy and it could be 10 or even 20 years away from being commercialized and affordable on a large enough scale to deal with the carbon emissions of the tar sands, according to The Hill Times. Meanwhile, we are continuing and expanding emissions. And there are environmental regulations and long-term liabilities that have not even begun to be established.

The science fiction scenarios contiue, in which we’re threatened by a human-made carbon tsunami. Leakage or bursts of compressed stored carbon would be deadly, suffocating every living thing in its radius. This kind of carbon disaster has already occurred in Lake Nyos, Cameroon. In August of 1986, carbon at the bottom of the lake surfaced roaring in invisible form in a 19 kilometre death zone, killing 1,700 people, 3,000 cattle, countless birds, and insects — essentially, everything in sight.

True, carbon nightmares like these are rare. Carbon can store for millions of years underground safely in the right geological chemistry, as found in a study in Nature. Even the Pembina Institute, a tar-sands watch dog, says the chances of leakage is slim. As well, Alberta is prime land for carbon storage as the province has stored oil and gas underground for millions of years already.

“(But) you can never factor out human error, pipelines and earthquakes. So why would we take that risk when we don’t have to?,” said Emily Rochon from Greenpeace in an interview with the Canadian Press.

Disingenuous politicians are claiming CCS technology could be a panacea, with all its many uncertainties, but call renewable energies like wind and solar the “risky” ones. Sure, solar, wind and biomass are not the stuff of utopian dreams either, as Jeremy Nelson pointed out recently in This. But shouldn’t reducing GHG and promoting energy efficiently be our ultimate goal — not aiding further climate crimes?

Sure, it’s not all bad. CCS can assist positively in our tar sands and climate perils. As according to the Intergovernmental Panel on Climate Change, CCS could contribute 15 to 55 percent of the world’s total GHG reductions between now and 2100 if successful. In Canada, we could potentially reduce 40 percent of our emissions by 2050. This is good news. But it will still not be enough to bring Alberta’s emissions down, which at present are 58 million tonnes a year and are only expected to increase with oil sands expansion. Let’s face it: CCS is being wielded as a distraction in order to support the status quo today.

Therefore, putting all our eggs in one basket to stave off “thermageddon” is a science-fiction writer’s fantasy – not a realistic plan. At best, CSS is one of many transitional solutions to creating our green economy. It is not our one and only shining star.

[Next week: meet one activist who is fighting tar sands development, plus why a moratorium is crucial.]