Sure, the web is rife with nonsense. But real political dialogue thrives too

In my more idealistic moments, I always imagine I’ll stumble upon raging intellectual debate on the subway. But based on the conversations I’ve overheard lately, here’s what I can tell you about the public mood in Canada: saving GM is both the best and worst thing we’ve ever done; Lady Gaga “sucks”; and, at least according to that one guy, “this sandwich is delicious!” 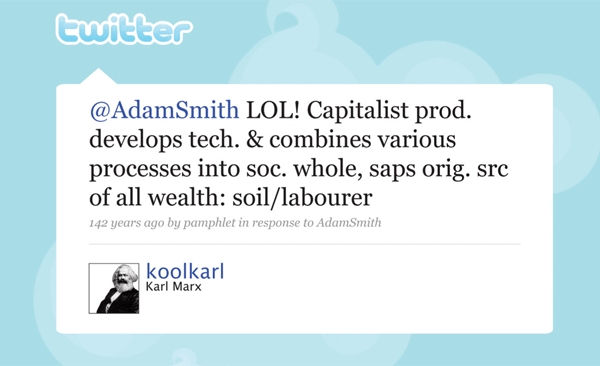 Gauging the opinions and temper of a society has always been a rough enterprise at best: part statistics, part science — and part overhearing things on the train. But when we start to record our reactions in a public space that makes overhearing things easer — like the web — discovering what people are thinking becomes far easier. And with the rise of what you might call the “real-time web,” capturing and then becoming part of “the public conversation” is no longer metaphor so much as it is reality.

And yet, the real-time web has got itself a bad rap. You’ll hear it when people grumble about sites like Twitter and Facebook, which revolve around a constantly-updating stream of short-form musings from peers and complete strangers. The standard complaint about these new sites is that they’re full of details along the lines of “Going out to the store now!” The truth, however, is that people tend to post what they’re thinking as much as what they’re doing. Sure, taken individually, it’s just some person recording their thoughts. But when you put all of them together, instead of only inane chatter, you also have a living record of people’s ideas and conversations.

In fact, the real-time web is opening up possibilities for both documenting and understanding the public mind. With realtime search engines, such as the one now built into Twitter, one can also instantly wade through the torrents of chatter to find up-tothe minute takes on a specific topic. Some searches, like typing in the name of a nearby restaurant to see what people think of it, can be straightforward. Search by locale, and you might get a sense of what locals think of the weather, their latte or local politics — an experience web thinker Leisa Reichelt charmingly labelled “ambient intimacy”: a vague sense of others that hovers quietly in the background.

While these chirpings can at times be pleasantly mundane, at others they can be more serious thoughts on politics and ideas. And if one of the ideals of democracy is healthy public debate, the real-time web expands the reach of this conversation while it focuses it, providing quick feedback and a variety of perspectives you may not have gotten before. Technology can often be isolating and alienating, but this, it seems, is not one of those times. Sites like these do a great deal to connect, rather than separate us, from the ebb and flow of social conversation.

Yet, just like overhearing chatter on the subway, sometimes we hear things we’d rather not. The recent protests by Tamil-Canadians in Toronto produced a storm of opinion on Twitter, some of it ugly and xenophobic. The effect of reading so much collected, subtly racist bile was disturbing and unsettling. Ambient intimacy can quickly turn into a threatening sense of alienation when voices you wish you never heard sit side-by-side with your friends’ in the public register. For all the times sites like Twitter make us feel part of something, moments such as the Tamil protests highlight the limits of this new, immediate web.

The problem is, there is only so much depth one can fit into a couple of sentences. In order for a conversation to happen in realtime, it has to be composed of short, pithy statements that lend themselves to being read quickly. We might dream of a world in which lengthy, measured response is the norm, but it’s undeniably easier for someone to say “immigrants go home!” than “hey guys, we really need to think about whether we should reformulate our concept of national identity to deal with the reality of our shrunken, globalized world.” The downside to all this immediacy is that polemics frequently trump profundity.

But all media have their constraints: you wouldn’t read a novel in a newspaper just as you wouldn’t go to the cinema to watch a sitcom; the point is to have each form of communication do what it does best. Though the real-time web certainly encourages a sort of flippancy, it also gets people talking in a way they might not have before, making public conversation broader, more immediate, and ultimately more rewarding than merely nodding after reading a newspaper column or fuming after watching a spot on the news. And if an ideal democracy involves an engaged, excited populace, spouting opinions while they argue and debate, then maybe, for the sake of the living out our democratic ideals, we can occasionally put up with what that guy down the street thinks of his sandwich.