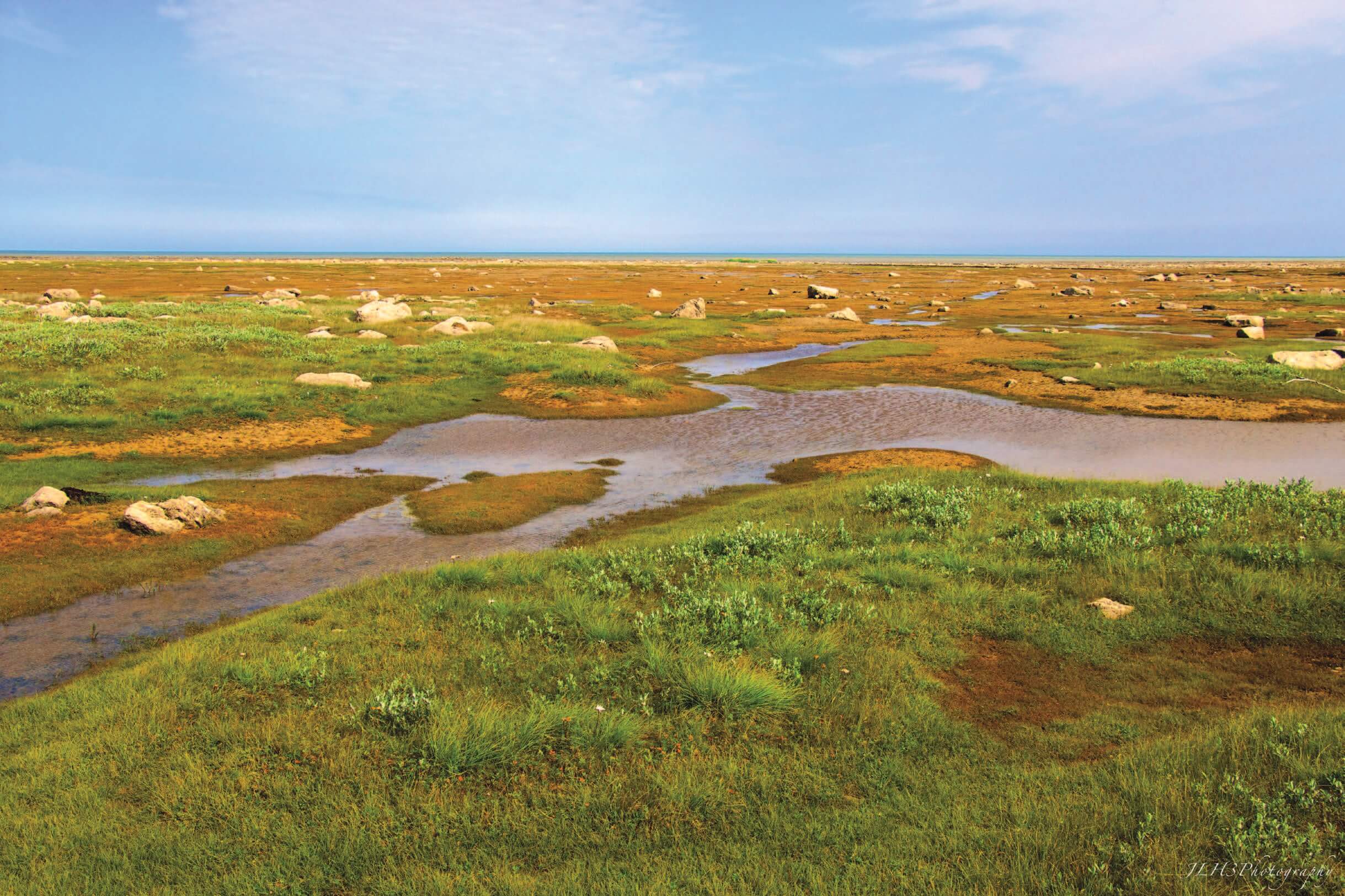 The Hudson Bay Lowlands is the third largest wetland in the world, covering the uppermost part of Northern Ontario and spilling into Manitoba and Quebec. It is also one of the most productive places in Canada—and arguably, the world—harbouring a carbon storage system unmatched by anything man-made.

In January 2021, a research study led by scientists at McGill University and the University of British Columbia identified potential conservation hotspot areas in Canada based on the environmental benefits posed to humans. The Hudson Bay Lowlands in particular was emphasized for its peatlands; it is the second-largest peat formation in the world.

Because of the waterlogged conditions of the peatlands, organic materials aren’t able to fully decompose. Carbon that would ordinarily convert into carbon dioxide and release into the atmosphere is instead stored, tidily and for the long haul, within the peat soils. Peatlands store more carbon than any other vegetation type on the planet. But if these landscapes are damaged, they become a source of greenhouse gas emissions.

“That’s pretty significant for Canada to have this huge area of peatland,” says Harris. “They store around 35 billion tonnes of carbon. That’s more than Canada’s managed forest[s]…. It’s also more than the largest tropical peatlands in the world, which is the Congo peatlands.”

She adds that the Hudson Bay Lowlands is unique because its hydrology is intact—unlike wetlands in the U.K., for instance, which have been urbanized to various degrees— and First Nations communities have been fighting to keep it that way since the 1980s.

Recently, this has meant petitioning against a proposed mining development known as the Ring of Fire in the James Bay Lowland, an area that is rich in peat. The development is expected to threaten the land and water that Indigenous communities rely on, and the ecological value of the peatlands. “If we go in and put in a huge mining development and we disturb all of that carbon, we remove all of that peat, then we lose that carbon to the atmosphere,” says Harris. In a paper published in the journal Frontiers in Ecology and the Environment last year, Harris and 15 co-authors estimate that there is 130 to 250 million tonnes of carbon in the Ring of Fire area.

As it is, the International Union for Conservation of Nature estimates that damaged peatlands are responsible for nearly five percent of global anthropogenic carbon dioxide emissions. Releasing carbon in the Ring of Fire vicinity would undermine Canada’s climate target, as well as global emissions reductions.

Rampant development poses a threat to the Hudson Bay Lowlands, as does climate change, the warming and drying effects of which are already changing the land. But it’s completely feasible for humans to mitigate at least some of that impact.

According to Harris, climate modelling work has indicated the Hudson Bay Lowlands has the ability to remain a carbon sink for years to come. But it’s not a sure thing. “If we’re good and we manage to get emissions under control, then it’s very likely that the peatlands will continue taking carbon out of the atmosphere. And it’s assumed that they will continue doing that,” she says. “And we really need them to do that. To just sit there, to be as they are, to remain untouched, to do that job.”