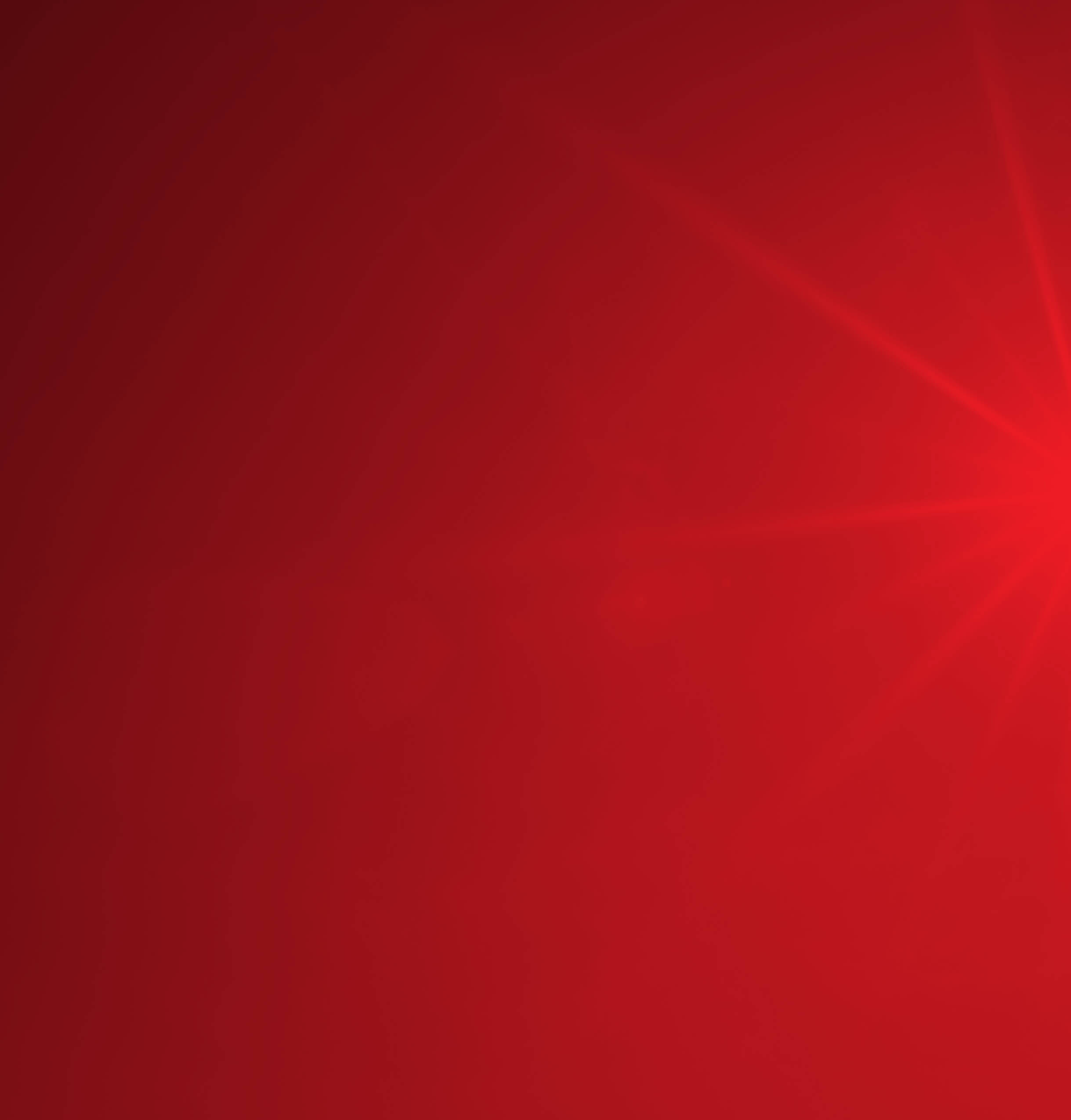 At least 595 people died in B.C. from heat-related deaths during the summer of 2021. Most of these occurred during the province’s “heat dome” event, which took place from June 25 to July 1, and saw temperatures rise as high as 49.6 degrees Celsius. Many climate activists and researchers believe that was just a taste of what’s to come as extreme weather events cause mass death with increasing frequency.

When climate-related mass deaths come, they’re expected to affect disabled people in greater numbers. While a full coroner’s report detailing how many of those who died in the 2021 heat wave were disabled has yet to be released, Sébastien Jodoin, a Canada Research Chair in Human Rights, Health, and the Environment at McGill University in Montreal and the founding director of the Disability-Inclusive Climate Action Research Program (DICARP), expects it to mirror the coroner’s data from Montreal’s 2018 heat wave. That event killed 66 people, 72 percent of whom were chronically ill.

“When you looked at the coroner’s report of people who died,” says Jodoin, “they found that a quarter had schizophrenia.”

Jodoin, who pivoted his research to looking at how disabled people are left out of climate planning after he developed multiple sclerosis (MS) at 33 years old, notes that a common medication that schizophrenics take makes them more sensitive to heat. However, he believes that what ultimately increases schizophrenics’ risk is that they are often poor, isolated, and harder to reach when it comes to government communication.

“They actually would have needed some sort of additional measures to be safe during this period and there was nothing in place to protect them,” Jodoin explains. “So, it kind of illustrates both that there’s vulnerability and … lack of planning.”

Climate change is currently affecting disabled people in Canada and around the world especially hard. Rolling blackouts caused by overtaxed power grids are disrupting the use of ventilators or other assistive devices, extreme temperatures and smog are causing flare-ups for people who have respiratory or autoimmune disabilities, and emergency response planning for extreme weather events often do not consider the needs or particular vulnerabilities of disabled people. Even increases in the toxicity of controlled drugs causing more disabled people to die from overdoses can be linked to the climate, since climate change has been linked to increased drug use. The climate future is likely to be filled with preventable deaths of disabled people. Yet, climate change planning rarely includes disabled people, many of whom are vulnerable in multiple ways because of poverty or other intersecting marginalizations.

Jodoin, who has analyzed climate adaptation policies around the world, found that disability was rarely mentioned in these critical national and international documents. What’s more, disabled people are sometimes physically excluded from the negotiation table.

“[Climate negotiations are] not accessible sometimes to wheelchair users,” Jodoin says. “There was an incident last November where an Israeli minister [Karine Elharrar] … was not able to enter the negotiation room because she was a wheelchair user.”

Jodoin notes that disabled people aren’t discussed in most of Canada’s national adaptation policies for climate change, the set of government publications that cover everything from policy frameworks, to platforms, to in-depth plans for specific departments or ministries. He says these frameworks do, however, often mention Indigenous people and women as potentially being more at risk.

That omission means that disabled people will be less likely to get centred in planning. But Susana Deranger, a climate and disability activist of the Athabasca Chipewyan First Nation and a member of the Indigenous Climate Action steering committee, an Indigenous-led organization working to find solutions to climate change, also believes it neglects the fact that disabled people are disproportionately Indigenous.

Deranger worries that climate change or climate emergencies will make it harder for disabled Indigenous people to access health care, traditional foods, and even medical care and supplies in remote Indigenous communities.

Deranger isn’t surprised that disabled BIPOC people are being left out of these plans. They believe that the same forces that motivate ableist beliefs that disabled people are disposable are also what led us to the climate catastrophe—the colonial belief that the land and people are important only in how they’re instrumental to capitalism.

“Capitalism and colonialism go hand in hand and are linked to everything that’s wrong,” they say.

“Disabled people are the largest minority group in Canada,” she says. “That’s a very large number of people who are being left out of important and even life-saving work.”

McDowell’s 18-year-old, Echo McDowell, has a rare form of dwarfism and worries about the ways she’s already being left out of emergency planning. Echo recalls an example where she was left behind during a school fire drill because no one knew what to do to get her to safety.

“I had to spend a while making specific plans with the administration so that they wouldn’t end up leaving me in the building,” she explains.

“[People often say] we need to consider disabled people. But there’s so little representation in the organizations and the committees that are making those decisions,” says McDowell.

While a diverse representation of disabled people should be centred in climate movements, disabled people are not just often left out—they’re also sometimes seen as the problem.

For example, bans on plastic straws have trampled over disabled people’s needs, single-use plastics that save disabled people’s lives are often demonized, and one Ontario doctor has called for a reduction in inhaler prescriptions to combat climate change. Climate movements often target the things disabled people need to survive—something that’s been referred to as “eco-ableism.”

“My life is dependent on single-use plastics,” says McDowell, who is a Type 1 diabetic (T1D). “So, I spent a lot of time thinking about the environmental movement … and ableism.” Due to the use of testing strips and needles, managing T1D requires the use of a significant amount of single-use plastics.

She believes that climate justice and environmental groups need to do more to reach out. “Look around the table. Recognize that there’s a very large and important constituency that’s not being included, and fix it,” she says. “We have completely overlooked disability for the past several decades or centuries. Maybe it’s time we find some local visibility initiatives relating to the environment or climate and support them.”

Deranger agrees that the environmental movement is not doing enough to make space for disabled people—or to include those who are marginalized in other ways and who are also disabled. Despite efforts to include more Indigenous people and people of colour in climate activism, they say it often leaves out disabled people in those groups. “There’s nothing like Braille or ASL or anything for them to participate,” they explain. “When they’re planning venues, they’re not thinking about disabled people. If there’s rallies and marches and people can’t walk very far with them, they’re never planned [for].”

Deranger doesn’t believe it has to be that way, citing an experience at a rally in Mexico where there was a truck participants could hop onto if they couldn’t walk or got tired. “But I don’t see that [here],” they say.

The movement loses out when it doesn’t include everyone, according to Deranger. “The solution to climate justice is to listen to Indigenous Peoples but listen to Indigenous disabled people as well,” they assert. “[Inclusion is seen as] another burden to fighting rallies, fighting marches, planning events.… It’s already overwhelming. So … we can’t add that on. We don’t have the resources. We don’t have the capacity. Well, make it.”

In 2020, American disability activist Alice Wong gave a talk called “The Last Disabled Oracle.” In it, she discussed how disabled people sounded the alarm during the pandemic about the importance of masks, accessibility, and interdependence.

“It became very clear who was considered disposable and who was not,” she said in her talk. “The casual ableism, racism, and ageism went unchecked in debates around restarting the economy with terms such as ‘acceptable losses’ and ‘high risk’ as if those lives weren’t worth living or saving.”

Wong later tweeted: “Disabled people know what it means to be vulnerable and interdependent. We are modern-day oracles. It’s time people listened to us.”

Many activists are worried that the disregard public health officials are showing to the concerns of disabled people during the pandemic will be mirrored in the climate future. But, that future could be made easier if only more people listened to disabled people. Rather than being sidelined, many disabled activists argue, they should be leading government efforts to adapt to a changing climate.

“[As a disabled person,] you’re already existing in an environment that is hostile towards you, and that’s not an experience that abled people have,” says McDowell. “I think there’s a lot to learn there about the kind of adaptability and resourcefulness and problem solving that disabled people often need to do just to exist in the world.”