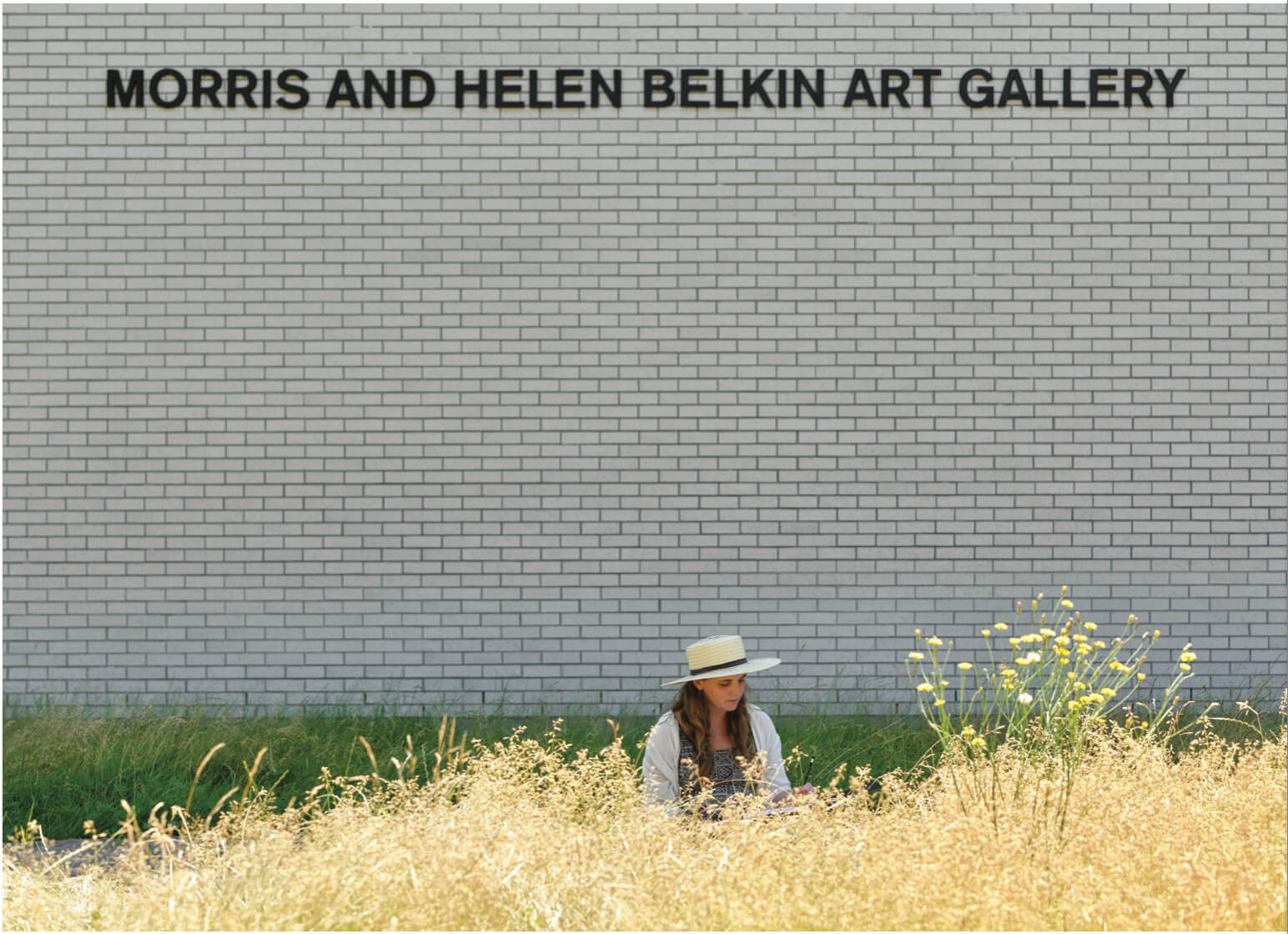 Fireweed is a tall, pink wildflower that blooms in areas burned by fire. For artist Holly Schmidt, it represents sustenance and resilience. In her residency, Vegetal Encounters, as part of the University of British Columbia’s Outdoor Program, Schmidt planted a fireweed field at the Morris and Helen Belkin Art Gallery in Vancouver.

Fireweed produces an abundance of seed and sends out underground roots from its nodes, allowing new shoots to grow. Schmidt’s approach to art is similarly organic.

“I feel like the way that I work as an artist or my practice is very rhizomatic in that way, it’s sort of working in this one place, building relationships, and it sort of sends out shoots and new things kind of grow from that,” said Schmidt.

Schmidt said the idea to plant fireweed stemmed from the COVID-19 pandemic because of the way the plant interacts during a crisis. Her residency began in fall 2018 with preliminary research, followed by the grant process in 2020. The project began in 2021.

“At any university, there’s always a lot of work to be done in terms of seeking permissions to do things, especially things that might alter landscapes,” says Schmidt, who describes herself as a socially engaged artist. In the last decade, her work has mainly focused on the complexity of human relations with the natural world.

For Schmidt, Fireweed Fields acts as a way to bring people together. She held a two-day summer intensive in 2021 that included six UBC faculty and six artists. The intensive took place outside for participants to connect with plant life. She also got to host workshops and talks with students from different disciplines.

On the lawn of the Belkin, Schmidt planted the fireweed seed on April 12, 2021. She said that unlike working in a studio, working with the natural world is something the artist has little control over.

She worked with the UBC Horticulture Training Program and took a gentle approach to the project. Instead of lifting the turf and laying down seed, they worked to sow the seed into the lawn. But the lawn outcompeted the seed and the fireweed didn’t germinate. Still, the lawn grew to reveal the biodiversity that already existed.

One of Schmidt’s project partners, Vancouver’s Beaty Biodiversity Museum, is taking samples on an ongoing basis to track the biodiversity changes and growth within the field.

“It was an incredible transformation just by allowing the lawn to grow,” said Schmidt, who is going to look at planting fireweed again.

Schmidt also co-created a reclaimed cedar boardwalk with Charlotte Falk, a Vancouver-based interdisciplinary designer and educator at Emily Carr University of Art + Design. The boardwalk leads people into the field and tries to surface the rhizomatic structure of the fireweed by creating nodules for gathering. The boardwalk also serves as a place for gathering while watching UBC’s digital screen that includes documentation of the field through different seasons.

Another project element, Forecast, is on the windows of the gallery. Its short, poetic texts describe the effect of weather on human, plant, and animal bodies on campus. The texts change seasonally and Schmidt is currently writing winter into spring.

“It’s almost like these very hyper-local weather forecasts,” she said.

Fireweed Fields is ongoing and Schmidt plans to curate other projects around the field. The field will continue to operate as a growing and changing space, but it also serves as a potential legacy of climate-engaged work.

Schmidt said some things in the space are tangible while others are not. One of the curators she works with, from the Outdoor Art program, describes the project as “learning in public.”

“There’s never working in the studio and then presenting something,” said Schmidt. “It’s always kind of all happening in the moment and with others.”