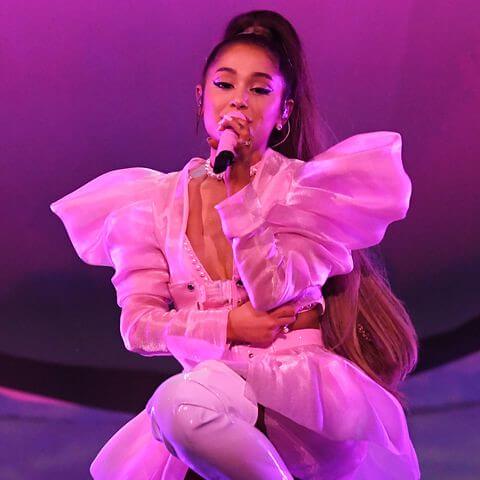 Pop singer Halsey begins her 2020 album, Manic, with a quote from Eternal Sunshine of the Spotless Mind: “I’m just a fucked up girl who’s looking for my own peace of mind.” It’s hard to imagine Katy Perry or even Lady Gaga starting a record the same way 10 years ago, but in today’s music landscape, this approach is par for the course. This is an opener for the age of post-resilience pop.

In 2015, philosophy professor Robin James argued in her book, Resilience and Melancholy: Pop Music, Feminism, Neoliberalism, that we were living in an era of resilient pop music, where songs musically and lyrically reflected neoliberalism’s obsession with resilience. Resilience, according to James, acknowledges systems of oppression, but suggests they can be overcome through personal strength. James focused on pop-inflected electronic dance music (EDM), which dominated charts at the time, blending club-ready electronic dance music with poppy vocals from stars like Sia and Nicki Minaj, who sang about freedom and fun over dissonant synths and frantic beats building to a cathartic drop. This was the logic of resilience, wrote James: “noise into signal,” pain into persistence.

Since 2015, though, these songs have become fewer and farther between. A new era of pop has come into being, what Jon Caramanica of the New York Times calls Pop 2.0. Defined by its hybridity, Pop 2.0 brings together trap, Latin-pop, alt-country, and more. Those EDM strategies of build-up and release are still around, but now in the form of down-tempo trap beats, not hyped-up anthems. As Pitchfork’s Jayson Greene has written, this new pop is also kind of a bummer—influenced by the rise of emo rap and streaming’s encouragement of low-key atmospheres, the songs are usually more concerned with sadness than strength.

A new generation of stars has come of age with this ethos—Billie Eilish, who writes about nightmares and demons, and Julia Michaels, whose biggest hit to date is titled simply, “Issues.” On her 2020 album Rare, Selena Gomez sings about the importance of staying vulnerable. These new pop stars are more likely to dwell in darkness than chase light, to whisper-sing their problems rather than belt them away. Their music doesn’t require an immediate bounce back; it has space for prolonged pain and failed recovery.

Ariana Grande, possibly currently the biggest pop star in the world, is also the best example of this style. The former Nickelodeon actress has lived through multiple traumas in the public eye and processes them through her music. On 2018’s “breathin” she sings an ode to anxiety; on 2019’s “fake smile,” she refuses to pretend she’s fine. The title track from that same record, “thank u next,” is a song about gratitude for love gone wrong. In 2012, it probably would have had a soaring chorus, propelled by pulsing synths. In the age of post-resilience, though, the song sounded like a breeze: light and laid-back,
not interested in overcoming but passing through.

The reasons for this shift are multifaceted: it capitalizes on a trend towards performed vulnerability on social media, where every micro-influencer is expected to be “real” with their followers, instead of simply aspirational. These new stars also grew up listening to hip-hop and pop punk, where the lyrical content has always been engaged in internal struggle. And, of course, it gestures towards a generation in crisis: teenagers becoming adults faced with mountains of student debt, a precarious labour market, and environmental ruin, to say nothing of politicians or pandemics. If resilience is the edict of neoliberalism, post-resilience pop is music for neoliberalism’s failures. It acknowledges that whatever is wrong has no quick fix. Though the vulnerability can feel overly performed, the damage carefully curated, it’s more interesting than motivational platitudes.

In 2020, there were already signs that pop is pushing past its depressive period: Dua Lipa racked up streams with her disco-ish bangers and Grande released an album about new love (and new sex). Megan Thee Stallion and Cardi B provided an empowerment anthem with “WAP” that was invested not in clichés of strength, but the pleasures of Black women’s sexuality.

Wherever this new pop goes, it won’t save us—change happens in the streets, not on the charts—but it can give us different modes for understanding pain and power, and a helpful reminder that when you’re not okay, you’re also not alone.