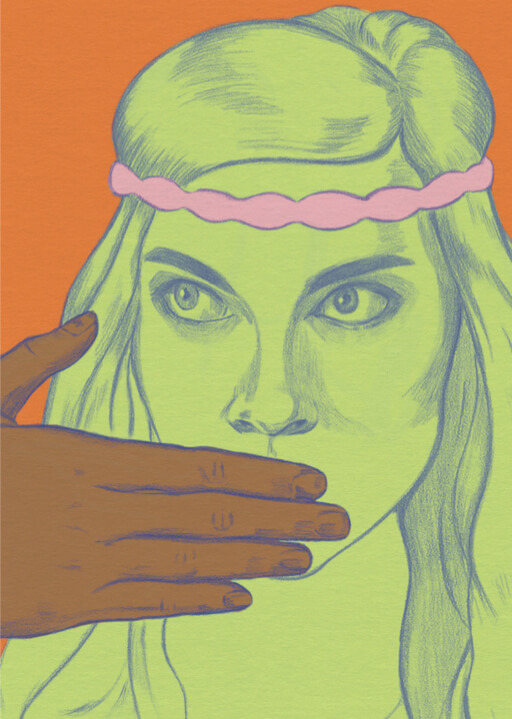 You once said you escaped a Thai drug lord’s car by bribing him with sex. You said that one of your longest relationships was a three-month affair with a Saudi Prince, but you spent two of these months trying to escape from his palace to an embassy. These are only a couple of your adventures, not including the time you were taken hostage by Somali pirates on David Geffen’s yacht.

Schitt’s Creek has been called the perfect show for how it allows queer relationships to exist in a world without judgement. But there are a great many people who do exist in the face of judgement in this show, specifically the people of the countries you’ve traipsed through. “Aroon was a lovely gentleman, until he ran out of money,” you say of the Thai drug lord. Your words contain multitudes, but also stereotypes flimsy as gauze; if you were to look at these sentences with an interrogative gaze, they would fall apart because stereotypes are never meaningful, though they do have grave consequences.

After Aroon’s story, one thinks, maybe it’s an anomaly. Unfortunately, this anecdote is the beginning of a trend: foreign countries are name-dropped so unimaginatively they read as though a writer was tasked with writing flat jokes based solely on stereotypes. You, a delicate, rich white woman, had to bribe a person of colour with sex because he became violent—it was all you could do to survive; you emerge from the story cunning and deft.

When a show like Schitt’s Creek is sold as a depiction of life unfettered by judgement and discrimination, then, by a cruel calculus, your stories mired in stereotypes become fact. These are strange jokes laced with a fiery spirit—they flow in a direction that doesn’t seem intuitively right. One would expect for the joke to land at your expense, to show you blundering through unfamiliar and foreign landscapes with your bags of cash and glittering privilege. Instead, they show a precocity and cunning on your part—a deep knowledge of the way things work in these countries—that work against the intellect of those who ought to know the rules of the game best, those native to the countries where you’re a tourist. In these scenarios, you and your friends emerge unharmed, while your adversaries are humiliated in their own spaces.

On a more meta level, I wonder why these images were written into the show to begin with. The show pokes fun at your socialite past in so many respects, but never in these jokes, which is why their racism is so glaring. They serve to show you have lived a wild life but also that you’re very smart, and therefore earn your growth in the show. But your intelligence could be, and certainly is,
shown in less racist ways.

Everyone says Schitt’s Creek is an escape to empathy and radical acceptance; unfortunate that it’s marred by these flashes of dirt thrown at entire countries and ethnicities. I wonder how writers who have put this much time and care into character development, crafted lines with introspection and circumspection for every lead, could do this to swaths of people—reading them based not on their definitions of themselves, but for filth, based on otherizing sentiments, what Westerners have always arrogantly said about them. You might tell me to get over it, that these lines crept in unawares, but this is a TV show, it’s much mediated. You might tell me they’re accidents. Maybe. But the first line in Schitt’s Creek is uttered by an apparently Latina maid who opens the front door to government agents: “Immigration?”

Your stories seem to be racist in a polite way, an idiosyncratically Canadian way, which has now been smuggled into the U.S. Ew, Alexis.