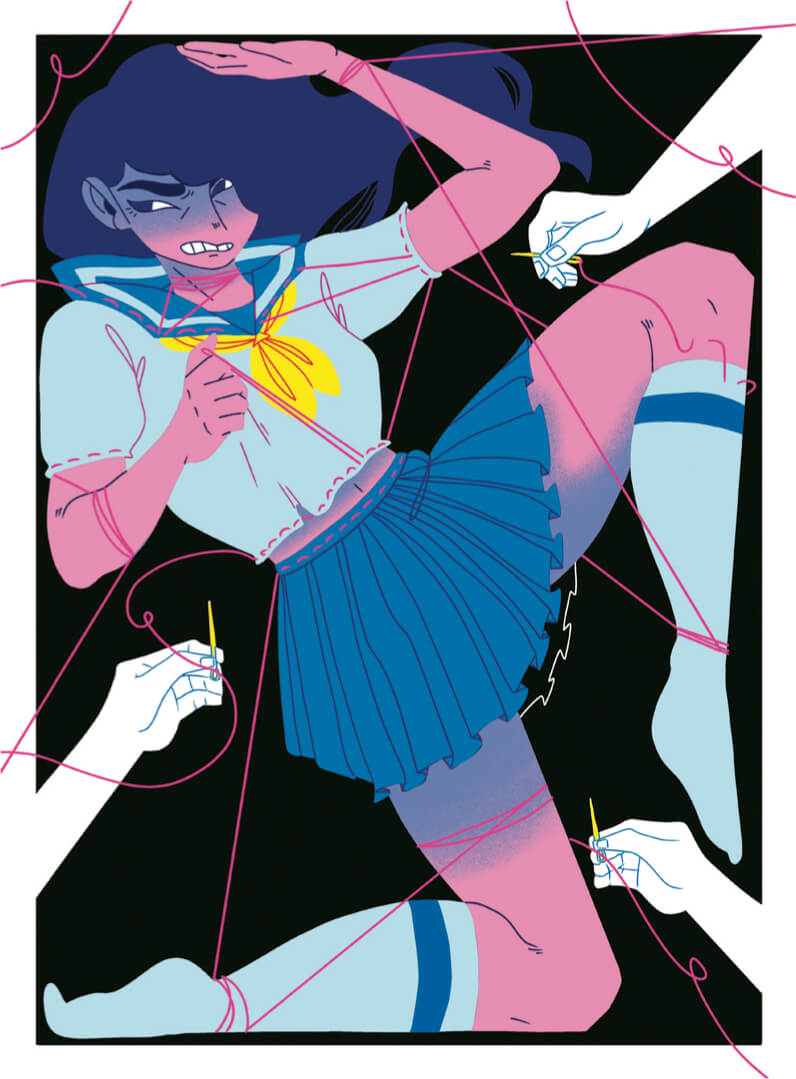 Growing up as a biracial child, Beige Blum longingly wished to see fictional characters and media personalities that resembled part of her identity. Being of German and Filipino descent, she grew up noticing that Asian characters hardly made an appearance on screen, and if they ever did, they were almost certainly not Southeast Asian. Instead, Blum remembers growing up with more East Asian pop culture influences, such as Sailor Moon, Pretty Cure, or even Disney’s Mulan. Despite not being Chinese, Blum remembers clinging onto Mulan as one of the few characters that more closely resembled her own identity.

“I think a lot of Asian kids could relate to Mulan. She was like our pinnacle Disney princess, like our figure,” Blum says.

Years later, Blum was still interested and influenced by East Asian pop culture, such as anime, J-pop, and K-pop. However, as an adult, Blum felt “unsettled” by how others in fandom and social media spaces perceived Asian pop culture figures. Online, she saw how Asian music idols were being infantilized, while real Asian women were referred to as “waifu.” “Waifu” refers to the term an anime fan uses to call a fictional character their wife. Seeing a word typically used to express adoration for a fictional anime crush be used on real Asian women made Blum uncomfortable.

“I don’t exist to be part of your fantasy. I’m not your waifu,” Blum says.

As an artist, she channelled these feelings into an artwork series titled Not Your Waifu, which explored the fetishization and racist stereotypes surrounding Asian women. Blum says her work aims to challenge the idea that Asian women have no autonomy and that they are submissive objects to be pushed around. Her work uses clever imagery, such as comparing Asian women to paper doll chains, to challenge the idea that Asian women are the same and interchangeable. In her piece titled Schoolgirl, a young woman is depicted having a schoolgirl uniform sewed onto her forcefully as she attempts to break free from the fetishization being imposed on her.

Blum hopes that her work will lead to individual self-reflection and that people will feel more comfortable calling out these misrepresentations.

“It’s so easy to just consume media and be like ‘It doesn’t affect me. It doesn’t affect anybody else. It’s just pop culture’ … I want people to see my artwork and think this is an issue,” she says.