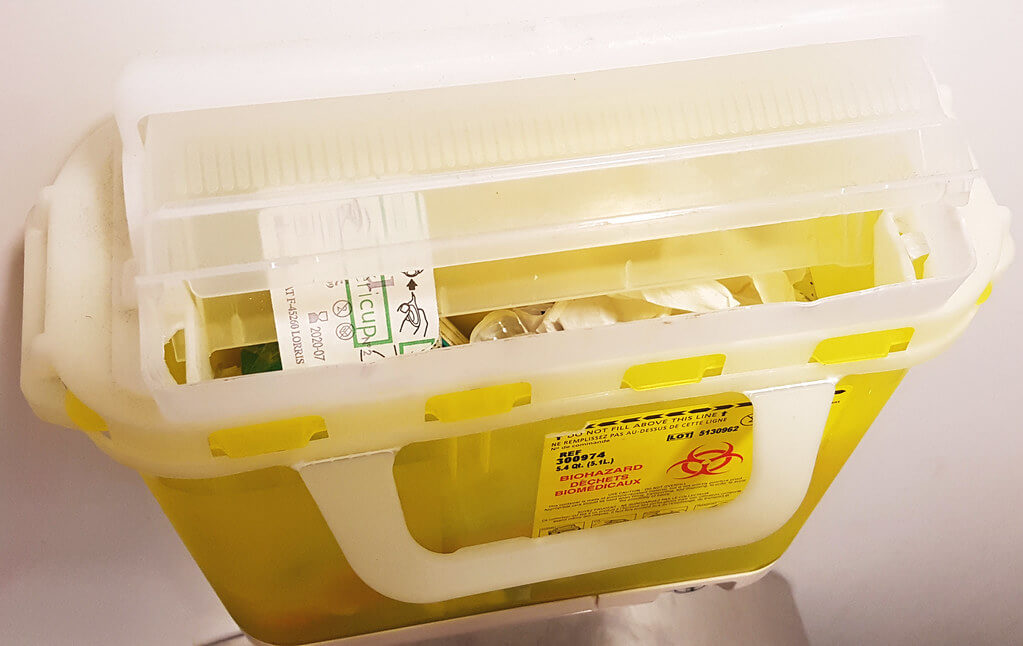 “Sharps container” by Indrid__Cold is licensed under CC BY-SA 2.0

But Debby Warren, executive director at Ensemble Greater Moncton, wants the government to work toward a robust set-up that allows people dealing with addiction to leave with more than just a surface-level solution.

Ensemble Greater Moncton is an organization that seeks to alleviate social challenges by reducing harm in relation to drug use.

“Unless we address their past trauma, it’s just a Band-Aid,” says Warren. “We really have to get to the root.”

The community stakeholders committee Warren is part of has been trying to open an overdose prevention site during their two active years but had to stop because they lacked funding. She says because of the funding from the government’s initiative, the committee can continue their project, but it needs to be done right.

She hopes that one day there will be nurse practitioners or primary care providers at the sites which could allow people dealing with addiction to access health care they wouldn’t normally have access to, such as having someone who could understand their past trauma.

Warren does not want the overdose prevention sites to be done on a shoestring budget. Prevention is key. If someone with an addiction delays getting health care for serious infections or abscesses, they can turn into something more critical later on. According to Warren, it costs taxpayers $55,000 to treat endocarditis (an infection of the heart valve) or $35,000 for skin or bacterial infections, but if someone goes to the overdose prevention site for a clean needle, which could prevent infection, it’s only 14 cents.

“[The government] is planning on opening sites around the province,” says Warren. “Sometimes we try to skimp, and this is a population who have been skimped [on] all along.”

People with addictions face discrimination in the healthcare system where they are not always treated respectfully because they’re often flagged as “seeking drugs,” she says.
An overdose prevention site is a place for people to use substances where there are new and sterile resources for them. Warren says that while a lot of the work is harm reduction, it’s also about preventing HIV, Hepatitis C, and other blood-borne infections.

In the beginning, the sites will be basic and not have “all the bells and whistles.” But once the need is demonstrated, the end goal would be to have a centre where people with addictions can get counselling and health care, as well as stabilization and a better quality of life.