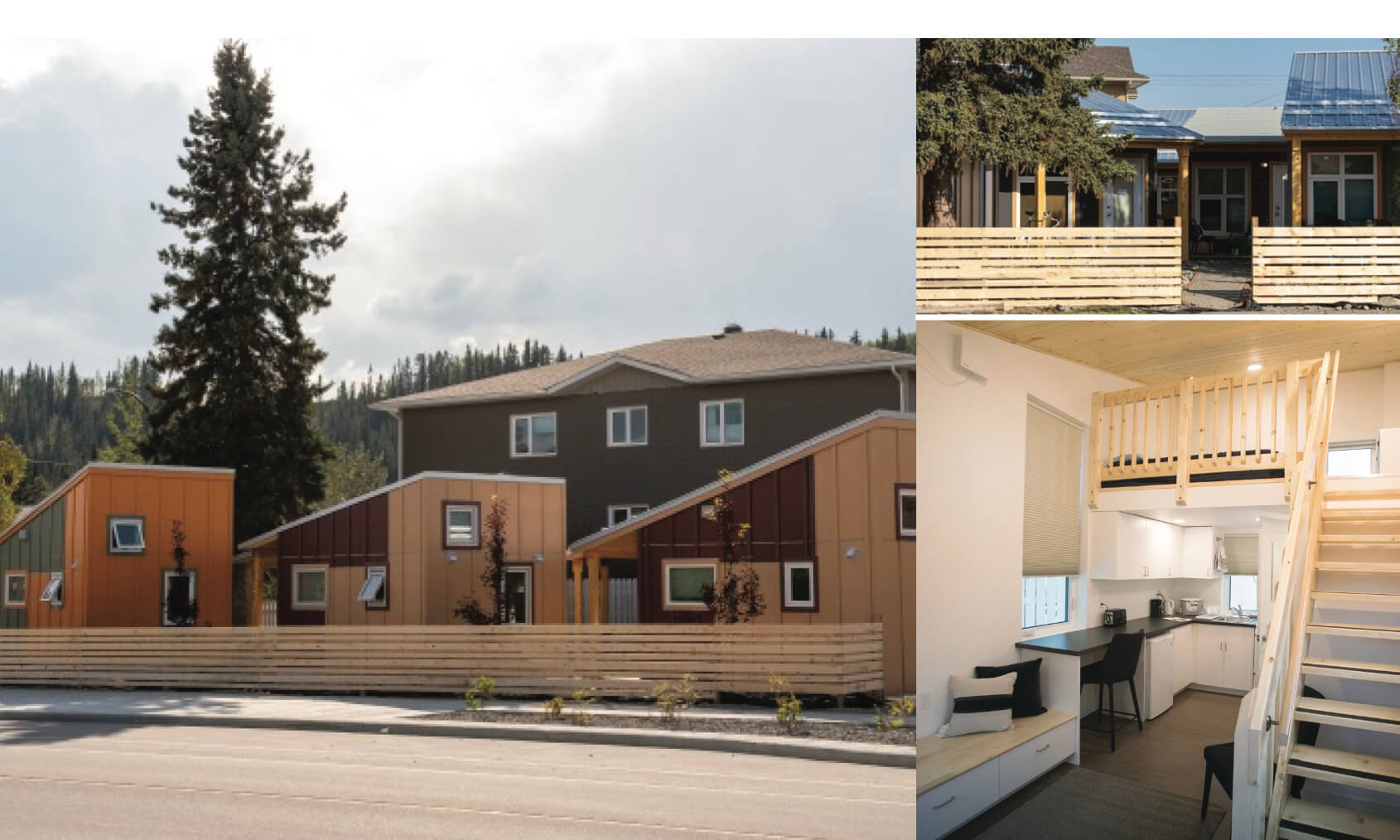 A 240-square-foot house may not seem like an ideal living situation, but for some people who are unhoused, tiny homes can be a creative solution tackling a small part of the issue.

According to a 2018 Canadian government report, approximately 35,000 Canadians experience some form of homelessness on any given night, and the Territories face unique challenges including extremely high building costs and a shortage of vacant housing. Blood Ties Four Directions Centre, a non-profit organization offering HIV/AIDS and Hepatitis C support in Whitehorse, Yukon, started one tiny home in 2012 when funding for housing was a pervasive issue amongst their clients, as well as discrimination and inadequate/insufficient housing types.

“It’s really hard to help a person get on Hepatitis C treatment and care when they don’t know where they’re going to sleep that night,” says Patricia Bacon, former executive director for Blood Ties. Bacon thought, why not start small? “We wanted to be able to do something within the scope of our agency,” she says.

From 2012 to 2016, the one, 240-square-foot tiny home served as transitional housing for five clients. Then it moved into storage while Blood Ties searched for a permanent lot. After securing funding and getting a zoning change, they were finally able to build four more homes creating the Steve Cardiff Tiny Home Community. (Steve Cardiff was a Yukon Territory MLA and supporter of Blood Ties who died in a car crash in 2011.)

Since opening in January of 2019, 10 people have lived in the homes—two people have stayed since 2019, says Brontë Renwick-Shields, executive director for Blood Ties. One client, who struggled with chronic homelessness for many years, found stability in a tiny home, says Bacon.

“That is a hugely successful outcome.”

But the homes aren’t for everyone—some people have challenges with collecting excessive belongings, something which can offer a sense of security, and others need 24/7 support, says Bacon. The homes are not suited to those with limited mobility either. The Steve Cardiff homes have sleeping lofts accessed by stairs, making it difficult for those with mobility issues.

“The tiny houses definitely work for folks, but we also need to have mixed models because one style of housing doesn’t work for everybody,” says Renwick-Shields.

But the idea has caught on. Tiny home communities now house veterans in Calgary’s Homes for Heroes development and people in Carcross/Tagish First Nation, Yukon.

For Blood Ties, the project is a success—even if it is only a small one. “I think we have had a lot of clients that have appreciated having their own little house to call home,” says Renwick-Shields.