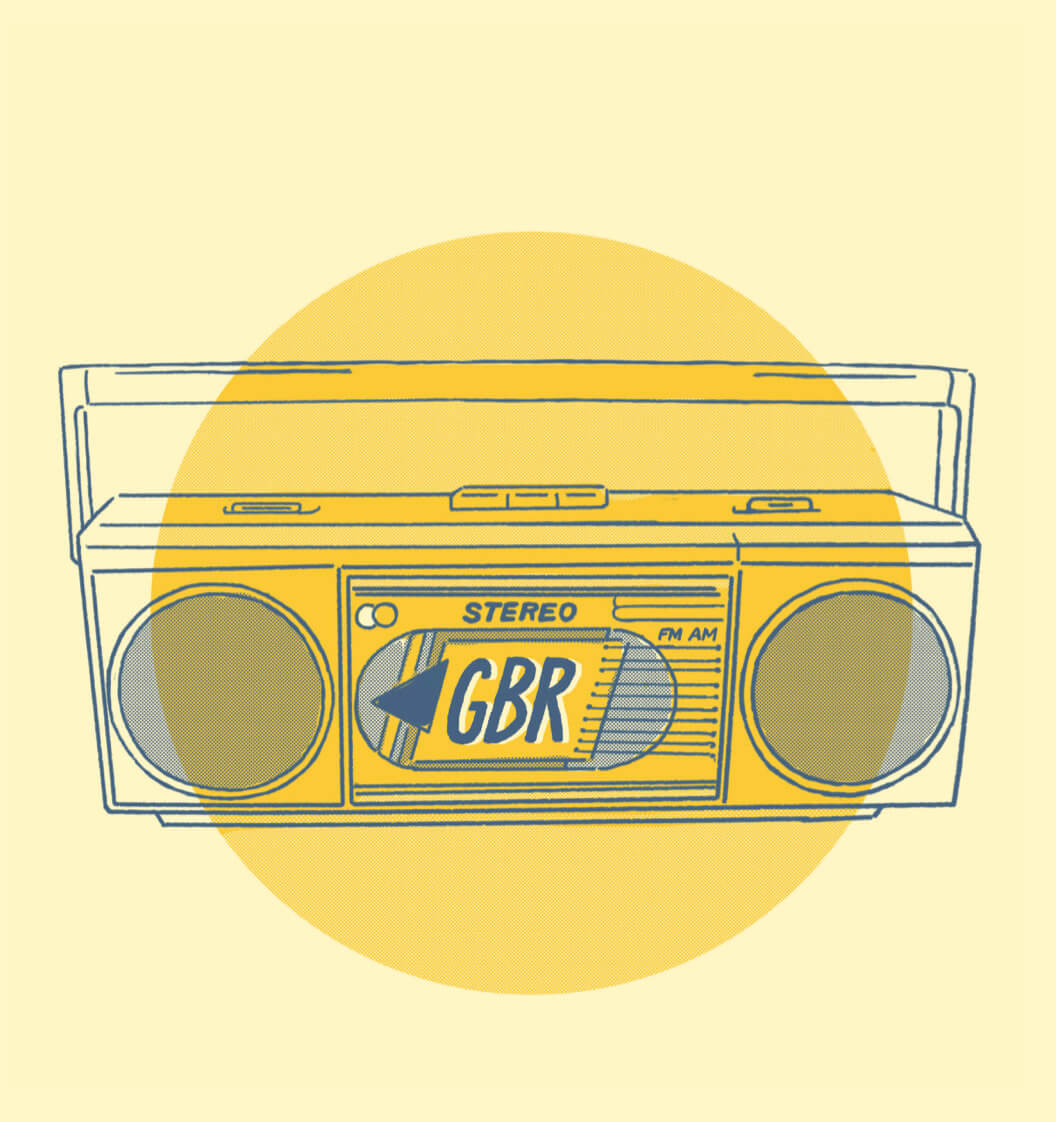 The magic of a bookstore arises not only from books and stories, but from community and conversation. Glass Bookshop Radio, the new podcast from Edmonton’s Glass Bookshop, founded by Jason Purcell and Matthew Stepanic, celebrates its first year this fall.

Purcell, Stepanic, and podcast producer and co-host, Makda Mulatu, have built their working relationship on a solid friendship. Even over a video call, their friendly dynamic is apparent as they constantly compliment and tease each other.

When Purcell and Stepanic started Glass Bookshop in 2019, their goals were to advocate for LGBTQ2S+, BIPOC, and underrepresented voices in the literary scene, and to promote independent publishers. Glass Bookshop Radio is an expansion of that dedication.

“Glass Bookshop mostly exists in people’s heads,” Stepanic says. “Everybody kind of has their own idea of what it is because they’ve only been in the space a couple of times. Or we have so many customers who are new to us that never visited the shop but get deliveries from us.”

Their bookstore hasn’t taken a traditional route. They started as a pop-up bookseller at various literary events in Edmonton. On March 1, 2019, Stepanic and Purcell launched an Indiegogo campaign to open their physical bookstore, where they raised over $30,000. On October 1, 2019, they opened up their first physical space, a pop-up shop in Edmonton City Centre mall. When the pandemic hit, they realized they would need to move online. They launched their online shop and closed their location at City Centre in March 2020. Since then, they’ve been selling books online.

In time for their third anniversary in October 2021, Glass Bookshop will open their permanent in-person location at Stovel Block, a historic building in Edmonton located at 10327 97 St NW.

When everything shifted to virtual in 2020, Purcell and Stepanic had to redefine their definition of bookselling. While fulfilling orders and managing a team of delivery drivers, they struggled to find time for live virtual events like other independent bookstores, so they decided to launch Glass Bookshop Radio.
They released their first episode, a conversation between Purcell and Stepanic, on October 1, 2020. The logo for the podcast features a boombox painted in soft pastel colours designed by Michelle Campos Castillo, a local artist who has done work for Glass Bookshop in the past.

Purcell composed the podcast’s jingle. “I wanted the theme song to have a kind of ’80s synth-pop-BBC-Radio combo vibe,” they laugh. “I wanted to speak back to those old radio shows.”
Purcell shares how the podcast allowed them to take the shop and their brand in a whole new direction. “It couldn’t have happened just with Matthew and me. We have someone like Makda who saw what we were doing in the shop and wanted to be involved. We are so grateful.”

Mulatu came on board with Glass Bookshop Radio early on in the process and has taken on more responsibility as a producer, collaborating with Purcell on planning and editing future episodes.
She describes how the show has grown in the first two seasons. Alongside a constant stream of pitches from publishers and listeners, they’ve seen an increase in book sales from the podcast. “Starting in June, we’re going to go weekly, so there will be lots more to come,” Mulatu says.

Purcell and Stepanic are emphatic that without Mulatu, the podcast would’ve fizzled out. “Makda’s involvement is 100 percent the reason the podcast is still happening,” Purcell says.