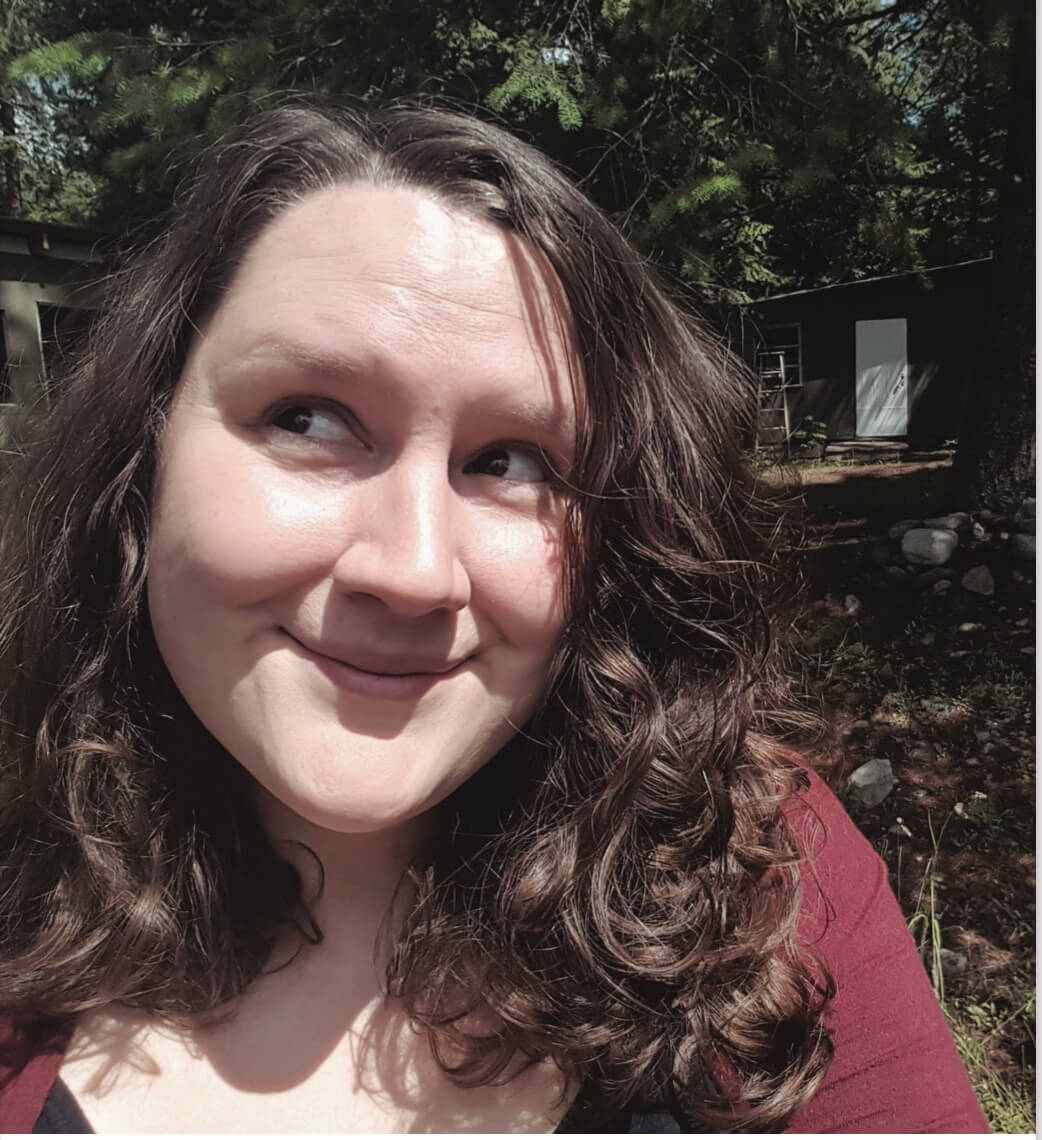 Out of all the games made by queer designer Avery Alder, Dream Askew feels the most like 2021. Table-top roleplaying games like Dream Askew are a medium where game designers invent systems and worlds, and players inhabit them. Think of them like movies: Avery Alder creates the set, the costumes, and the basic outline of character tropes. But players are directing the action, writing the story, and acting as the characters themselves. In Dream Askew, the world is collapsing. Players become members of a queer enclave, figuring out what comes after the end of their world.

“Apocalypse isn’t like a singular event that’s going to visit us all at the same time,” Alder says over Zoom, from her home in Sinixt Nation territory (near Nelson) in so-called British Columbia. Instead, it’s “a function of marginalization, and it’s a function of resource access.” By re-imagining the apocalypse as waves of destruction, Alder’s game can more starkly emphasize the difference between the haves and the have-nots—those with the resources to put off the apocalypse, and those who fall prey to it. It’s a sharp critique of late-stage capitalism.

“At least since the birth of capitalism, the system has been on the verge of collapse kind of continuously,” she says while spinning slowly in her office chair. She gives the 2007 subprime mortgage crisis in the U.S. as another example of an apocalypse. “I think, in that sense, we’re in the new apocalypse every seven to 10 years,” Alder says. The current COVID-19 pandemic, to Alder, is one of a never-ending string of economic disasters. And what better way to process the end of times than by playing a game?

“I really tire of stories that are about privileged, well resourced, heroic individuals who overcome adversity,” Alder says. “I’m really interested in stories that are about social fabric, that are about relational change, and that look at power in different ways.” Her games aren’t about heroes; they’re about ecosystems.
Instead of rolling dice or having one person control what happens, Dream Askew makes all players equally responsible for creating a story. You shape the world by asking questions. People build their play-space together. And that collaboration is carried into the gameplay, where your ragtag bunch of sexually diverse misfits have to work together to survive raiders, tech problems and food instability. The community-dependence resonates more sharply with Alder now than it did when she started working on the game in 2013. Society at large changed in those eight years, as did her own situation—she moved out of the city and back to the rural Slocan Valley close to where she grew up.

“If the power grid goes out, and if things start collapsing, then [the town] has maybe 200 people,” Alder says. She means there’s a scarcity of skills as well as resources, which is reflected in the Dream Askew world. “We’re down to people that like, if Doug dies, our survivability drops. That sense of this is what we’ve got feels more real to me now,” she says.

She chose to root the game in queerness because of the communities people instinctively form. LGBTQ2S+ folks are more likely to lose family support, to be poor and marginalized, and to rely on each other to get by. “Queerness is not and cannot be separate from questions of survival, and support networks, and economics and housing,” she says. “I think queerness is like, how you cope with trauma, how you manage to feel safe in a home.”

Playing table-top games, in and of itself, is also a way Alder builds community. She cares about the physical space people share while playing her game, and the pandemic has stripped players of that real-world connection. But table-top finds a way. For some, “the proliferation of online alternatives that’s coming out of the pandemic is really relieving,” she says.

“I think it’s just leading to more play that is more enriching.”