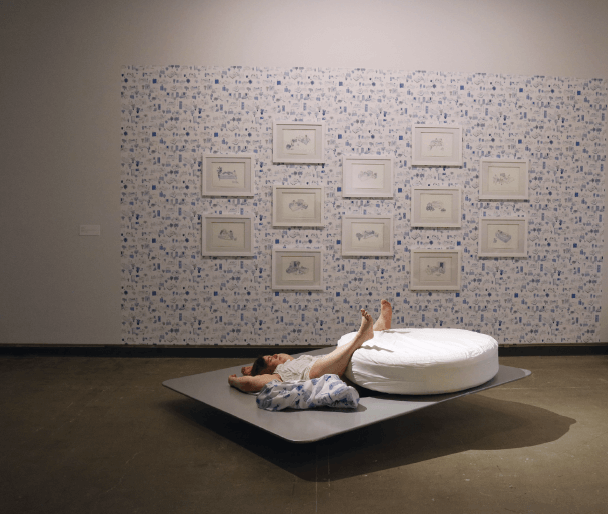 When you imagine international hubs for radical contemporary cinema and performance, Regina might not come to mind; but it should—and that’s thanks to Gary Varro.

In 1995, Varro was an assistant curator at the Dunlop Art Gallery inside the Regina Public Library. Around that time, the space was displaying an exhibition on Indigenous representation in mainstream Hollywood film. Noting its success, the gallery’s curator suggested that Varro put together a similar show exploring mainstream representations of their LGBTQ community in film.

The idea stuck with him. Varro felt that queer folks in Saskatchewan desperately needed a place where they could see themselves reflected in the cultural content around them. LGBTQ representation was still mostly confined to cities like Toronto, Los Angeles, and New York City. Making queer media accessible in Regina became both a personal and professional project for him.

Soon after, the Queer City Cinema (QCC) film festival was born. For nearly 25 years since, QCC has featured films by and for the LGBTQ community at the annual festival, highlighting Canadian and international work from outside of the mainstream. The priority is “showing films made by us, for us, unapologetically and without shame,” Varro says.

Audience favourites have ranged from Vivek Shraya’s biographical work I Want to Kill Myself to Kent Monkman’s alternative art history film Casualties of Modernity, and Dayna McLeod’s I Live for Menopause, which confronts ageism with humour, a lively dance track, and her own queer and aging body.

More recently, QCC has expanded beyond film to include performance art. “I like it because it’s still a very marginalized art practice,” Varro says. “The word queer itself just seems to lend itself to performance art. It’s unusual; it sort of pushes against convention and expectation; it can disrupt the status quo.” In 2015, American genderqueer artist Kris Grey’s performed Homage, which explored Grey’s out-of-body experience of watching their chest bleed after top surgery. In 2018, Bengali artist Nabil Vega performed Visiting Thahab, where she considers the Muslim American femme identity in a post-9/11 diaspora.

After decades of support and community-building in the prairies, Varro is taking selections from the festival on the road. QCC will hold its sixth national tour in January and February of 2020, visiting five Canadian cities east of Regina: Winnipeg, Ottawa, Montreal, Sackville, and St. John’s. “The tour is meant to go places where this kind of work is hard to come by,” Varro says, offering two nights of screenings during each stop.