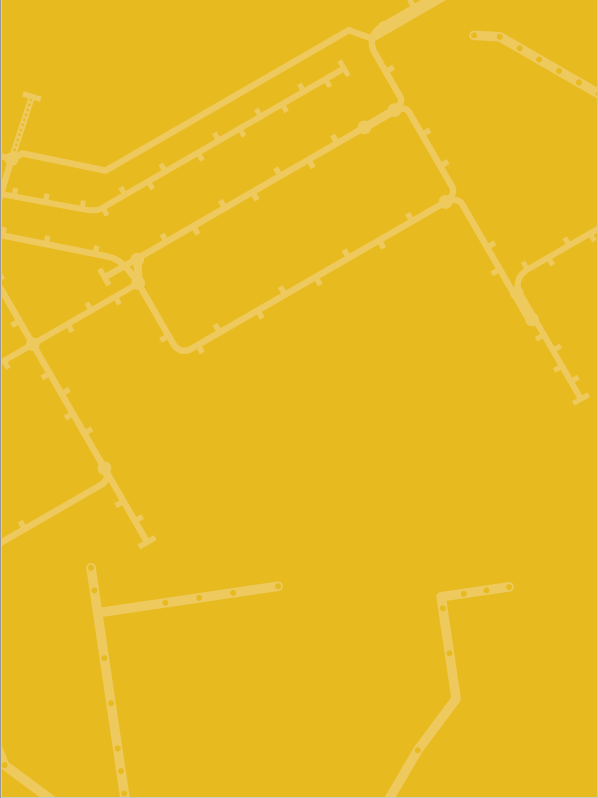 “Smile! You’re on fare evader camera.” Such is the message of the Toronto Transit Commission’s (TTC) ad campaign, which was rolled out in May 2019. The campaign follows a scandal that broke a few months earlier, when Toronto’s auditor general released a report estimating that the TTC had lost upwards of $60 million from fare evasion. It inspired an entire genre of articles that focus on describing the different ways that people manage to skip fares, often including photos and videos as public shaming. The bottom line is: your fellow riders, unlike you, are riding for free— and you’re paying the price.

Both the report and the ad campaign sparked their own iterations of an age-old debate: whose fault is it when public transit fails? The question pokes at a bruise: transit has long been a comically sore spot for Torontonians, who’ve been waiting for a much-promised relief line, intended to provide an alternative to the city’s overflowing Yonge line, since before the city’s first subway route was built in 1954. The transit system is so bad and frequently delayed that transit delays have practically become a part of Torontonian identity—but Canada’s largest metropolis isn’t alone in the issue.

As it turns out, Torontonians’ transit grievances are not only older than transit itself, but also endemic to Canada’s national approach to public transit. Overcrowded trains, late buses, crumbling infrastructure, and infinitely delayed construction projects seem to be recurring problems for Canadian cities. Montreal, Vancouver, Ottawa, and Winnipeg all have the same symptoms—and the fare-evasion rhetoric to go with it.

What Canadian transit woes have in common is a substantial lack of federal funding and supervision. When funding is earmarked for public transit, it is usually earmarked for the broader issue of infrastructure—a term which means the money may go toward public transit, but may also go toward building or maintaining highways, meaning that local transit commissions still have to fight for their share of the funding. Cities throughout Canada are facing the same problems and symptoms, because they are facing the systematic issue that Canada’s transit economy is built for cars and private transportation—but they are having to face it alone. That leaves transit planning to municipal and provincial governments, making transit funding a deeply partisan issue that depends on the election cycle.

Toronto’s relief line has been the subject of so many different proposals, many of them tied to elections, that they’ve been compiled into a book. The most recent iteration of these antics is Premier Doug Ford’s decision to shelve the line altogether in favour of a different route that would conveniently take riders all the way to a casino he would build in an already accessible and scarcely populated neighbourhood. (The casino plan has since been scrapped.)

There have been additions, even in recent years, like the UP Express connecting Toronto’s downtown to the airport, which originally flopped and then became a commuter success after slashing its fare in half. But even so, the system is failing to keep up with the city’s rapid population growth, leaving large areas sorely underserved. Poorer neighbourhoods receive substantially less service, leading to substantially longer, more stressful, and overcrowded commutes. This substantial burden makes transit least accessible to those who need it the most. When Presto, the Greater Toronto Area’s (GTA) universal transit access card that the province began rolling out in 2007 in an effort to make public transit more seamless, first started selling discounted fares for low-income people tied to Ontario’s disability programme, they found that half of those passes went entirely unused because it was very difficult to access.

Inaccessibility is perhaps theTTC’s most important problem, but it’s not its only one. Public transit advocates like TTC riders point towards aging infrastructure as one of many causes of the system’s frequent and long delays, which have been estimated to cost the city between $7 and $11 billion in productivity—including wages for people who weren’t able to work as many hours as they had planned. New infrastructure is also a problem: the Presto card is now infamously prone to glitches. The cards frequently fail to function, leaving riders no choice but to evade fares or let their bus leave without them. The system continues to grow more expensive to the province, which has now spent well upwards of $1 billion trying to implement it.

Despite these issues, the public service has only become more expensive: the monthly metropass was among the five most expensive in the world as of 2017, and its cost has only gone up since then. As the cost of transit becomes accessible to fewer and fewer people, the TTC ad campaign pulls on a lot of heartstrings: the TTC runs mostly on fare collection, and so the $60 million loss is an important cause of the system’s shortcomings. “I hear from residents daily who are frustrated by the cost of fare evasion,” TTC Chair Jaye Robinson says on the TTC website. “Riders who choose not to pay their fares are impacting our ability to deliver transit service to the entire city.”

But Robinson’s approach, which is endlessly recycled for clickbait articles, individualizes a systemic problem. TheTTC has the third biggest ridership of any North American transit system, yet it receives the least amount of subsidies, relying almost entirely on fares to continue functioning. Experts have for years pointed to this fact as the starting point for the vicious cycle by which low-quality service begets increased fare and vice-versa.

To say that these frustrations have gone entirely unanswered would be wrong: many transit systems have responded to the increasingly popular gripes with fare evasions through increased penalties. Toronto has recently hired more fare inspectors. Montreal is seeing widespread calls for a comprehensive audit and an increase in fare inspectors to go along with it. Transit coverage in Vancouver frequently follows the same path.

This goes hand-in-hand with coverage of the transit crisis that puts the blame on fare evasions, like an article on CityNews Calgary that points towards fare evaders “cheating” the transit system. With this kind of coverage, the blame for a systemic issue on a national scale that has been shifted onto provincial and municipal governments gets shifted even further onto individuals.

It also ignores a core purpose of public transit: to provide mobility, and thus access to healthcare, work, education, and other facets of life, to those who don’t use private transportation.

Advocates oppose raising fares and resent the increased funding allocated to fare inspection. A fine in Toronto can cost a whopping $425; in Vancouver, where fare evasion fines have been found to put youth in debt, you’d be looking at $173. In both cases, critics have pointed out, fare evasion will cost you more than a parking violation.

Increased policing in transit has been a controversial move, as it also increases opportunities for police brutality. This was the subject of the mass transit protest in New York in October 2019. It puts people of colour at a higher risk of encountering police brutality; it actively punishes people who can’t afford the fare but need to commute, thus making medical appointments, work, and other necessities even less accessible. At the same time, it spends money on fare inspectors’ salaries that could instead be put toward making the system more accessible.

And this is if the fare collection system works: for Canada’s showy but often-glitchy fare cards, that’s not a guarantee, and people throughout the country often find themselves facing fines after having already paid the fare.

“Municipalities don’t have that many options for [public transit] funding, unfortunately, under our system,” former Vancouver chief planner Brent Toderian told the Globe and Mail about the city’s 2015 vote on a 0.5 percent increase in tax sales to cover transportation infrastructure renewal. This “last-ditch attempt,” as the Globe and Mail called it, at giving TransLink, the authority responsible for transportation in Metro Vancouver, a functioning budget, was overwhelmingly rejected. The only other option to provide more funding, a hike in property taxes, was, again in the Globe and Mail’s words, “politically unsavoury” for the incumbent mayor.

In 2015, the Federation of Canadian Municipalities requested that Ottawa grant Canadian cities at least $1 billion in the yearly budget earmarked for new infrastructure spending. In 2017, their request was granted— a sure victory for city mayors, but not necessarily for transit advocates.

“There was this consensus that the majority of transportation planning and funding should be oriented toward accommodating more cars,” Victoria Transport Policy Institute director Todd Litman told the cbc. “What it boils down to is that it’s much easier for local governments to get funding for a highway improvement or new bridge than it is for a public transit project, even if public transit is the more rational investment.”

Public transportation is an investment that often requires a lot of money up front, and a lot of time to build before people can see the results—less traffic, faster and less stressful commutes, easier access to neighbourhoods throughout the city. What Canada’s lack of a federal public transportation policy does is pin this deeply necessary but controversial issue on municipal and provincial governments, allowing for it to be taken hostage by local party politics.

The poverty-shaming rhetoric that a lot of fare evasion clickbait adopts feeds into this. It pits people who use public transit and those whose interest it is to improve public transit and make it more accessible to all against each other. It makes the failure of public transit systems seem like an individual failure, a moral failure on the part of those who can’t pay their way. It ensures that Canadians continue dealing with chronic public transit underfunding simply by isolating cities and people from one another and pretending the shortcoming is personal rather than systemic.