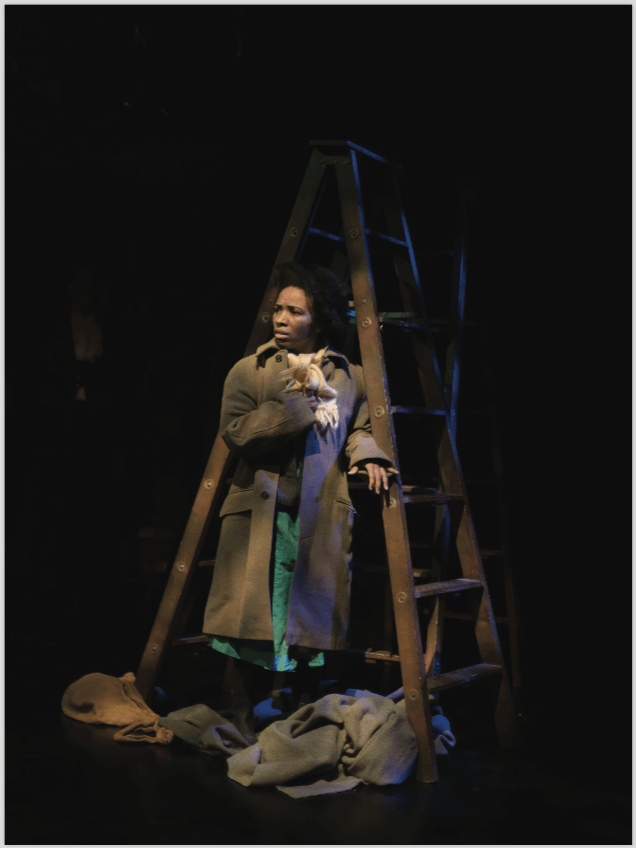 Mainstream Canadian theatre, put frankly, is a typically white world. Visions of white performers extending their bodies and amplifying their voices across stages and spaces come to mind; a sea of white faces listening in rapture appears just as easily. The popular theatre world reflects our public comforts: comfortable for performers and audiences who fit seamlessly into typical white places, and uncomfortable for diverse Black performers and audiences who may not.

Quincy Armorer, BTW’s artistic director, joined the company as an actor in the 1990s. He went on to coordinate the company’s former YouthWorks program, training and mentoring youth in the art of theatre performance, eventually taking on the role of associate artistic director. For him, the work of BTW and other Black companies like Toronto’s Black Theatre Canada and Theatre Fountainhead—both of which closed their doors almost 30 years ago—are important in an arts landscape historically and presently devoid of
much colour.

“I can almost say it would be great if there was no need for companies like Black Theatre Workshop because our stories were being included and appreciated.” In the meantime, he says, “We tell stories that many mainstream companies don’t necessarily put on their stages.”

Among those narratives is Omari Newton’s Black & Blue Matters, which will see its full production in 2020 after a staged reading this year. It’s a satirical, interactive hip hop theatre piece about a white-presenting police officer who has been found innocent of shooting and killing a gifted Black youth, a rising DJ. Audience members serve as the case’s jury, deciding the fate of the officer. The production is a complex socio-political piece, deconstructing the bias that exists in our legal systems and absent notions of justice.

In February, BTW will stage Simone, Half and Half, a world premiere of emerging playwright Christine Rodriguez’s story of a biracial teen caught between cultures—her father is Black and her mother is white. The performance follows the young girl as she comes to terms with her identity. In the difficult world of school friendships and loyalties, she navigates where she fits in with her Black and white classmates. The play will run during Black History Month as a school tour, travelling to schools throughout Montreal.

This spring, there’s the highly anticipated performance of August Wilson’s Fences, a co-production with Montreal’s Centaur Theatre. Recently made more widely-famous by Denzel Washington and Viola Davis’ 2016 film portrayal, Fences is the story of an African-American blue collar worker and ex-convict in 1950s America. He once had a promising future in baseball but after time in prison must now fight to be a better husband and father for his family. Armorer will star in the show alongside BTW regular Lucinda Davis.

While some Canadian companies commission performances that tell non-Black stories and feature Black actors and writers in their place, inverting the politics of representation, that simply isn’t BTW’s focus. “Of course there are companies that will do non-Black work and cast Black actors in them. That’s not us. We specifically focus on the Black experience and Black stories,” says Armorer, though that doesn’t necessarily mean that every play produced by BTW is written or performed by Black theatre professionals.

The company will continue pushing boundaries and expanding its reach. To celebrate its monumental 50th anniversary in 2020-2021, Armorer reveals French language productions will also be coming to the BTW stage. “It’s a huge milestone,” he says. “We’re hoping it’s going to be one of our largest seasons ever.”