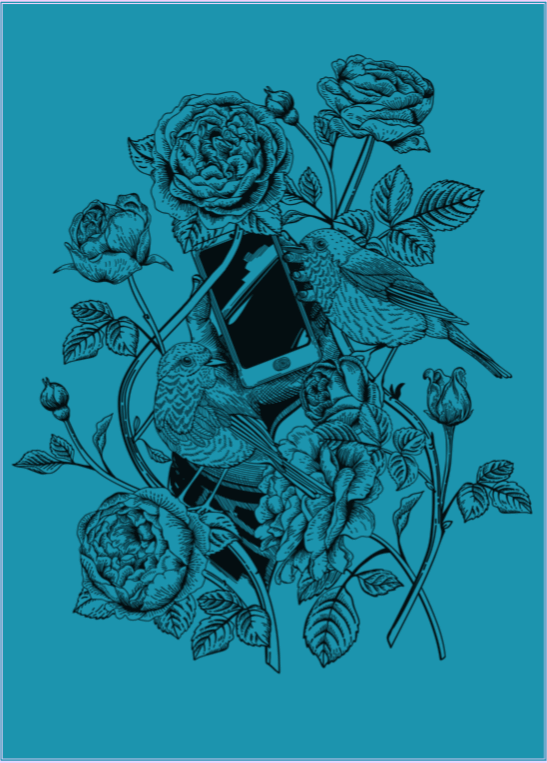 For five days, I revisited—with rapidly increasing frequency— the WhatsApp “last-seen” status of a man I’d met on an online-dating app. I had taken note of it at first because it was, as timestamps go, significant: Sunday, 8:01 p.m. was the exact time our most recent date had begun. At first, I figured he was just busy—and, since most people don’t use WhatsApp as a default messaging application, I figured he just wasn’t logging on because he was conducting necessary communication elsewhere. But the timestamp stuck in my head, and so I couldn’t stop checking. I started checking too much. I told people I was checking. I deleted the chat thread. I deleted his contact. I re-added his contact. The timestamp was the same. I deleted everything again.

I did this two more times before he messaged me. And the emotional release—the decrease in anxiety—was palpable.
I began paying attention to other things because up until that point, for a span of nearly a week, a timestamp had taken over my entire life.

I started online dating in the summer of 2018, after becoming single at the end of a seven-year, mostly monogamous relationship. I am also clinically depressed and diagnosed with generalized anxiety disorder. While online mediums make it easier for me to communicate with others free of the gut-punch nervousness I often experience when interacting with people in real life, mediums like Tinder and Bumble are built upon a framework of features that can spike feelings of stress, insecurity and self-doubt as much as mutually swiping right can alleviate them. The primary difference, though, is that the latter has a short half-life (by design), whereas the dull, gnawing hangover of the former can linger and build. Online dating, no more or less than any other online medium, has the potential for long-term mental harm.

Peer-reviewed studies about the mental-health implications of online dating are as prolific, now, as were similar studies incriminating social media, at the turn of the decade, when Facebook et al. consumed our collective consciousness. The news is predictably grim: A 2016 study by the American Psychological Association found both male and female Tinder users reported less satisfaction with their physical appearances than non-users, while male users reported lowered self- esteem. A 2018 survey of Match.com users found 15 percent felt “addicted” to the process of looking for a date; millennials were 125 percent more likely to report these feelings.

But the problem, I’ve observed in my peers as well as in myself, is not so much in the transactional nature of the dating apps—the inherent affirmation/rejection that accompanies a swipe right/left—but in the tiny digital breadcrumbs that surround each interaction. Take Sunday, 8:01 p.m., for instance. For the most part, dating apps require premium membership to observe when matches were last seen; the heightened visibility that often begets heightened paranoia and anxiety comes at a cost—and those who find themselves unwitting masochists to the Orwellian design of dating apps are easy monetary prey. It’s self-harm by subscription. Tinder, the Mack Daddy of dating apps, allows users to see how far they are from one another; paying to “fake” your location—to pretend you’re somewhere you’re not, either to gather matches for when you’re in town or disguise your location from a particularly nosy match—will cost you. On Bumble, seeing who has liked your profile rather than matching by accident is also pay-to- play. Feeld, an app where users are more likely to be looking for no-strings-attached physical relationships, also has a paid tier; it, among other things, allows you to hide your profile from Facebook friends who are also using the app.

There’s a commonality to each online dating application’s premium features: They essentially provide windows into the types of anxiety that are stoked once users move the conversation off the app, and into other mediums. WhatsApp’s last-seen feature—plus read receipts; Facebook’s newsfeed and mutual-friends collection; the three moving dots of iMessage; the bright blue light of a message received—of affirmation, of validation—and the dead, black screen of “I guess I’m not good enough.” Each tiny digital sign of life adds to a growing network of anxieties; a new spore in a massive, brain-blanketing fungal network of what-ifs. It’s consuming. It’s gut-wrenching. And, for the most part, it doesn’t feel like romance at all.

If none of this is ringing a bell to you, good: it may be the case that you haven’t entered the perilous arena of digital romance with a preexisting mental illness. But for those of us who have, the confluence of our always-on digital lives with the sometimes-there sparks of online romance can feel heady at best, enveloping at worst.

And since the mediums—and their anxiety-inductors— are so disparate, coping mechanisms tend to be ad hoc. They often manifest as patchwork digital desire paths: A friend of mine swears by muting notifications on dating apps as well as the text threads in which she’s engaging potential partners. She says that visiting those mental stimulators only when she chooses to lends a sense of control. Another puts his apps in a folder that’s not accessible from his cellphone home screen. Dozens of friends have told me about deleting Tinder, reinstalling it, deleting it again, opting for a different app, opting for two apps at once, deleting both, then starting anew.

Dating apps, ostensibly, exist to facilitate human connections. And this is why it’s so difficult to apply the advice often levelled at those of us who find social media anxiety- inducing—“Just delete it!”—to Tinder and its cousins. We can still keep in touch with our friends and family without the helping hand of Mark Zuckerberg; our phones still have, um, a phone function. But we aren’t speed-dating anymore. Swiping right is the new meet cute. And if you already tend toward introversion due to mental health issues, opting out of digital dating may seem tantamount to joining a convent. Otherwise, it’s a precarious tightrope walk, attempting to balance the temptation of choice, the promise of sexual freedom and the desire for romantic intimacy, with the anxiety-riddled need for order and no surprises. So what’s to be done?

Two weeks after the Sunday, 8:01 p.m. incident, I blocked that match from being able to contact me altogether. I needed to give myself the feeling of being in control. Shortly after, I spent some time with a casual partner of mine, who apologized for having recently gone quiet on me for a few weeks. He said he’d been experiencing a minor mental-health crisis, and had to take some time off. I was taken aback by his candour, at once happy that he felt safe enough to share this information with me, and embarrassed at my shock that, even in such a casual context, openness about mental wellness could be so easy.

I texted Sunday, 8:01 p.m. not long after. I told him I had no way of knowing if he’d reached out, because I’d blocked him, because my anxious brain needed a bit of a break. He hasn’t replied, and I don’t care if he does. I feel honest and I feel relieved, and this makes me feel more in control of my mental health than checking status updates and muting conversations. It feels better than pretending to feel nothing at all.