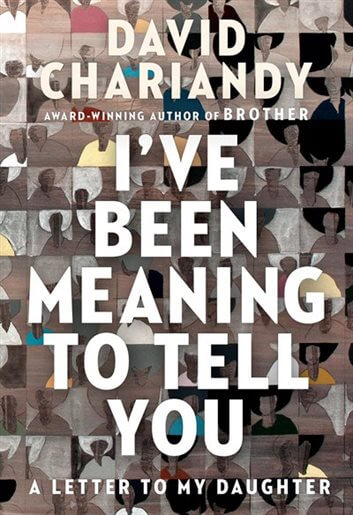 I’ve Been Meaning to Tell You: A Letter to My Daughter
By David Chariandy
McClelland & Stewart (Penguin Random House), $19.95

I’ve Been Meaning to Tell You, a touching letter to his daughter by the award-winning writer David Chariandy, is a book that speaks to third-generation children growing up in a very different Canada than the one in which their grandparents arrived. Aptly timed for the sesquicentennial, this is the third book written by Chariandy, who debuted with Soucouyant in 2007, followed by Brother, which won the 2017 Rogers Writers’ Trust Fiction Prize.

In a series of four chapters, ranging from the sharp “Incident” to the grounding “Arrival,” I’ve Been Meaning to Tell You is both response and fatherly instruction. Chariandy tenderly expresses to his daughter the African- and Indian-Trinidadian and English Protestant origins of her parents while eking out his own sense of belonging in Canada—amid his own painful life experiences and his parents’ toil in their adopted homeland.

Reminiscent of Between the World and Me by Ta-Nehisi Coates and others, the book is an insightful account fitting for Chariandy’s daughter’s coming-of-age— a timeless gift touching on themes of mixed-race identity, class differences, racism, and acceptance. Chariandy leaves us with something distinctly Canadian that is steeped in pride for his homeland, a rootedness in the words of authors like Khalil Gibran, Sweet Honey in the Rock, Countee Cullen, and Zetta Elliott, while moving into a future nurtured by a family’s love.