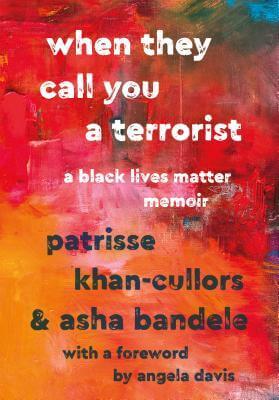 The next morning, which is really just hours later, we arrive at Monte’s county hospital room which is located in the prison wing. He is being guarded by two members of the Los Angeles Police Department. Before we enter the room they nonchalantly tell me pieces of my brother’s story:

We thought he was on PCP or something, one says.

He’s mentally ill, I respond, and wonder why cops never seem to think that Black people can have mental illness.

He’s huge, one exclaims! Massive! They had to use rubber bullets on him, one says, casually, like he’s not talking about my family, a man I share DNA with. Like it’s a motherfucking video game to them.

We had to tase him too, the other cop offers, like tasing doesn’t kill people, like it couldn’t have killed my brother.

I will learn later that my brother had been driving and had gotten into a fender bender with another driver, a white woman, who promptly called the police. My brother was in an episode and although he never touched the woman or did anything more than yell, although his mental illness was as clear as the fact that he was Black, he was shot with rubber bullets and tased.

And then he was charged with terrorism.

Excerpted from When They Call You a Terrorist: A Black Lives Matter Memoir © PATRISSE KHAN-CULLORS and ASHA BANDELE, 2018. Published by Raincoast Books, raincoast.com