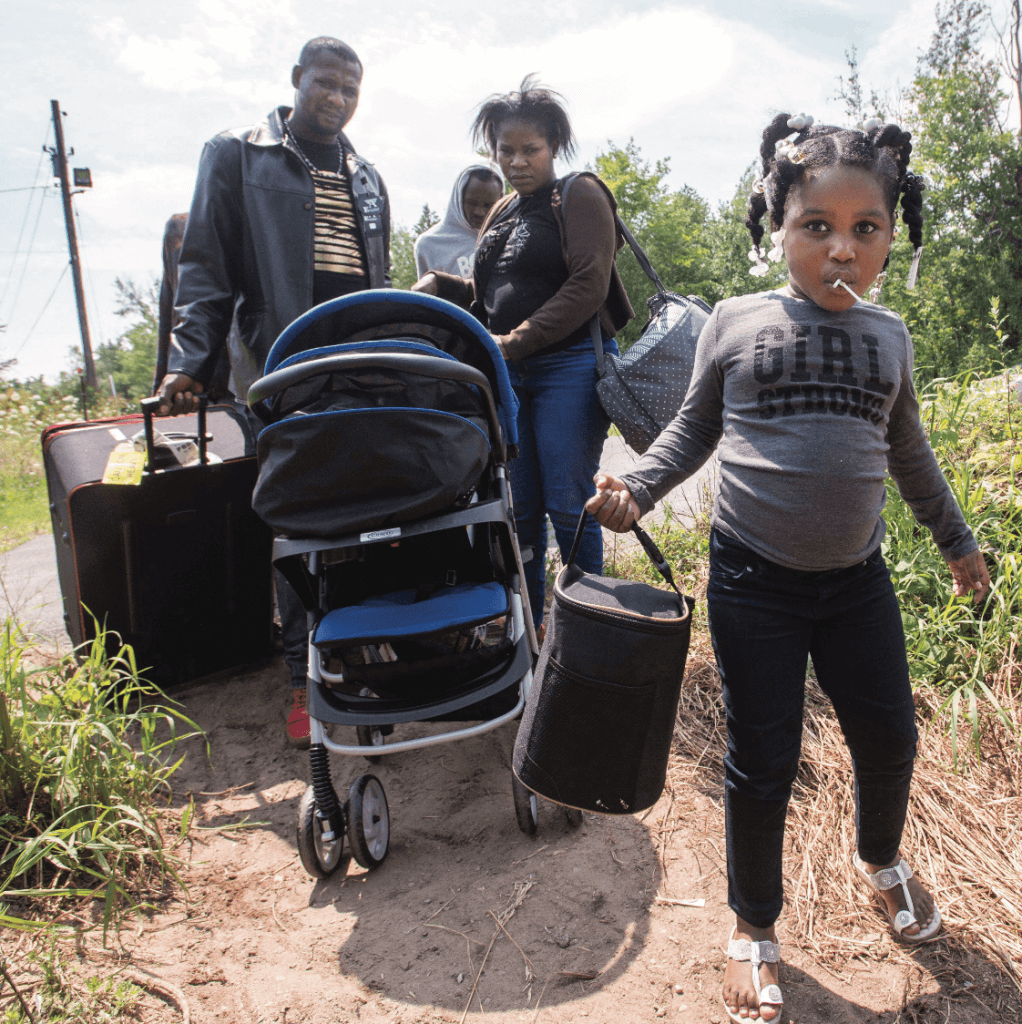 Photo by the Canadian Press/Ryan Remiorz.

On a sunny Friday afternoon this past August, families—many of Haitian descent—began crossing through the Canadian border from Champlain, New York. Suitcases in hand, they started their trek to Canada in search of asylum—and a new home. Early this year, President Donald Trump threatened to end a program that granted Haitians temporary protection after their country’s devastating earthquake in 2010. The result was the mass arrival of hundreds into Canada, and in August alone, an estimated 6,000 asylum seekers crossed into Quebec. Hotels were not enough; Montreal’s Olympic Stadium became a temporary home for many. And while the number of border crossers appears to be slowing, the Canadian government still has plenty of work ahead.