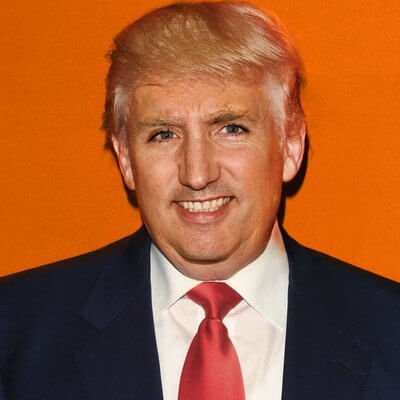 On July 1, President Donald Trump posted a tweet congratulating Canada on its 150th anniversary and referred to the prime minister as “my new found friend @JustinTrudeau.” This might seem odd, especially in light of recent disagreements between the two leaders over the Paris climate accord and Trump’s threats to ditch the 20-year-old North American Free Trade Agreement (NAFTA). But despite their differences it seems a summer bromance is in full bloom.

While not quite at the stage of strolling together through a flowery garden path along the ocean—as Trudeau did with French President Emanuel Macron in May—Trump’s tweet did hint to some serious sparks. Far from genuine closeness, what Twitter is calling #TrumpDeau is instead the product of a well-thought-out tactic to lull the erratic president into letting Canada sit on his good side—at least for a while.

Following through with his “America First” campaign battle cry, over the last few months Trump has repeatedly attacked the U.S.-Canada trade relationship, particularly on softwood lumber, dairy, and most recently, steel. In April, Trump threatened to pull out of NAFTA, calling it a “catastrophe.” He later backtracked and said he is willing to renegotiate (though he might change his mind once more if they can’t reach a deal that is “fair for all”). Trudeau has weathered these hurdles with grace, and has yet to appear too worried.

He put it quite simply in a public event hosted by the New York Times this June in Toronto, when Trudeau was interviewed by Times journalists Peter Baker and Canadian correspondent Catherine Porter. He loosely quoted a former prime minister—he couldn’t remember which one—likening Canada’s proximity to the U.S. to sleeping beside an elephant: “No matter how even-tempered the beast, you’re affected by every twitch and grunt.” (In fact, the man behind the famous quote was none other than his own father, the charming and much-loved former Pierre Trudeau, in whose steps our current PM seems destined to follow.)

This elephant is now far larger, grumpier, and prone to shuffle around than any of his predecessors. As the protectionist rumblings of the new American president are turned to the north, Canada seems to be facing a shakedown as the government carefully balances friend and foe.

The Trudeau administration has been preparing for these uncertain times since Trump was inaugurated in January. Nearly three-quarters of Canada’s exports head to the States, and the real threat of losing NAFTA has the administration switching strategies. “He decided to take a diplomatic approach,” says Baker, who credits the PM’s tactics. “He’s going to smooth over the differences as much as he possibly can, but that doesn’t mean he’s not finding ways to advance his own agenda.”

But what that agenda is, exactly, remains uncomfortably vague. In last month’s Times event, Trudeau was quick to admit the policy differences between the two. Yet when asked about NAFTA renegotiations he stuck to his reasoning that no leader in their right mind would call off such a lucrative trade agreement with so much at stake. When pressed further about his backup plan should the renegotiations in August go bad he insisted, “There’s no need for a plan B,” later saying he was 100 percent confident in the existence of NAFTA in a year’s time.

From a diplomacy perspective, being chummy with Trump isn’t a bad place to be, and so far Trudeau has scored a position with the president that other leaders have not (cue Macron awkwardly clamouring his way to Trump’s side for G20 family portrait). But despite the eagerness of the Canadian government to insist upon its importance to its southern neighbour, the U.S. just simply isn’t as reliant on trade with Canada. A recent study by the University of Calgary has shown that in only two states—Vermont and Michigan—trade with Canada contributes to more than 10 percent of its annual economic output. Canada’s provinces, on the other hand, are far more reliant, with 49 percent of Ontario’s GDP and 31 percent of Alberta’s GDP depending on U.S. trade. This has produced a lopsided trade relationship, putting Canada in a precarious spot.

But Trump is not like any other United States president. Trudeau himself labelled the president a businessman and a dealmaker. “He knows how to interact socially on a very effective level,” he said, acknowledging that Ottawa has had to react likewise. “We realized we had to get connected with the folks who were coming in to government for the next four years.” Trudeau’s government has wisely noted Trump’s considerable value in personal relationships—he’s the kind of guy where a strong handshake goes a long way in his decision-making process. So how does one approach trade with businessman? Baker says it seems the prime minister has calculated that personal chemistry and connections matter to the new president. “While they’re going to disagree, he’s not going to do it in a way that makes President Trump angry or hostile in a direct way,” he says. “He thinks that will benefit Canada.”

Trudeau has made it clear that he believes any attempt to stiffen the border will negatively impact both sides of the deal, and in what Times columnist Max Fisher described as a “donut strategy,” Trudeau has enlisted multiple layers of government to go around him. Canadian officials are appealing directly to American mayors, governors, and small businesses to establish relations outside the boundaries of the White House—a move that Barker describes as successful. “Where Trump and he don’t agree he’s going to find other partners in America,” says Baker. “That’s clearly a way for him to avoid open conflict with the president, but in the end a president matters and he’s going to find a way to manage that relationship.”

So what will happen if renegotiations go sour? If the deal is scrapped, it’s likely Canada and the U.S. will go back to a similar version of the previous U.S.-Canada Free Trade Agreement, or draft a new one altogether. In this event, things are likely to get messy with support for NAFTA divided across the United States. Millions of jobs rely on the free trade pact, especially in midwestern states where agriculture producers rely on exports to Mexico and therefore have more to lose, according to the Midwest media group Harvest Public Media.

As the summer draws to an anxious end, Canadians are forced to trust Trudeau and his government in their noble quest to secure a sturdy personal and trade relationship with the U.S. president. Undeterred by the unstable ground he seems to be standing on, Trudeau continues to hold his head. “What I’ve found from this president is that he will listen to arguments,” he said. “And that’s something we can definitely work with.”

If you say so, Prime Minister. Over to you.