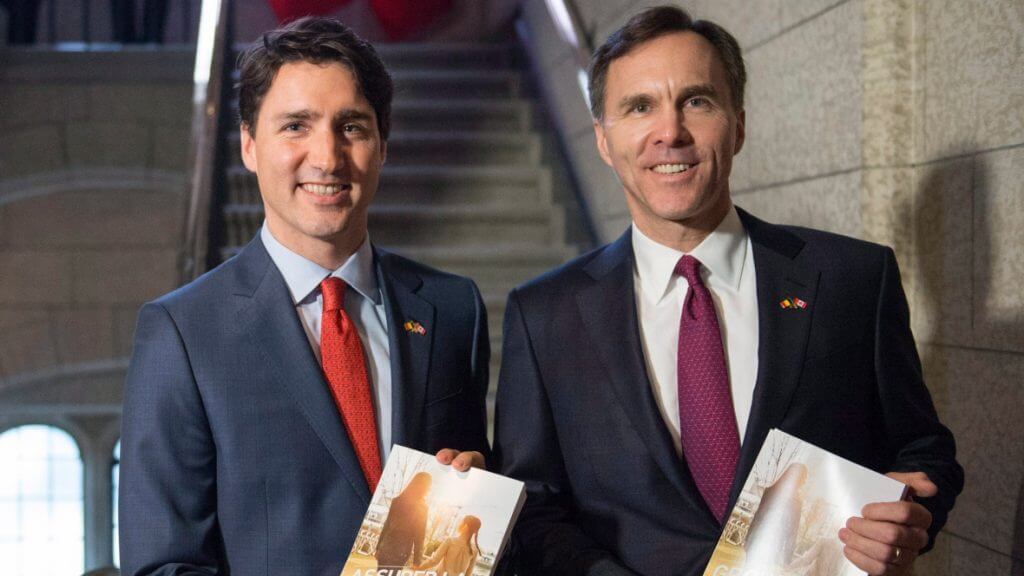 Trudeau’s majority win in 2015 promised many things, among them a strong economy and a happy middle class. Early on he revealed the party’s plans to run a “modest short-term” deficit of no more than $10 billion a year to achieve this, and hit the ground running with campaign promises of better infrastructure, innovation spending, and greener communities. Citing the need to jump-start the economy with these investments, the Liberals vowed to balance the budget by 2019–20.

On March 22, Finance Minister Bill Morneau blew through that promise in the 2017 federal budget, announcing a planned deficit of approximately $28.5 billion in the coming year, set to decline “gradually” to $18.8 billion in 2021–22. Long-term fiscal projections are now anticipating deficits until 2050, leaving Canadians wondering how the government ever plans to get back on track.

While Trudeau’s plans were praised by International Monetary Fund managing director Christine Lagarde last year, a number this large is atypical. Governments may run large deficits to stimulate a struggling economy. But despite some quarters that have experienced slower growth, the Canadian economy is currently growing. That means if there’s a sudden downturn, the Trudeau administration would have to plunge even further into the red.

In keeping in line with his campaign promises, Trudeau also promised in the C-44 budget bill to spend $187 billion on infrastructure over 12 years, including a $35 billion Infrastructure Bank. The bank would include the private sector to provide low-cost financing for new projects—a possible way to boost the economy and get much-needed transit projects off the ground. There are high expectations for the results of such spending, and success will largely depend on execution and choosing the right projects.

Trudeau was forced to push himself out of the worst economic decade since the Second World War, and after a sluggish start, Canada’s economy has indeed picked up. It grew by more than two percent in the last quarter, while unemployment in July hit 6.3 percent—the lowest level since the October 2008 recession.

But few of these happy stats may be attributed to Trudeau’s planning.

Much growth in Canada is rooted in consumer spending, which has picked up the slack from declining growth from the resource sector. Low interest rates have allowed consumers to carry the economy for a while, but have also let them rack up a fair bit of debt—making Canadians increasingly vulnerable to sudden rate hikes. On the bright side, Trudeau has set aside $6.6 billion to support skills and innovation, and has been pushing for a European Union free trade deal (spearheaded by the Harper government) to help improve exports.

For some, the irony of the 2015 anti-Trudeau campaign smear that our PM thinks “the budget will balance itself” is sinking in. Meanwhile, other Canadians are basking in the current steady economic climate—whether Trudeau is to thank for that or not. Ottawa hasn’t been shy throughout their planning phase and over the next two years Canadians will watch as they juggle their multiple projects in the air, waiting for results and all the while hoping against hope that we aren’t forced to send the bland old economist back in.