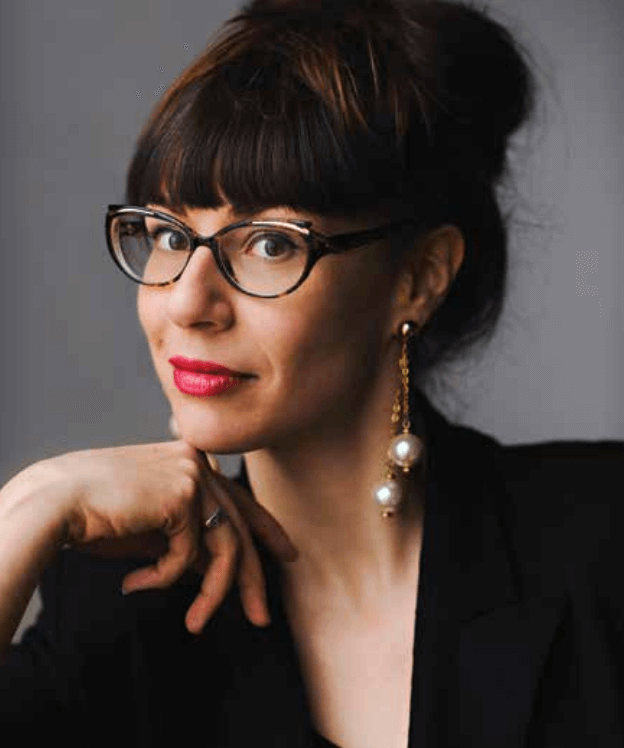 When Nobel Laureate Tim Hunt said, at a science conference in 2015, that the trouble with women in labs is they cry and fall in love, the scientific community reacted with a barrage of vituperations from both sides. For doctoral candidate Eden Hennessey, one hashtag became a call to action.

Under the banner #DistractinglySexy, female scientists took to Twitter to clarify what it’s really like for them in the lab or field. “Here I am shoulder-deep in cow rectum,” one woman tweeted. “So seductive!” Hennessey, a social psychology PhD candidate and manager at the Centre for Women in Science at Waterloo’s Wilfrid Laurier University, responded with another, more on-the-nose hashtag: #DistractinglySexist. The hashtag mobilized women across science, technology, engineering, and math (STEM) fields to present their true stories of confronting sexism.

As part of her dissertation, #DistractinglySexist became Hennessey’s first photo-research exhibition, drawing attention to sexism in Canada’s “Silicon Valley”—Ontario’s Waterloo, Kitchener, and Cambridge areas. The project integrated art and social psychology research methods to assess whether women fighting sexism in STEM fields face greater social costs than other women, and if so, how can those costs be buffered.

The #distractinglysexy trend is phenomenal. Here I am shoulder-deep in cow rectum, so seductive! pic.twitter.com/fz0v5fygTK

If you look at a high school math or science class, you’ll notice more than half of the students are girls. In university, the number of women in STEM drops to about 39 percent. By the time they get into the workforce, women hold 22 percent of jobs in STEM fields—up just two percent from 1987.

“For women in STEM,” says Hennessey, “it’s not just the lack of women, it’s the resistant and slow rate of change.”

The sluggish improvements are both a cause and symptom of the old boys’ club culture that continues to disadvantage female scientists. While there’s myriad data describing the gender gap in STEM, Hennessey was compelled to communicate the problem in a different way.

“We all have a right to be presented facts in a way that’s easily understood,” she says during our interview, before she makes her way to a protest march in downtown Waterloo to fight for her rights in STEM labs. “I wanted to de-silo knowledge from the ivory tower and present it such that it can get us the funding we need and effect change for STEM women.” Indeed, her work is part of a small but growing movement toward academic activism. The idea is that by taking hard data and converting it into creative expression, research becomes more inclusive and creates a wider, more powerful impact.

On the heels of #DistractinglySexist, which attracted international praise, Hennessey recently launched #DistractinglyHonest. This second exhibit features female-led research that unpacks whether honesty is the best policy for women facing sexism in STEM fields.

In the series, Imogen Coe, Dean of Sciences at Ryerson University, is photographed looking over rose-hued glasses with the message: “We cannot change what we will not see.” Coe’s piece highlights that male-authored studies are deemed more scientifically valuable than female-authored ones, even when those studies are identical. “There was something intensely personal about Eden’s photo-essay,” Coe says. “She focussed on individual women and their authentic self. We’re supposed to be scientists—hence, unemotional—but the photography aspect of her exhibit made us value ourselves more. It’s about engaging men and not about fixing women.”

The stats suggest girls grow up with just as much interest in science, math, and technology as boys. The shift away from STEM, then, is linked to cultural messaging that says women and girls don’t belong.

“There are systemic barriers every step of the way for women,” says Hennessey, noting that this is particularly apparent for women who want to have children in graduate school. “For them, financial support is minimal. It’s a cultural issue and a big deterrent for women.”

Of the 14 portraits featured in #DistractinglyHonest, perhaps the most poignant is of 10-year-old Alyssa Armstrong. She’s wearing headphones inside a bubble, shielded from negative gender biases. “I want to go to Mars when I grow up,” she says.

When that time comes, Hennessy is hopeful projects like hers won’t have to exist—that Alyssa and other young women can pursue their ambitions, undeterred by flawed cultural mores. “Changes to such systemic pressures need to happen in the next decade,” Hennessey adds, “or we’ll lose another cohort of scientists.”