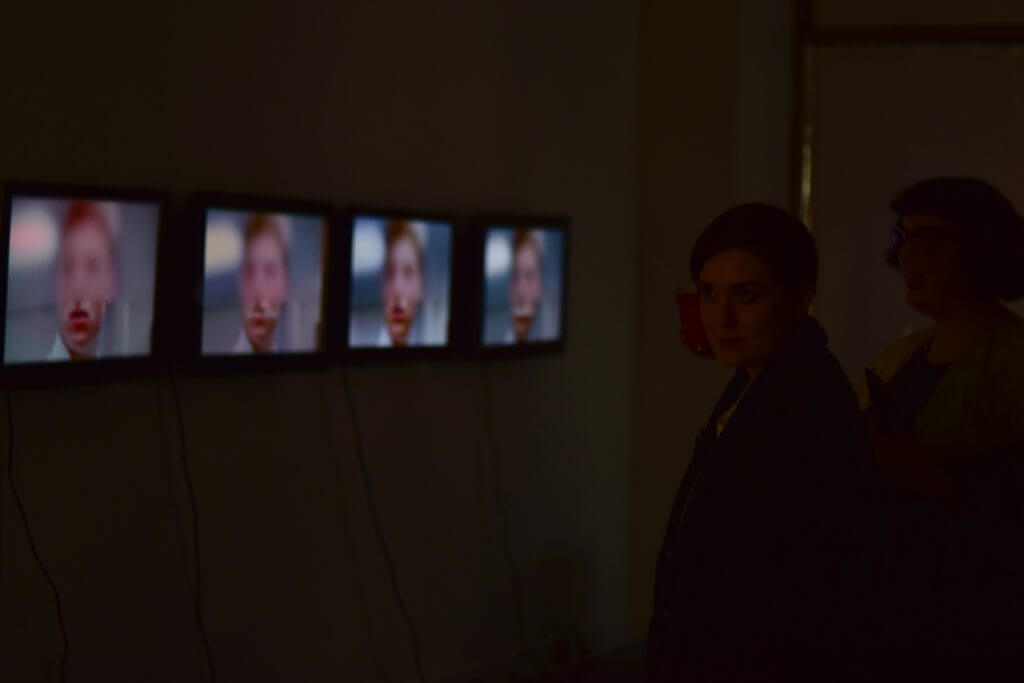 These personal politics of sound are the focus of a challenging art exhibition in Halifax. Sound Etiquette explores the social conventions around sonic communication the hearing community might not often consider—how we speak and hear, who gets to be heard, and when we are listening. It features international media artists from Canada to the U.K. whose works convey how limiting and inaccessible speech and language norms can be.

Christine Sun Kim, one of the artists in the show, coined the term “sound etiquette,” which refers to the unspoken rules of the hearing world that Deaf people are expected to abide by. For Kim, an American sound artist who has been profoundly Deaf—unable to hear any sound—since birth, these expectations range from not slamming doors to not eating potato chips too loudly. The demands imposed by sound etiquette send a loud message to the artist: Navigate the hearing world quietly and discretely.

“All of these rules assume that Deaf people don’t also participate in the sonic landscape,” says Halifax-based curator Amanda Shore, who produced the show throughout a professional residency at the Halifax media arts organization the Centre for Art Tapes.

The presumption that Deaf people don’t have a relationship with sound means that, too often, only hearing people are deciding what content is translated for Deaf communities. In the interpretation process, sounds and meaning may be overlooked, overstated, or misrepresented. The Deaf viewer’s experience is filtered—dependent upon the perspective of the hearing captioner. “The multidimensionality of sound, or many layered sounds, are often reduced to brief captions,” writes Kim in an artist statement. “The captioner chooses which sounds to reference and which to leave out.” 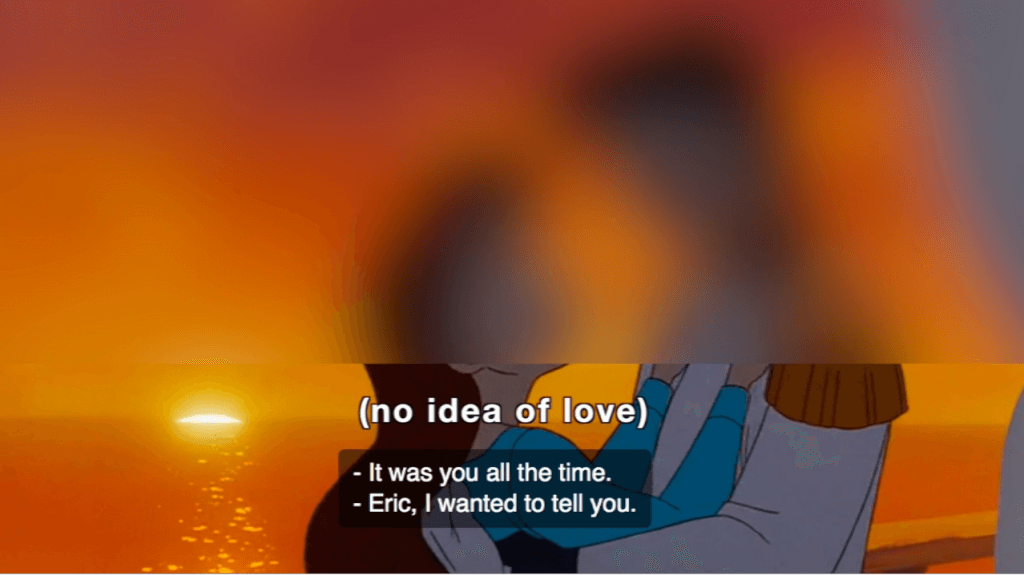 Kim shifts that dynamic in her work “Close Readings.” The piece consists of four screens showing popular film clips that resonate with the theme of voice, including Ghost, 2001: Space Odyssey, and The Little Mermaid. Four of Kim’s Deaf peers caption the clips and she gave her friends free reign to add whatever sound cues they wanted—literal, conceptual or abstract. They transcribe the scenes with observant, poetic captions: “soft, endearing sigh,” “the sound of blame,” and “the feeling of whiteness in the dark.” Kim softly blurs the images to encourage viewers to read the captions instead of watching and listening. “These beautiful moments that might normally get lost in translation are things that these captioners capture—like the sound of a kiss or changes in light,” says Shore. Hearing people who watch the videos encounter them through the perspectives of their hearing-impaired translators.

The other works featured in Sound Etiquette are even more abstract. Videos by Canadian artist Benny Nemerofsky Ramsay and British Afro-Caribbean artist Sonia Boyce explore language and voice as they intersect with gender, sexuality, and song. In Nemerofsky Ramsay’s video “The Last Song,” a man singing an operatic aria experiences a sudden vocal change, his voice transforming from adult baritone to youthful soprano. The performance confronts the viewer with notions of hormones, manliness, and the potential foreignness of our own voices. And in Boyce’s “Exquisite Cacophony,” a female vocalist and male rapper perform alongside one another in a 35-minute blur of slam poetry and incomprehensible babble. The piece is overwhelming, touching on challenging topics like gender norms and sexuality, then moving to another subject so quickly that language seems to unravel. 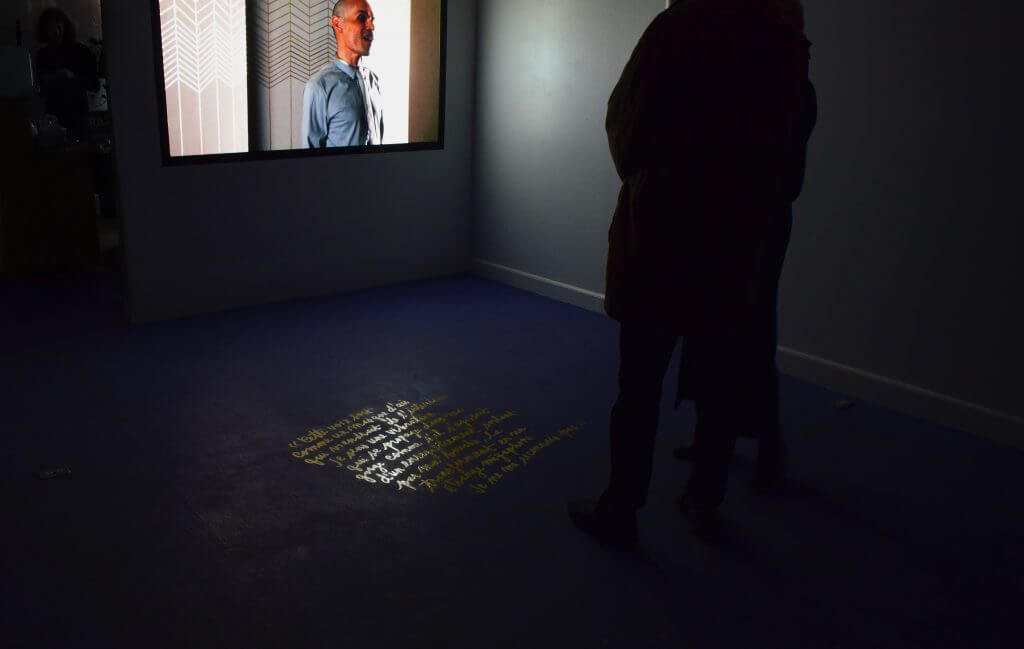 “The Last Song” by Benny Nemerofsky Ramsay on view in Sound Etiquette. Courtesy of Scott Kedy.

Both Nemerofsky Ramsay and Boyce are hearing artists, so their work was not captioned. Shore felt it was important to centre Deaf audiences by translating all English audio, so she captioned Boyce’s work herself. “I knew that decision would be a bit of a risk because Kim’s piece is specifically critiquing hearing people captioning work for Deaf audiences,” she says. “But I prioritized the fact that I wanted to make this a show where Deaf audiences could experience every work in some way. I decided to take that risk in hopes that even if the captions seemed insufficient, it would actually enhance the message of Christine’s Sun Kim’s piece.”

Shore also reached out to Deaf Atlantic and the society of Deaf and Hard of Hearing Nova Scotians to promote the show. She had ASL interpreters translating her curator’s talk and she provided text materials for each work in the show. She says these types of accessibility measures are often overlooked in the art world: “I find now that my eyes have been open to this, I’ve been noticing that galleries are falling short, particularly when an exhibition is specifically about sound or video.” 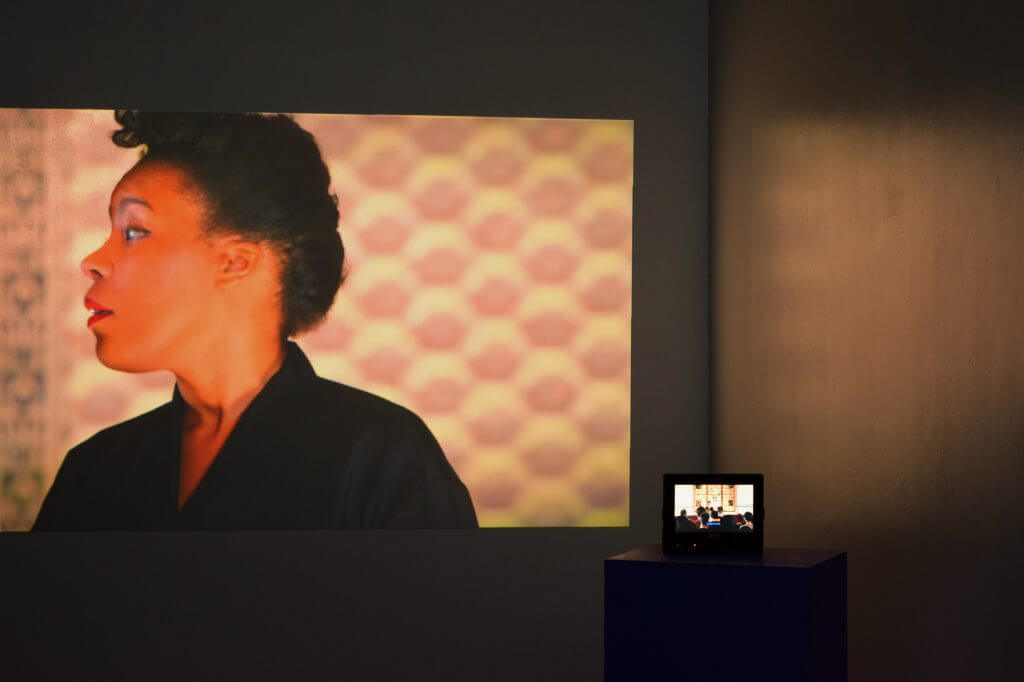 That said, there are a handful of Deaf art groups in the country leading the way. In Quebec, Deaf theatre collective Spill.PROpagation is performing in French, English, American Sign Language (ASL), and la Langue des signes québécoise (LSQ). In London, Ont., Vibra Fusion Lab is a collective led by Deaf artists using technology to create wearable pieces that translate sound into vibrations.

Shore hopes other arts institutions follow suit, making exhibitions accessible to hearing-impaired audiences, even if a Deaf artist isn’t featured. “I think it’s a big problem that we only think about these things as arts professionals when we’re held accountable in the work,” she says. “It should be something we think about through all of the shows.”’

Sound Etiquette is hosted by the Khyber Centre for the Arts and produced by the Centre for Art Tapes in Halifax. It runs through April 24.

Madi Haslam is a This intern.