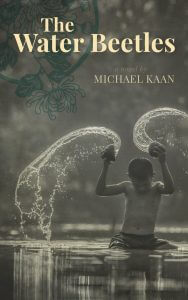 At times graphic and disturbing, The Water Beetles by Michael Kaan tells the heroic and poetic story of a young boy living in Hong Kong during the Second World War. Based loosely on the diaries and stories of Kaan’s father, the narrative follows 12-year-old Chung-Man as his prestigious family is reduced to shambles. Along with his siblings, Chung-Man is forced to leave his home, travelling on foot to find safety. The book seamlessly flips between present day and the war, with the narrator shedding insight on how the war affected him after all those years. Along the way, the young boy faces the horrific realities of war. However, Kaan is able to balance the bloodshed with beautiful imagery and detail.