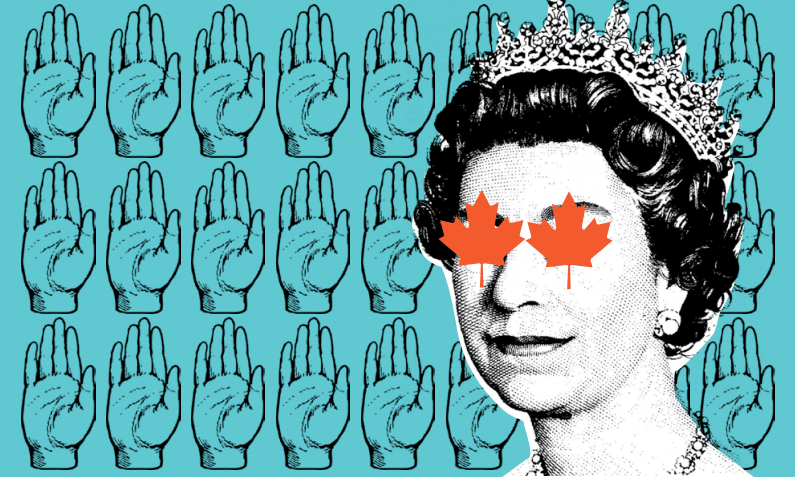 Inside the Citizenship and Immigration Centre in Toronto, about 90 people from the various corners of the world chattered enthusiastically and clicked camera shutters. They knew that morning, June 20, 2016, was going to be a memorable one: they would start their new lives as Canadians.

My spouse, Sid, was also there, flipping through his documents nervously. He waited seven months since writing his citizenship test to receive his invitation to the ceremony, anxiously checking the mailbox every day. Others in the room may have waited even longer—perhaps years—for that coveted invitation to arrive.

Becoming a Canadian citizen was not something Sid planned while attending university and working in the U.S. But when he visited Toronto in 2008, he was impressed by the city’s friendly atmosphere and multicultural neighbourhoods. In fact, he liked it so much that he transferred to his company’s Toronto office in 2010 and applied for permanent residency the following year.

Sid sat in his designated seat, wearing a crisp suit saved for special occasions. He had fastened a small maple leaf-shaped pin on his left lapel. This was a day of affirmation—he would publicly avow his loyalty to a new country, and renounce his previous passport.

For me, it was a reminder of what it means to be Canadian after living in Toronto for 20 years. I became a Canadian citizen when I was too immature to understand what it meant to accept a new citizenship. All I had known was that my family would be uprooting from Seoul, South Korea, and staying in Toronto, where my father was offered a job at IBM during the 1990s tech boom. Becoming a Canadian, especially a Torontonian, meant I would be able to meet people from across the globe and broaden my horizons. I now lived in a place where people coexisted regardless of their ethnicity, religion, and sexual orientation. But I have no memories of my own citizenship ceremony other than a few photographs, which made watching Sid’s citizenship ceremony all the more exciting.

“On behalf of her majesty Queen Elizabeth II, the Queen of Canada, I welcome you to one of the most important days of your life,” said the citizenship judge as the ceremony began.

Later, Sid raised his right hand along with all the others. “I swear that I will be faithful and bear true allegiance to her majesty Queen Elizabeth II, Queen of Canada, her heirs and successors and that I will… fulfill my duties as a Canadian citizen,” he recited, verse after verse, after the judge. Everyone in the room looked happy and proud.

But I was stuck on the multiple mentions of the Queen and her significance in Canadian identity. I was reminded of Sid’s mother, who resides in the United Arab Emirates, and her response to the citizenship oath.

“I don’t like it,” was all she said over Skype when told what it entailed.

I thought this was an understandable position, considering she and her family are Indian. Although she was born almost a decade after her country’s independence from the British rule, Sid’s mother grew up hearing stories of colonial India: forced taxes on commodities such as salt and agricultural crops that sent Indians spiralling into poverty. There are reminders of the British rule everywhere in India today, ranging from architecture to the Supreme Court of India’s rule that English is the only court language despite the country’s 22 other officially recognized tongues.

I thought about how other immigrants, especially those from countries that have been colonized, would feel during their citizenship oaths. Many come to Canada searching for freedom and liberty.

But would seeing that traces of colonialism are still alive and celebrated in their new country put a damper on their expectations?

A great number of Canadians oppose the current armchair monarchical system, according to one survey conducted by Angus Reid Institute in 2016. When asked if Canada should remain a constitutional monarchy “for generations to come,” 38 percent said no. In Quebec, a whopping 64 percent opposed the current system.

But it’s difficult to separate Canada from its British roots. Canada as we know it began with the long, checkered history of colonization of the Indigenous peoples by European settlers. Our country was born in 1867 as the Dominion of Canada, a self-governing colony of the British Empire.

Today, our country shares plenty with Britain: we have the same language, government system, military history, and Head of State, Queen Elizabeth II, and monarch.

Queen Elizabeth II has been the Head of State for 65 years. And while much of her power is symbolic—the Constitution limits her control in government—reminders of her authority are everywhere, from postage stamps to our $20 bill.

Some Canadians are trying to make a change.

A group of permanent residents launched a constitutional challenge, arguing that forcing would-be Canadian citizens to swear allegiance to the Queen violates protections for free speech and freedom of religion.

The Ontario Court of Appeal rejected that challenge in 2014, noting that “the Queen does not rule personally” and that “the reference to the Queen of Canada is a symbolic reference to our form of government.”

The ruling also stated those opposed to the oath have the opportunity to publicly disavow “what they consider to be the message conveyed by the oath” after they receive their citizenship in accordance to our guaranteed freedom of speech.

The website Disvowal.ca now lets Canadians publicly disavow their pledge of allegiance to the Queen. “I pledge my solidarity with the Indigenous people of this land,” writes one person. “I think royalty is an antiquated tradition that has no place… especially not in a modern, dynamic and equalitarian country like Canada,” says another.

This wasn’t the first time the oath to the Queen was challenged. Former prime minister Jean Chrétien was set to change the oath to Canada in place of the Queen in the 1990s but backed out at the last minute, then-citizenship minister Sergio Marchi told The Canadian Press in 2013.

But in February 2017, Immigration Minister Ahmed Hussen mandated that the oath include honouring treaties with Indigenous peoples—a change recommended from the Truth and Reconciliation Commission.

Perhaps this change marks the start of a new era for the oath. Pledging allegiance to the queen only bolsters a past full of discrimination. Why not scrap mention of the Queen altogether?

This year, Canada turns 150. It’s time to think about what the British monarchy symbolizes—not just for those adopting Canada as their new country, but for all Canadians.

Julienne Bay is a writer and a videographer based in Toronto. When not reading the news, she can be seen sketching random things in various parts of Toronto