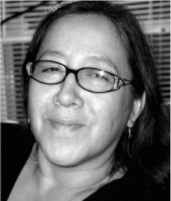 The Mohawk community of Akwesasne straddles the Ontario, New York, and Quebec borders. As of August 2016, it holds the first Indigenous legal system in Canada outside of a federal framework. The Council is a community government that is elected by residents and is composed of elected chiefs from each district along with a Grand Chief. Instead of following the standard of giving a punishment due to a crime, they are finding ways to rehabilitate their members and create a stronger community. We sat down with Joyce King, director of justice in Akwesasne to learn more.

How did the legal system come about?

The civil court has always been the elected council, falling under the Indian Act. But the people said: well what about Akwesasne laws? We have 33 laws on the books that include the needs of the community. The community said they want a court law to fall back on but more particular to what our practices are here, so the Council decided to use Mohawk values along with Canadian ideals in order to create the laws.

What makes it different than in the past?

It was ratified by the community itself. It is not under any Canadian statute. The people appointed to the court, the justices especially, aren’t through any statute or law of the Canadian government, making it very unique. The Council used their customary rules and created the court so that it meets the needs of the community.

What kinds of things does the court deal with?

Do you have any stories from court you can share that illustrate the council’s way of handling violations?

One person was coming in for a traffic violation because he was driving without a licence. Instead of giving him a fine, the court worked with him and ordered him to get his driver’s licence, which is a solution I don’t think anyone else can say they would give. But here, you get your licence and if everything’s well then that violation will be lifted and things are put back in balance with the community, because then you have somebody who can legally drive and follow the rules of the road.

How were disputes handled beforehand?

Well it stems back from how we used to resolve disputes before. You would make sure there was a balance in the community. If somebody did something wrong, you ask: what would it take to rectify the situation? In Canadian law, you have your list of offences and your list of penalties. There’s hardly any room to maneuver, to say: you know, we need to send this person to rehabilitation. For example, if you’re caught shoplifting you pay a fine, but here if you’re caught shoplifting, we ask: what’s behind it? Is it an addiction problem? Is it you need food for your family? The court can inspect these things and see what we can do to make this person better.

How did these types of resolutions work traditionally?

In the community we always had a way of resolving disputes. You didn’t need a judge to tell you how to fix things. In our community, you would talk to the neighbours and see what they can do to resolve it. If they have to come to court, then how can we resolve it for the community? It all follows restorative justice practices, and I think that’s a better practice than somebody just getting a fine and you’re on your merry way until you get caught again.

What does this mean for the community?

What are your hopes for the outcomes of this new legal system?

We hope things are different because we want to be able to incorporate that sense of security in the community. Meaning that when people go to court, their issues will be addressed. I’ll give you an example: Imagine a person who might have written graffiti on the wall at a school—he would be given a $50 fine. But here, the Justice can say, “I know you’re a good lacrosse player, why don’t you teach the kids that go to that school lacrosse?” So that person will start building a relationship with the children and when he walks to the school to teach them he will see the graffiti and realize what they are seeing every day. So hopefully there’s some responsibility and the person will realize they did something wrong to those children. There are about 12,000 people in the community so we know the families here pretty well. If someone is trying to say something like, “My parents don’t care,” then the Justice will say, “I know your parents and they do care.” We’re small enough so that we know everyone and their situation and that will only make the system better.