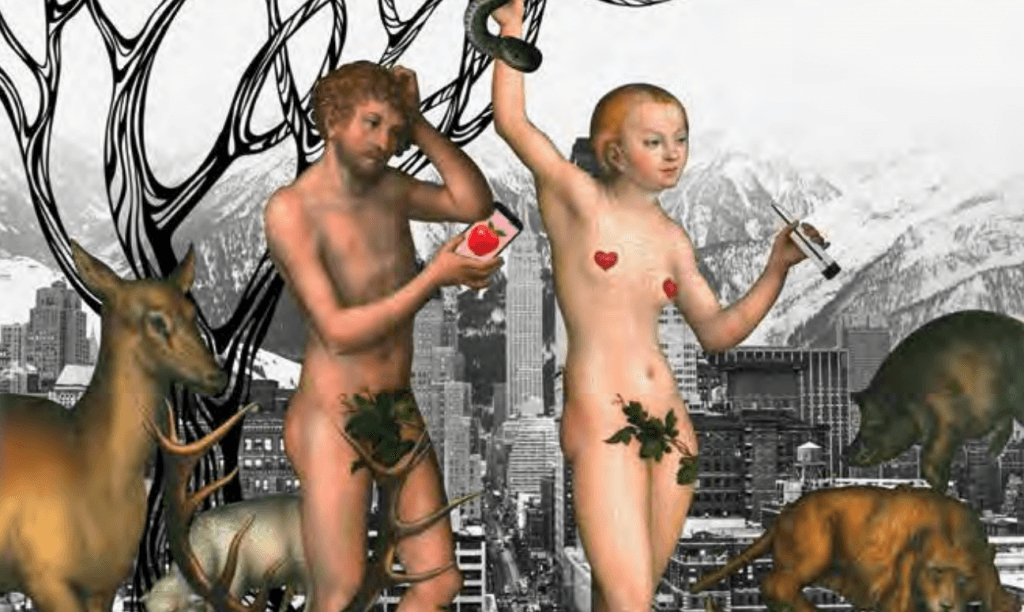 When hooking up with partners I meet through online dating apps, I keep my expectations low. More often than not, hookups from Tinder, the smartphone app that allows you to swipe through potential suitors within a certain geographic range, don’t give me an orgasm, let alone an epiphany about my sexuality. It takes time for a new person to learn the quirks of my body and how to please me, just as it takes time for them to get to know my mind.

So I was surprised when my one-night stand on a trip to Minneapolis taught me something I didn’t know about myself.

We started off with me going down on him. I was happy to do that and to keep doing that, but midway through his stream of generic dirty talk, he proposed doing something more. I lifted my head, miffed by the interruption, and pondered his question. Then I shrugged, and said, “Nah.”

The truth is that good ol’-fashioned intercourse doesn’t turn my crank anymore. As I talked with other folks my age about this, I noticed I wasn’t the only one disillusioned with conventional sex. Penetrative intercourse, or penis-in-vagina sex (PIV)—once thought of as a standard, expected sexual act—seems to be on the decline.

It’s no secret that millennials aren’t reproducing at the same rate as our predecessors. A 2012 study by the Urban Institute found that twenty-something women’s birth rates had dropped more than 15 percent since 2007. It’s unsurprising that this drop coincided with the 2008 financial crisis: a generation coming of age in a decimated economy would naturally be pickier about which expensive choices we make. Increasingly, we can’t find work in our fields, so it follows that we might avoid the sexual act likeliest to land us with a baby-shaped financial commitment. Heart-pounding money anxiety isn’t exactly an aphrodisiac.

We can chalk some of this up to the sexual revolution and women’s sexual liberation. That process has been ongoing since the 1960s, when feminism and the introduction of the birth control pill made it easier and more acceptable for women to pursue sex outside of marriage and for purposes other than reproduction. Now, fewer young women are content to just “lie back and think of England.” Studies indicate that anywhere from half to three-quarters of women need clitoral stimulation in order to reach orgasm—and while PIV sex boasts plenty of fun features, consistent clit contact isn’t one of them. Although penetration feels fantastic for many women, it lacks orgasmic potential for many of us. Millennials of all genders are more clued in to this crucial information than any other generation. If we want an orgasm, we’re likelier to ask for it or to make it happen ourselves.

But you’d be surprised how many men sneer at a woman who actively claims her own orgasm. I’ll always remember the time I pulled out a clitoral vibrator during intercourse with a new partner. When he felt the vibrations transmitted through my body, he wrinkled his nose and declared, “That feels weird!” I know many women who’ve been similarly chastised by men for trying to pleasure themselves. One friend of mine started touching herself while hooking up with a hot Irish boy, who then rendered himself much less hot by sneering, “What the hell are you doing?” My friend had never been so embarrassed during sex in her life. Since having an orgasm during PIV can be both difficult and stigmatized for women, it’s reasonable if we favour acts that make us come more easily and let us relax into receiving pleasure.

It’s not only women who are falling out of love with PIV. Many men I know—including my Minneapolis hookup—seem reluctant to pursue PIV with their partners like they used to. They approach intercourse as if it’s a favour they’re ambivalently performing for their partner’s benefit, rather than a fun activity they’re excited about. It’s not that these men are generally unenthused about sex: many are passionate about oral and digital sex. But hand them a condom and get into position and their erections will wilt.

Intercourse is commonly characterized as a “performance” for men, with articles and advice columns sharing tips for boosting “endurance” and “stamina.” The PIV narrative still centres around toxic masculinity, even as our sexual culture shifts toward gentleness and mutuality. It’s unsurprising that men would get nervous about an act cloaked in so much dogma: last longer, stay harder, perform better. Using their mouths or hands on partners, and having partners do the same to them, is a much lower-stakes situation for men and may allow them to relax and enjoy themselves in a way PIV doesn’t.

Condoms, too, make intercourse unappetizing for some. Some men report stunted sensitivity when sheathed in latex. Many women, including me, choose not to use hormonal birth control because of its side effects, so condoms are often the contraception of choice—and many dudes will choose no PIV at all over sex with a condom.

As for me, my attitude toward PIV is perpetually in flux. By itself, it offers little appeal to my kinky, queer heart, and I find other, non-traditional sexual acts more fun and more pleasurable. Growing up in the 21st century has taught me that any approach to sex is valid as long as it’s safe, consensual, and mutually enjoyable. Millennials might throw out the old rulebook of sex, but we still like playing the game.

Kate Sloan’s writing on sex, kink, and feminism has appeared in the Establishment, Maisonneuve, the Plaid Zebra, xoJane, and her award-winning blog (girlyjuice.net). She co-hosts The Dildorks, a weekly podcast for sex nerds. You can follow her on Twitter @Girly_Juice.