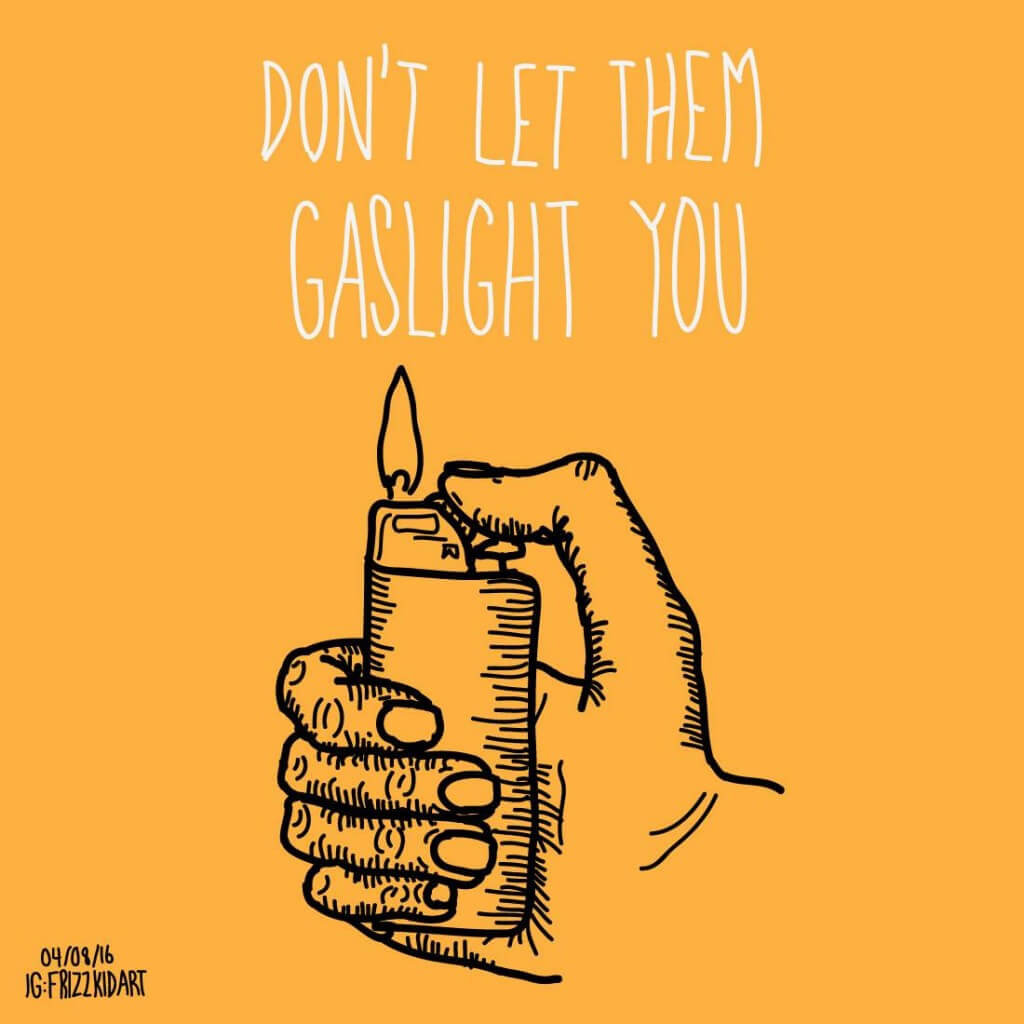 Gaslighting, often referred to as crazy making, is a type of emotional abuse. Abusers use this technique to confuse their victims. Victims become vulnerable to manipulation in this confusion and abusers, by nature, take advantage of this pliability. The term comes from a 1938 play by Patrick Hamilton. The play titled Gas Light (also known as Angel Street in certain areas) was adapted to a book as well as two films. The latest film was made in 1944. Despite its release being 72 years ago, watching the film is like reviewing a checklist of emotional abuse. Gregory Anton is a charming, older man who woos Paula Alquist, a young, aspiring opera singer. What Paula doesn’t know is that Anton is her aunt’s murderer, and he wants to steal the family’s heirloom jewels. Well, maybe the jewel thief part isn’t the most relatable, but the abuse tactics definitely are.

Author of The Gaslight Effect Dr. Robin Stern says gaslighting happens in stages. These stages can overlap and repeat. The first stage, says Stern, is “disbelief.” Gregory is the typical abuser. He is likeable and his paternalistic attitude towards his new bride is not yet taken as the patriarchal bullshit that it really is, and is instead seen as charming. When he slaps her face and acts short, it is easy for Paula to shake off this behaviour as abnormal and out of character. She does not right away identify his abusive nature. While Gregory is a good abuser, Paula is his ideal victim. Paula was separated from her mother as a child and raised by her aunt, who was murdered. She is vulnerable and keen to find a nurturing figure that will stay in her life. Gregory takes advantage of her childhood and its consequent insecurities. Stage two is “defense.” Throughout the movie Gregory tells Paula how forgetful she is often enough that she believes it. He even convinces her that she is sick. Additionally he does things like hiding certain items and then telling her that she lost them. She later finds them and is understandably confused. “Suddenly,” she says, “I’m beginning not to trust my memory at all.”

When Paula begins to suspect Gregory, he tells her she is going crazy. This happens in a lot in cases of abuse. Instead of owning up to their wrongdoings, abusers flip the accountability onto their victim. “If you don’t want that guy to look at you, why did you smile back?”, “You’re just angry with me because you are overly sensitive.” Additionally, since abusers tend to be so likeable, others, such as friends and family, may also question the victim: “Are you sure he really acted like that? Maybe you are overreacting, it doesn’t sound like him.” Paula inevitably becomes depressed, which is stage three. Thankfully it’s a movie so a handsome inspector tells her, “You’re not going out of your mind. You’re slowly and systematically being driven out of your mind.”

We find out Gregory has been going up to the attic looking for Paula’s jewels, and whenever he did the gas lights would dim. Of course whenever Paula commented on this dimming Gregory tells her she is going crazy and the lights aren’t doing anything at all. In real life we don’t get white knights and family jewels. In real life we may not realize we are being abused, and this is very scary. However, what we can do is believe victims when we hear their stories and this faith may break the cycle they’ve been enduring.