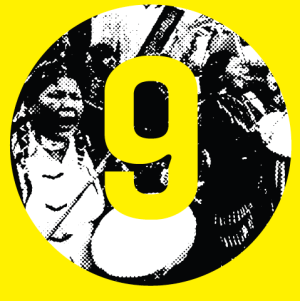 IN 2007, after just over one year in power, Stephen Harper’s federal Conservatives dealt a major blow to Canada’s aboriginals—the first of many. That year, the United Nations adopted the Declaration on the Rights of Indigenous Peoples, a non-binding international agreement designed to define worldwide human rights standards for Indigenous peoples. Canada, along with the U.S., New Zealand, and Australia, voted against the agreement. At the time, the Canadian government said it was concerned that the agreement would grant aboriginals the leeway to re-open previously existing land claims, or possibly even current ones. The government also feared, oddly, that it contradicted parts of the Charter of Rights and Freedoms. “We shouldn’t vote for things on the basis of political correctness,” Harper told media, referring to the decision. “We should actually vote on the basis of what’s in the document.”

Later, in 2010, Harper’s position softened, but only slightly. Amidst public pressure, particularly from aboriginal leaders, Canada signed a letter of support for the declaration— even though the government remained wary of its contents. This fact was reiterated in 2014 when Canada was the only country to raise objections over the declaration’s outcome document, meant to provide a framework for countries to follow and set minimum rights standards. The feds said they worried the document could provide “veto” power to aboriginal groups, despite the fact that the word veto isn’t even used in the document. Equally disappointing, it also called the agreement an “aspirational” document, suggesting it wasn’t achievable—or, at least, that the government had no concrete plans to do so.

Perhaps such sentiments shouldn’t come as a surprise. Under Harper, the federal government has also consistently chosen industry over aboriginal interest (see: the much-protested Northern Gateway Pipeline, for example); eliminated First Nation Band and Tribal Council funding for advisory services, limiting the ability of councils to assess and analyze government legislation; drastically cut funding for First Nation political organizations; completely ignored pressing aboriginal issues such as the emergency state of Canada’s murdered and missing women; and missed meaningful opportunities for change, such as it did with its bungled communications (or rather lack thereof) with members of Idle No More, one of the most significant protest movements in Canada’s history.

No wonder, then, that in 2013 when James Anaya, the UN’s Special Rapporteur on the Rights of Aboriginal Peoples, visited Canada, he declared that we are facing a “crisis” when it comes to aboriginal rights. “Amidst this wealth and prosperity,” he said, “Aboriginal people live in conditions akin to those in countries that rank much lower and in which poverty abounds.” Not much has changed since—but, by now, such a change is long overdue.