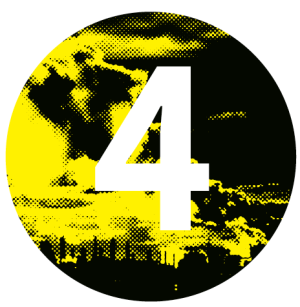 WHEN IT COMES TO THE ENVIRONMENT, Stephen Harper doesn’t have a hidden agenda—he’s always been upfront about his healthy-industry-over-healthy-Earth policies. In 2006, for instance, in his first speech outside Canada after he was elected as prime minister, he called Canada an “emerging energy superpower,” suggesting his intention to expand oil sands production. “And that has been his environment policy,” says Keith Stewart, PhD, who teaches energy policy at the University of Toronto and campaigns with Greenpeace Canada.

Since that first speech, Canada’s international environmental reputation has shifted quickly under the Harper Conservatives. We were once considered an influential environmental leader, but now are what famed environmentalist Bill McKibben calls, “an obstacle to international climate concerns.” That’s thanks to several major changes, the breadth of which we’ll review here.

INTERNATIONAL EMBARRASSMENT
After signing the Kyoto Protocol on carbon pollution in 1997, Canada withdrew 14 years later in late 2011. It’s the only country to have done so. Then in 2013, the government pulled out of the United Nations Convention to Combat Desertification—and again has done so solo. Established in 1994, the convention is a key legally-binding international agreement addressing environment, development, and sustainability. Listen: you can hear Canada’s diplomatic credibility crumbling.

DEMOLISHING LAWS
In 1992, the Government of Canada enacted the Canadian Environmental Assessment Act, created to evaluate and mitigate negative environmental effects possibly caused by industrial projects. In 2012 the entire act was repealed and replaced with “CEAA 2012.” The new version applies to a much smaller scope of projects, expands ministerial discretion, and narrows the scope of assessments. The Canadian Environmental Law Association called this “an unjustified and ill-conceived rollback of federal environmental law.”

RUINING PROTECTIONS
Besides weakening The Fisheries Act to the point where it doesn’t protect most fish, the Cons have also rewritten The Navigable Waters Protection Act so that it no longer protects most lakes and rivers. “There is no environmental protection for our waters unless there’s a commercial aspect to it,” says Louwe. Since Canada contains 20 percent of the world’s fresh water as well as the world’s longest coastline, changes to these acts are of worldwide concern.

SILENCING SCIENCE
After Environment Canada senior research scientist David Tarasick published on one of the biggest ozone holes ever found over the Arctic in 2011, he was forbidden to speak with media for nearly three weeks. Once given permission, his calls were supervised by Environment Canada officials. In speaking of the incident, he wrote to a reporter, “My apologies for the strange behaviour of EC [Environment Canada],” adding if it were up to him, he’d grant the interview.

All federal scientists now face regulations from Ottawa deciding if they can talk, how, and when. Approved interviews are taped, and often approval is not forthcoming until after deadlines have passed. When this happens, journalists receive government-approved written answers. Between 2008-2014, the federal government cut the jobs of more than 2,000 scientists. In 2014, it announced plans to close seven of its 11 Fisheries and Oceans Canada libraries.

HIT ’EM WHERE IT HURTS
Environment Canada, the government department charged with protecting the environment, is quickly having its capacity drained. Between 2010- 2012, the federal government cut 20 percent of its budget (made official right after the Cons became a majority), and from 2014– 2017 another 28 percent will be cut. This translates to hundreds of job losses and lost programs.

Environment Canada’s ozone-monitoring program, host to the world’s archive of ozone data and relied upon by scientists worldwide, several monitoring stations closed due to lack of funding, and the lone person running the archives was laid off.

The list goes on: the National Round Table on the Environment and the Economy, which has provided research on sustainable development since 1988, and was established by a previous Conservative government, is no more. Also included in the cuts: Monitoring for heavy metals and toxic contaminants, the Climate Action Network, Sierra Club of B.C., The Canadian Foundation for Climate and Atmospheric Sciences, and many other organizations.

AUDITS
Meanwhile the Canada Revenue Agency (CRA) is auditing charities. In 2012 the government tightened rules and created a special budget so the CRA could check on charities’ political activities. EthicalOil.org, founded by Harper’s aide Alykhan Velshi, made a series of complaints to the CRA about environmental groups. The David Suzuki Foundation, Tides Canada, Equiterre, and Environmental Defence, three of those EthicalOil.org targeted in its complaints, were audited—though the government denies any link with CRA’s activities.

THE KICKER
“I think C-51 should just be repealed because of the way it targets First Nations and environmentalists,” says U of T’s Stewart. This piece of legislation, adopted in June, adds power to security agencies collecting information on anything that “undermines the security of Canada,” including interfering with economic stability or “critical infrastructure.” It also gives the Canadian Security Intelligence Service power to react to these perceived threats. Many environmentalists and activists believe this means them. An RCMP document obtained by Greenpeace labels the “anti-petroleum movement” as a growing and violent threat.“There’s not much more damage that one person would be able to do to the environment of a country,” says Vancouver’s Louwe, referring to Harper.

And yet, the Harper government hasn’t managed to build any pipelines. In the face of such blatant injustice, Canadian people have risen up, building a stronger environmental movement that is not only more resolved, but broader, including people from a wider range of backgrounds and interests than before. And Stewart points out that although this government has done a lot for industry, the more obvious it becomes to the public that its government is acting as a cheerleader for big oil, the less social licence industry has in people’s minds. And this means that whatever the legacy of the Harper government leaves us, it also leaves a more politicized, involved, and activated country of people who will do what it takes to protect what matters.