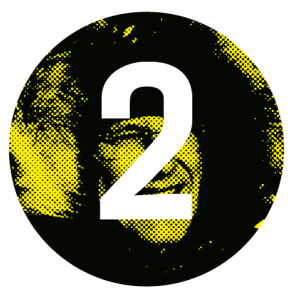 THERE ISN’T MUCH OF A GROWING SEASON in Old Crow, the Yukon’s northernmost community. Yet a vegetable garden has flourished there for the past three years, thanks to the efforts of the Vuntut Gwitchin First Nation and funding, in part, from the territorial government. In June, residents planted cauliflower, garlic, kale, cabbage, onions, potatoes, lettuce, celery, and tomato plants. Already, the raised beds and two greenhouses, located in Old Crow’s tiny downtown area, boast green leaves and stalks poking up through the soil.

It’s not a cheap project to run—because of permafrost, growing soil has to be flown to the community. But Vuntut Gwitchin staff say the garden is important for the community, to provide both a place for people to come together and fresh, locally-grown food. Old Crow isn’t accessible by road, so groceries arrive on a plane and they’re expensive. “Because we’re so far north, there’s a sense of pride in what can be grown,” says Lindsay Johnston, the First Nation’s recreation coordinator. “Here’s this good local food. You know where it came from.” The garden is a grassroots effort to increase Old Crow’s food security and affordability.

Johnston says produce availability and prices have improved since a new co-op grocery store opened in town, but she admits costs are still much higher than in southern Canada. A pineapple, for example, costs $9. A two-litre carton of milk costs about $7.99. A bag of cherries costs $12 per pound.

Food’s hefty price tag is a problem in northern communities across the country, from the Yukon to Nunavut to Labrador. As an attempted remedy, the federal government introduced the Nutrition North program in 2011, offering retailers subsidies on staple perishable items such as eggs, milk, meat, and frozen fruits and vegetables. Retailers are then responsible for selling these goods at a discounted price.

But an audit completed by the Attorney General of Canada in the fall of 2014 found that Aboriginal Affairs and Northern Development Canada (AANDC) hadn’t properly verified whether retailers were doing this. It’s not the only Northern issue that critics argue the government has bungled. They point to a overall flawed approach to dealing with Canada’s massive North.

Take, for instance, Prime Minister Stephen Harper’s six-day sojourn across the region, which last year cost taxpayers more than $786,000—at the same time many Northerners struggle daily to pay for food and housing. Harper’s annual tour of the North has been described by some as nothing more than a photo op, a hurried trip of funding announcements, staged photos with beautiful backdrops, and little else. Yet Harper claims to love the North; he’s said before his tour is the highlight of his summer. (This year, he didn’t embark on the journey; instead he’ll be focusing on the October election, according to reports.)

On these tours in the past, Harper has posed for photos wearing a parka, firing a gun, and eating seal meat. He’s called the expansive area “a great treasure house” due to its plentiful minerals and resources. But does his emphasis on resource development and Arctic sovereignty come at the expense of giving proper attention to the North’s social issues, such as health and lack of affordable housing? Reporters have questioned him about this, and about whether he’s left social problems up to the territorial governments—but have received few satisfactory answers. Mental health services remain a grave concern for northern residents, particularly in Nunavut, where the suicide rate is the highest in Canada. The territory of 36,000 experienced 45 suicides in 2013, a record number, and 27 in 2014, including that of an 11-year-old boy. Yet, on his Northern tour last summer, Harper made no mention of mental health, even though he stopped in the suicide capital.

“Our government understands that Canadians who live, work and raise families in this part of the country face unique challenges,” the prime minister said at the tour’s kick-off in Whitehorse. “Let’s call them Canadian challenges because after all Canada is the North and the North is Canada.” The key to transforming these challenges into opportunities, Harper said, is—apparently—scientific knowledge
and discovery, going on to announce a new $17-million Arctic program through the National Research Council.

The cries for an inquiry into missing and murdered aboriginal women are also heightened in the North. Rates of violence against women are significantly higher in the territories than in the rest of Canada: four times, nine times and 13 times the national average in the Yukon, NWT, and Nunavut, respectively. Despite this, Harper has rejected calls for such an inquiry. While in Whitehorse last summer, he said the country’s 1,000-plus cases of missing and murdered Indigenous women and girls aren’t a “sociological phenomenon,” but a crime. Opposition leaders and aboriginal organizations quickly, and harshly, criticized Harper for his remarks. Marian Horne, president of the Yukon Aboriginal Women’s Council, told the Whitehorse Star his comments showed the prime minister’s “flagrant disregard” for First Nations people and their well-being.

Yukon First Nations chiefs were also angered over the federal government’s Bill S-6. Approved in the House of Commons in June, it contains amendments to the Yukon Environmental and Socio-economic Assessment Act. The chiefs have vowed to fight the bill in court, arguing they had no input on four amendments they say violate their land claim agreements and threaten the independence of the assessment board. And in Nunavut, trouble is brewing between the territory’s planning commission and the Harper government. Last year, the commission sued, accusing Ottawa of trying to interfere in a land-use plan for future development in the territory. Created out of the 1993 Nunavut Land Claim Agreement, the commission alleges AANDC refused to provide $1.7 million needed to conduct a final public hearing on the plan, required before it can become law. Then head of the commission, Percy Kabloona, told the Canadian Press at the time that the federal government has shown little support for Inuit management of their own lands.

Meanwhile, back in Old Crow, residents continue to tend to and take pride in their garden. Caitlin Cottrell-Lingenfelter, the Vuntut Gwitchin’s director of health and social programs, says she understands the premise behind Nutrition North, but it just hasn’t worked for people in the country’s remote communities. Bluntly put, she says, it’s failed. The same could be said for much of Harper’s actions, and inactions, in the North.