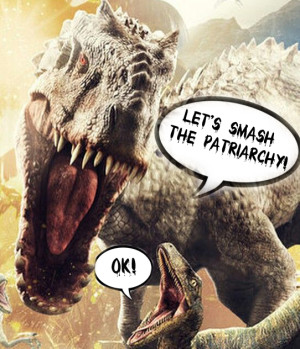 I didn’t exactly expect Jurassic World  to be feminist savvy—it’s largely about capitalizing on nostalgia and making a bunch of dinosaurs run around. Dinosaurs, after all, are big bucks: as of July 26 the film has grossed $1,542,568,684 worldwide. They’re also very cool and I’ll admit I saw the movie twice. Even if the franchise isn’t working for feminist points, though, it is interesting to note that 22 years after Jurassic Park was released, that first film of the franchise remains much more feminist than those that followed it. So, feminism can happen in a dinosaur movie, the filmmakers  of Jurassic World apparently just didn’t want it to. Because the movie is lazy with its writing it relies on characters being one dimensional. Here is a breakdown of the film’s characters First spoiler: The dinosaurs are symbolism for divorce. 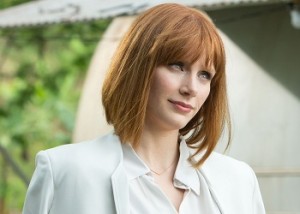 Right away the audience is told that Claire is a bad, bad girl for having a career and no kids. But it isn’t that she doesn’t want kids, she just hasn’t met the right man … yet! I think she was supposed to appear progressive: she has a career, controls the park, has a no-nonsense attitude and doesn’t take the male hero’s arm for help. And yet, early on in the movie, she is vilified for having a career. She is bossed around by men who appear to actually control the park, and her no-nonsense attitude is meant to read as bitchy and stupidly cocky. As for not taking Owen’s arm when running, great. Maybe she should have ditched the heels though. No one can do all the stuff she did in heels without getting seriously injured, but this is an example of her cockiness getting in the way of good decisions. Who wears all white and heels in a jungle? We know Claire toughens up throughout the movie because her iron straight hair do turns into tousled waves, and she ties her shirt up in a way reminiscent of Jurassic Park’s Dr. Ellie Sattler. In the end, Claire has a man to make a baby with and they walk off together. The predictability of this is as gross and boring as the fact that all the dinosaur parts are over at this point. 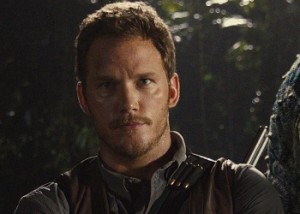 Owen is the movie’s alpha male hero. He is big, strong, handsome, and savvy. He is the alpha of an all-female velociraptor pack. He knows everything; he’s super great. He has heart, he has brawn, and Claire gets super blush when her nephews (who proclaim they want to stick with this man and not their aunt) call him her boyfriend. Oh gosh, he is just great and will make a wonderful father to the children Claire is finally going to have- blah blah blah. 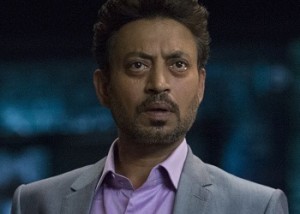 Simon is supposed to be that cool, fun business man we all wish existed. Except, any good boss (good by capitalism’s standards) acts this way. He’s the, “C’mon, we’re a family. Don’t disappoint your family. I’m not just any boss, I’m a cool boss,” kind of boss that actually endangers everyone for the sake of profit. 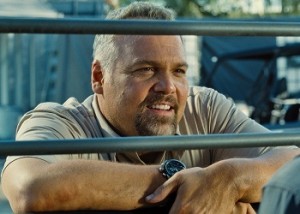 Vic wants to be the alpha male. He wants to turn the super cute raptors into weapons in the US army. He isn’t as handsome as Owen, so we know not to like him.

I don’t think Barry has a last name. Some other characters don’t either, but unlike Barry they are on screen for just a few minutes. The only black character, he is there to “help” the white characters by trying to talk sense to them in regards to using the raptors, and by being Owen’s right hand. He has an animalistic demeanour, which is sadly pretty common for characters of colour. This move lacks originality, weird for a movie about bringing dinosaurs back to life. 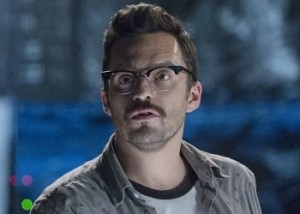 What a loveable dork. Lowery makes jokes and wears glasses. His work station is surrounded by toy dinosaurs and his manliness is called to question a few times: Vic steals his fountain pop, his female co-worker won’t kiss him, and he is ordered to “be a man for once.” When he leaves his station at the end, Lowery keeps only one dinosaur, perhaps to show he has become more of a man after all this excitement. 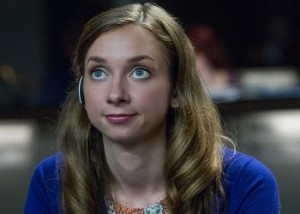 I think a feminist joke was attempted with Vivian’s character. When she leaves and Lowery tries to kiss her she says no, because she already has a boyfriend. She’s already owned by another dude, Lowery, go be a man! 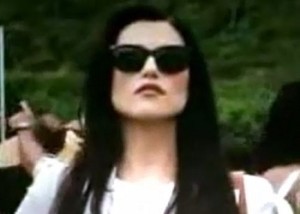 Zara is tasked with watching Claire’s visiting nephews. She isn’t good with kids and she is heard on the phone saying she doesn’t want her fiancé to have a bachelor party, so we know we don’t like her. And because she is not to be liked, she is killed in a pretty unnecessarily violent and drawn out way. 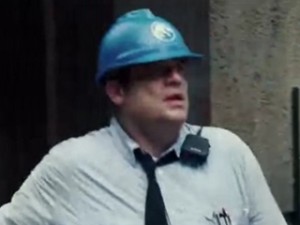 The purpose of Nick is to remind us all that fat people are stupid and lazy. He is shown eating at his desk—something no good, thin folk ever  do—and making poor decisions. Unlike Owen, he runs from danger. And when he hides he does so in the open, crying. His tears show he can not perform his gender properly, so he must die. 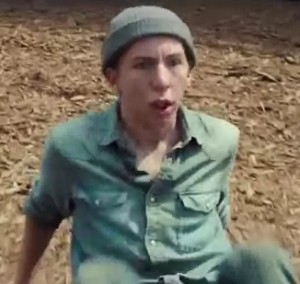 Leon is on screen long enough to fall into the raptor’s home and scurry away. As he and his skinny body get to safety, he watches big, strong Owen save the say. He is definitely not an alpha male. He is more like the Simpsons‘ squeaky voiced teen. 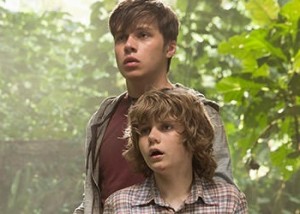 Zach is tough and looks at girls all day, even though he has a girlfriend who loves him at home but he doesn’t love her back because he’s cool. Gray is the smart geeky kid. Gray cries, Zach protects. They don’t do much except put others in danger. Gray does tell Owen not to say the word “bitch.” So, that was cool. The boys link their fear of human eating giants with their parents impending divorce throughout the film. Coming from a broken home, I personally, wouldn’t be so reflective of issues outside of aforementioned giants, but hey. 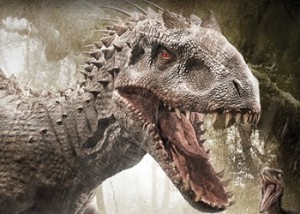 (If you don’t get this, check out Bikini Kill)

The movie ends with people using the dinosaurs to fight each other, much like how the rich manipulate the working class.

As for the Bechdel Test, this movie should not pass. The criteria for the test is pretty easy to pass, but movies rarely do. The three parts are:

1. At least two named women need to be in the movie.

2. They must talk to each other.

3. About something besides a man.

When Claire talks to her sister, or to her assistant, it is about her nephews. Even when the two female dinosaurs have a chat it is about the men around them.

Forever Team Dinosaur, this feminist suggests we all watch the original movie, or better yet, read the book.

All character photos are from TV Tropes.