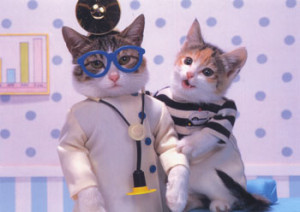 In early March, the College of Physicians and Surgeons of Ontario released a draft policy paper saying doctors could no longer deny patient care based on moral or religious grounds. The Professional Obligations and Human Rights policy requires doctors who limit the care they provide based on beliefs—such as refusing to prescribe birth control or provide abortion services—must refer the patient elsewhere, without interference.

In addition to having to refer patients elsewhere (in other words, to doctors who don’t decide who is and isn’t morally worthy of care), doctors will have to explain to their patients, directly and with sensitivity, why they are not willing to recognize things like women’s reproductive rights.

The policy reads: “While the Charter entitles physicians to limit the health services they provide on moral or religious grounds, this cannot impede, either directly or indirectly, access to care for existing patients, or those seeking to become patients.”

Um, how has this not happened yet? How is this even a thing?

I was naive enough to think the primary concern of health care professionals was the health of their patients. But this is clearly not the case—and some medical professionals appear upset their personal beliefs can no longer trump proper care.

Take, for instance, the Christian Medical and Dental Society of Canada. The organization, whose members take pride in what they believe to be moral integrity, held a press conference on the March 25 to announce it has filed an application asking the court to realize this new policy breaches sections of the Canadian Charter of Rights and Freedoms. As reported by the Toronto Star, Health Minister Eric Hoskins recently told reporters: “They’ve been given an alternative. None of this is forcing anything . . . all that’s required of them is providing timely access to another health care professional.”

But to provide such access would be to value reproductive rights—and that’s always been a scary thing for some people, and too often it’s those same people who are in power.