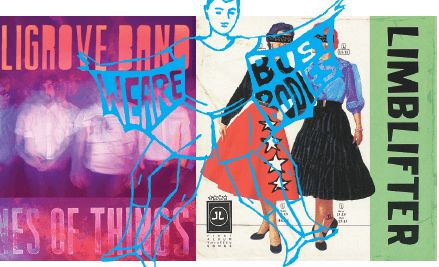 With this his final column in the print edition of This, MASON WRIGHT begins a regular series profiling independent Canadian record labels for this.org. Here is his first, from our Jan/Feb 2015 issue.

CANADA IS HOME TO DOZENS of small and independent record labels that nurture the development of emerging artists in every part of the country. Often these labels represent the breeding ground for musicians who end up filling the rosters of larger and more established labels both within our borders and abroad. Despite this vital role, the public profile of labels like We Are Busy Bodies and Sonic Records is low. This ongoing series is an attempt to correct that by telling the stories of the indie labels that help musicians realize their potential.

The We Are Busy Bodies you see in 2015 is in many ways similar to the label Eric Warner launched 10 years ago. As a concert promoter in Toronto in the early 2000s, Warner became friends with local and touring musicians and wanted to contribute to their success by releasing their records. That hasn’t changed.

“I release records and work with musicians because I am passionate about music and want to be able to champion what I believe in,” says Warner, who also manages bands. That doesn’t necessarily leave the label with a signature sound, however, and Warner reports that the label is run “in an extremely biased manner.”

“We release music that we enjoy and work diligently in sharing it with others, hoping they have a similar reaction as we do,” he adds. “We have released folk, punk, noise music, rock and every other subgenre that could be associated.” Perhaps typically, this includes projects few other labels would consider: LP re-releases of seminal albums that were never available on vinyl (Limblifter’s self-titled 1996 album) and comeback records from local favourites with smaller followings (Meligrove Band’s Bones of Things).

With almost 50 releases under his belt and seven more planned for 2015 (along with the creation of a subsidiary label), Warner expects We Are Busy Bodies to continue to be a learning experience. “There is an element of trial and error as you’re always exploring new avenues to support your releases, sell product and monetize to support the infrastructure,” he says, “but it’s definitely become easier.”