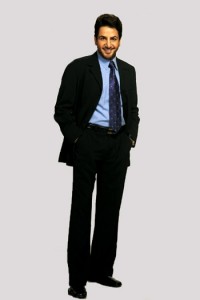 Gurdas Maan had to do a makeup concert on Monday after police shut down his Sunday night show in Calgary.

12,000 people showed up at the Telus Convention Centre in Calgary on Sunday night to see a concert by Punjabi singer Gurdas Maan. According to the Calgary Herald, about 10 of those concertgoers were wearing Kirpans, the ceremonial dagger worn by some observant Sikhs. When security guards at the venue refused those people entry, citing the blades as the reason, there was some, shall we say, disagreement about the sensibility and sensitivity of this decision. Views were expressed, opinions aired, and it ended with the police shutting down the whole concert at 9:30 pm, arresting a bunch of people, and dispersing the crowd into the night.

Some of you will remember that we already settled the whole Kirpan issue in 2006, when the Supreme Court of Canada ruled (in Multani v.Commission scolaire Marguerite‑Bourgeoys) that wearing the Kirpan fell under the protections of reasonable accommodation in the Canadian Charter of Rights and Freedoms, and therefore a 12 year old student could wear his Kirpan in class, despite the fact that his school had a no-knives rule. Not all knives are created equal, the court decided. Some of them are religious symbols, and we protect people’s religion around these parts. If you can wear a Kirpan to math class, wearing one to a pop concert isn’t a big deal.

It appears that the Telus Convention Centre bouncers didn’t get the memo. Not that we expect all concert bouncers to be totally up to speed on their constitutional law all the time, sure, but really: a handful of old guys attending a concert with their families? For this you shut down a concert by “India’s Michael Jackson,” as the Calgary Herald calls him? Let’s display a little common sense, shall we?