In the last decade, the definition of sexual assault has grown to encompass more hateful or taboo acts. Most Canadians now recognize terms like incest, molestation, pedophilia, rape, and victim blaming. Many people even recognize these words can be a painful trigger to victims. Unfortunately, this does not mean we know the meaning of these words. Even with more commonly used terms—like consent or rape—the nation still has trouble recognizing it for what it is. Especially in terms of consent and consent and consent.

For a long time, many Canadians never wanted to talk about rape. Some still don’t. When the nation finally started talking about it, people believed rape was only executed by strange, unknown men to an unsuspecting women. Some still do. Now we’ve moved on to knowing rape can happen to men, to trans women, to trans men, and to women who know their attacker. But maybe hearing the cases and “knowing” is not the same as understanding.

Thirty years ago, This Magazine discussed the ever controversial meaning of rape. Much has changed, but sometimes I have to squint to spot the difference. From our August 1984 issue by Anne Innis Dagg, “Rape’s Progress”: 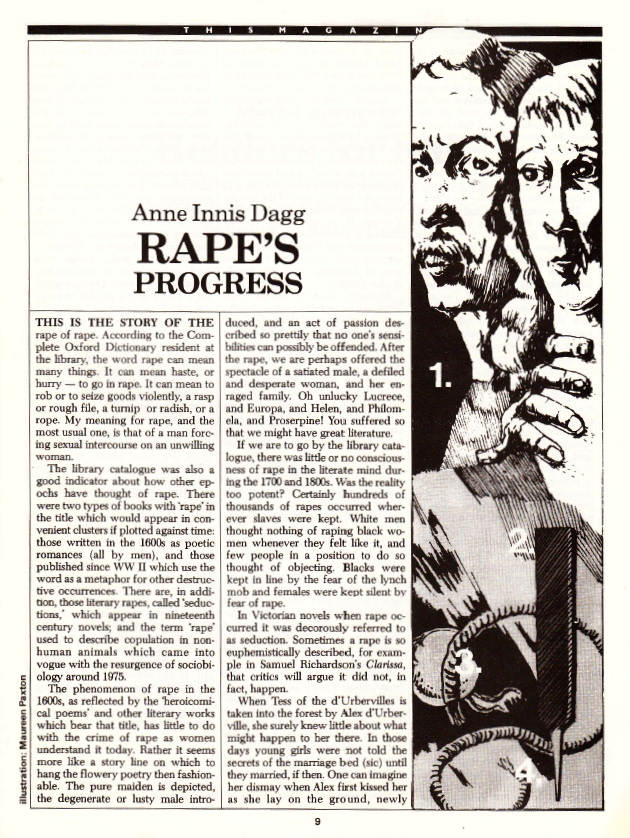 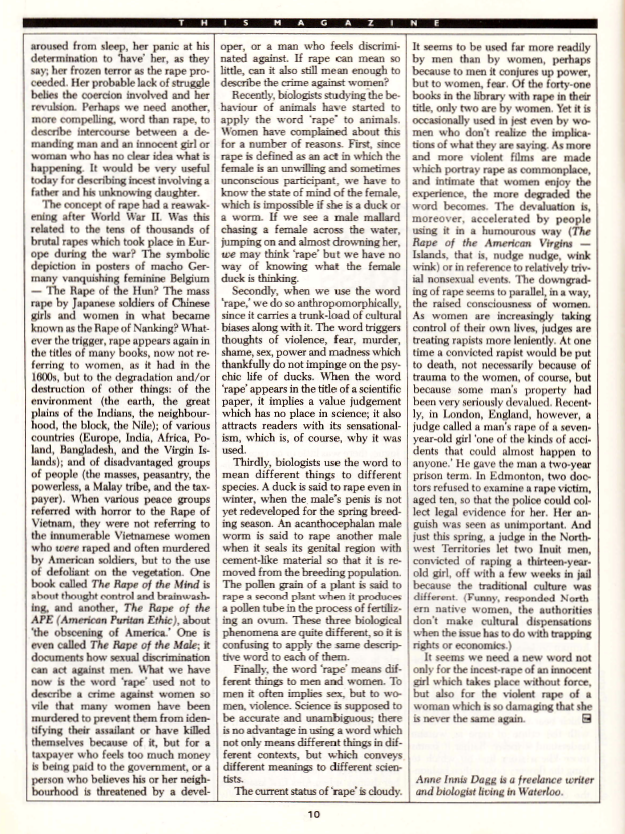