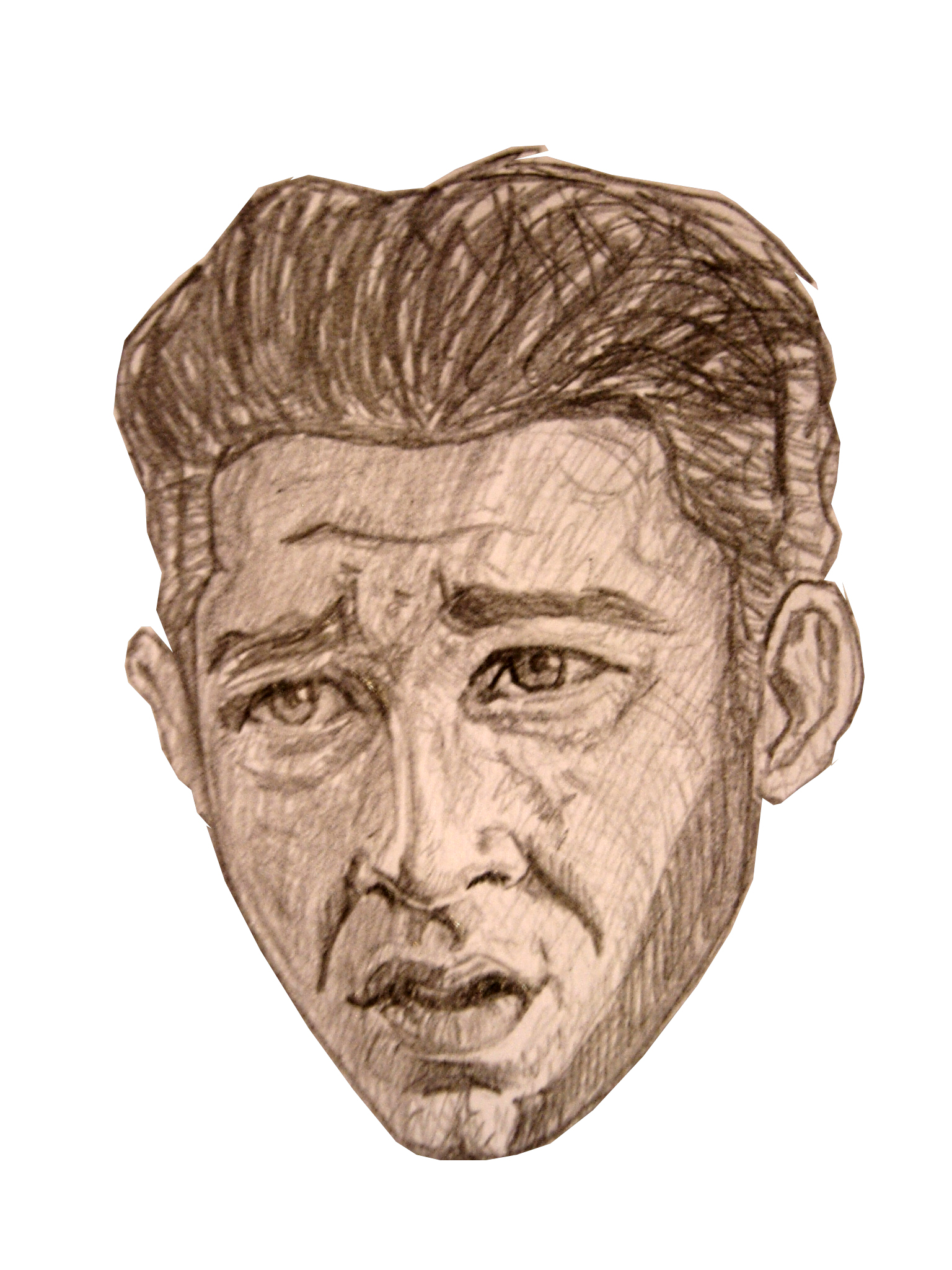 How we imagine an “arty” Shia LeBeouf may look  || By User:Wiki Lon (Own work) [GPL (http://www.gnu.org/licenses/gpl.html)], via Wikimedia Commons

When male celebrities implode on the world stage, they’re arty heroes. When women do it, they’re called “troubled” and worse

Did you miss the recent Valentine’s Day announcement that winning warlock Charlie Sheen is getting married for the fourth time? Maybe you were busy having a life, or watching season two of House of Cards (SO GOOD!) or let your subscription to Winning Warlock Weekly lapse.

Who can blame you after Sheen’s well-publicized 2011 meltdown, or “meltforward” as he called it, complete with truth torpedos, goddesses and weird rants about tiger blood. The media covered Sheen’s meltdown—I refuse to make meltforward happen—like it was a sitcom or comedy tour, wondering what hilarity and hijinx Sheen would get up to next. His history of violence against women, substance abuse, anti-Semitism and responsibility for making #winning happen were largely swept under the rug. Sheen’s behaviour was often described as “antics” or dismissed, as “hey, look Charlie’s being zany again.”

In fact, during his meltdown heyday, Sheen was treated like a rock star. He landed a Rolling Stone cover and made several primetime appearances that provided him ample airtime to explain himself and his behaviour. Sheen was also the highest paid television actor at the time—earning a reported $1.8 million (US) per episode of Two and a Half Men. That kind of cheddar buys a lot of bowling shirts. Sheen’s mental state may have been questioned during his meltdown, but not nearly as much as that of a 2007 meltdown era Britney Spears.

Sheen’s media image hasn’t changed much since 2011. Coverage of his recent engagement largely laughed off his 2011 “antics,” instead focussing on his desire to have children with his new bride. No mention was made of Sheen’s history of domestic violence or lacklustre parenting record. Does this man even have custody of any of his other four children? Do his children just go directly from the womb to Denise Richards’ care?

Compare coverage of Sheen’s meltdown to that of Drake-lover Amanda Bynes or an umbrella-wielding Britney Spears and it doesn’t take long to see the double standard when it comes to celebrity meltdowns. At the same time Sheen was gracing the cover of Rolling Stone, Lindsay Lohan appeared on the cover of Vanity Fair in a piece that painstakingly detailed Lohan’s substance abuse issues and legal troubles. It also made frequent reference to her haggard appearance and questioned whether she would ever, ever get her once promising career back on track. The verdict: no. Sheen #winning. Lohan #tragic.

But Sheen’s not the only one benefiting from the media’s double standard. Once squeaky clean pop star Justin Bieber has had a DUI arrest, disrespected Bill Clinton while peeing in a restaurant mop bucket, egged a neighbour’s house, been photographed sneaking out of a Brazilian brothel and sparked a US petition to deport him. He also wants to change his name to Bizzle, which is not technically a crime, just kind of a crime against humanity.

Media coverage of Bieber largely downplays the severity of his troubles, chalking them up to growing pains as the singer transitions into adulthood and sheds his Bieber skin to become Bizzle. Like Bieber, both Bynes and Lohan started out as child stars, but their troubles are rarely attributed to growing up, instead the media focuses on their mental state or their drug use. At least Bieber is allowed to grow up. If the media had their way Miley Cyrus would remain in a perpetual state of Hannah Montana.

Despite finding drugs on his tour bus, pilots on his plane having to wear gas masks (is that even safe?) cause the marijuana smoke was so thick and sources close to Bieber—I refuse to make Bizzle happen—concerned about his addiction to Sizzurp (Google it) and pot, Bieber’s substance abuse and troubled behaviour has largely been portrayed as socially acceptable teenage rebellion. Again, none for you Miley.

Writing after Bieber’s recent surrender to Toronto police for allegedly assaulting a limo driver the media wondered if maybe this was all a carefully constructed public relations move or an image rebrand designed to improve Bieber’s bad boy image. Hey, it worked for Sheen—who I would like to point out is worth a reported $125 million (US). The media noted that Bieber’s record sales weren’t what they used to be. Perhaps vandalism and monkey abandonment were just the thing to get the record buying public interested in him again.

For Bieber being a bad boy is good for business. Not so much for Lohan. Her last film The Canyons was largely panned before it even hit theatres. Reviewers seemed unable to separate the Lohan they saw on the big screen with the Lohan they saw on the TMZ small screen. Lohan is definitely not the worst thing about The Canyons—next time perhaps the director could avoid hate filming his actors or people could remember that Bret Easton Ellis-penned characters are largely vapid and often laughable—but almost every review focussed on Lohan’s performance and never missed an opportunity to refer to her as “embattled actress Lindsay Lohan” or “troubled startlet Lindsay Lohan.” Chris Brown is always just Chris Brown not “Rihanna beater Chris Brown” or “violent misogynist Chris Brown” or “serial douchebag Chris Brown.”

Even if being a bad girl can be good for business the media is quick to remind us that this fame and success could vanish at any minute. During her meltdown days Spears made some questionable choices—shaving her head, marrying Kevin Federline, hanging out with Paris Hilton, just to name a few—that the media will never let her forget. Despite media concern over her post-meltdown career, Spears continues to top the charts, judge The X Factor and headline a two-year Vegas residency. Despite this, the majority of her media coverage never fails to mention her quickie marriages and rehab visits and suggests that another meltdown might be waiting just right around the corner.

And then there’s Shia LaBeouf. Where do we even start? If you’re just joining the LaBeouf crazy train already in progress he’s been plagiarizing people, punching people, walking out on press conferences while plagiarizing people, punching people at bars, fighting with Alec Baldwin and just generally behaving bizarrely. Rumours of substance abuse have long plagued LaBeouf. He generally brushes them off as “method acting” or blames others for not understanding his intensity (read: love of the sauce).

LaBeouf’s latest stunt involves his announcement that he is retiring from acting, followed by an appearance at the Berlin Film Fest for the premiere of Lars von Trier’s Nymphomaniac sporting a paper bag over his head with “I’m Not Famous Anymore” scrawled on it. It turns out this was all part of—wait for it—a performance art piece called #IAMSORRY that LaBeouf was mounting in Los Angeles. The performance involves LaBeouf sitting silently in a dark room with the paper bag over his head and various mementos from his career; including Indiana Jones’ crystal skull and a Transformers action figures. I give his show three 2009 Joaquin Phoenix’s out of five. Can’t LaBeouf just join General Hospital like James Franco did?

Media coverage of LaBeouf’s meltdown in the name of art has largely focussed on his eccentricity—there’s those zany antics again—and his valuable contribution to the dialogue around performance art. One media outlet even gathered a panel of performance artists to discuss LaBeouf’s work with one going so far as to say: “he’s starting a broad cultural discussion that needs to be had.” Way to go, Even Stevens—LaBeouf was a child Disney star too, but we don’t get reminded of this nearly as much as we do with Miley.

By embracing his performance art angle the media legitimizes LaBeouf’s bizarre antics. There’s no mention of his mental state. No mention of whether his career will ever recover. Media coverage of Bynes’ meltdown focused largely on her physical appearance, commenting on what she wore and how much her appearance had changed—and not in a good way—since her “25 Hottest Stars Under 25” days in 2006. Media rarely comment on LaBeouf’s appearance or commented on Phoenix’s I’m Still Here appearance, despite the fact that both of them are definitely less dashing as performance artists.

While the media regularly updates us on Sheen, Bynes has received little post-meltdown coverage. She’s doing better—having spent time in rehab and away from Twitter—but the media only likes a redemption story if there’s a male protagonist. Bynes only gets the meltdown and then she’s tossed aside. And while the Bynes story has a happy ending, that’s not always the case. If Lohan or Bynes were to die they would get a media circus of Whitney Houston proportions not the respectful coverage afforded Philip Seymour Hoffman or Heath Ledger.

I hope it doesn’t come to that, and that Lindsay’s actually been punking us all this time. Soon she’ll announce it’s all been one big performance art piece. If she did, the media would no doubt accuse her of stealing LaBeouf’s paper bag.