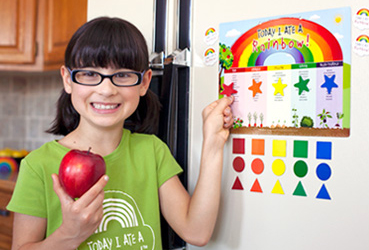 When I was nine years old I was reading The Baby-sitters Club and eating, what some would say to be, way too much lasagna. This nine-year-old girl, however, left her home in Kelowna, B.C. to attend the 2013 Annual Shareholders’ Meeting for McDonald’s Corporation in Chicago on May 23—and it wasn’t for a sneak peek at the new Epic toys offered with a Happy Meal. In fact, Hannah Robertson told McCEO Don Thompson that such ties with kids’ toys in their advertising wasn’t cool, “Something that I don’t think is fair is when big companies try to trick kids into eating food that isn’t good for them by using toys and cartoon characters,” says Robertson. “If parents haven’t taught their kids about healthy eating then the kids probably believe that junk food is good for them because it might taste good.” Thompson gave Robertson a patrionizing props for liking her veggies but not before starting with, “First off, we don’t sell junk food, Hannah.”

The definition of junk food is food that is high in calories with little nutritional value. Like a 570 calorie McDonald’s hamburger happy meal, almost half of a child’s needed daily calorie intake, full of obesity causing refined carbohydrates. Maybe Thompson wasn’t paying attention in his own third grade class.

The dramatic increase in overweight children, reported by the Childhood Obesity Foundation, leads to obesity in adulthood. Makes sense that Toronto’s top public health official is urging the city, if not the entire province, to make restaurants list their nutritional information. Dr. David McKeown would like to see a Toronto bylaw that makes chains with 10 or more restaurants, or have $10 million in gross revenue, list the calorie and sodium counts on their menus. This kind of transparency will help Canadians dining out, in a time where it is even risky to eat at the family table.

An April 11, 2013 CBC article reads, “Thousands of products in Canada’s food chain contain some form of a genetically modified item—and because there are no mandatory labeling requirements, it’s difficult for consumers to know which ones do.” Monsanto is a $58 billion multinational corporation known for producing Agent Orange, creating pesticides to kill living things, and for engineering seeds that are genetically modified to survive the lethal chemicals. The company controls much of the world’s food supply and is under deserved scrutiny for using genetically modified organisms (GMOs) to create super foods, such as tomatoes that stay ripe longer and corn that causes tumours in lab rats. Last weekend the world staged a protest against the corporate giant: March Against Monsanto happened May 25, 2013. Fifty-two countries and 436 cities took part. “These aren’t natural products, they’re Franken-food,” Rose Stevens, a protest organizer, tells Winnipeg Free Press. Some protesters want GMOs abolished while others simply wish to have foods containing GMOs labeled.

Canada may not be like Hungary, where 1,000 acres of GMO corn was burned in protest of Monsanto, but the march was a start. And, after our Canadian heroine spoke at the McDonald’s shareholders meeting, advocacy group Corporate Accountability International (CAI) is telling McDonald’s to stop marketing to kids and hiding their food’s health risk  with “slick nutri-washing campaigns.”